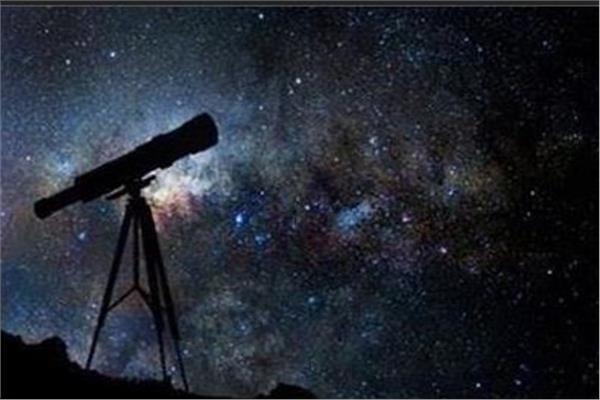 Dr. Ashraf Tadros, former head of the Department of Astronomy, published, at the National Institute for Astronomical and Geophysical ResearchThe most important astronomical events for the month of April 2022.

Tadros said, through his page on the social networking site “Facebook”: Please bear in mind that all observations of phenomena andastronomical events It requires a clear air and a sky free of clouds, dust and water vapor.

He summed up “Tadis astronomical events” during a month in a number of phenomena, namely:

The moon rises with the sun and sets with it on that day, as the moon’s luminous face is toward the sun and the dark face is toward the earth, so the moon will not be visible in the sky all night on that day, and it is the best time of the month to observe faint celestial bodies such as galaxies, star clusters, and stars of distant constellations. Accordingly, the first appearance of the crescent of Ramadan will be on Saturday, April 2nd.

April 5 – conjunction of Mars and Saturn

Mars is in conjunction with Saturn since their sunrise at 3:30 in the morning on this day until they disappear in the momentum of the morning twilight as a result of the rising sun.

The juxtaposition of these two planets can be observed from April 3 to 7 in the morning on this date as well.

The moon is associated with the star Pollux (Beta Gemini/twin) on this day, as we see them next to each other in the sky at nightfall and until their sunset at half past one in the middle of the night.

The moon is associated with the star crowd, the beehive in Cancer, where we see them next to each other in the sky at nightfall until sunset at two in the morning of the next day, knowing that seeing this scene requires magnifying glasses or a small telescope, as the star crowd beehive is not seen with the naked eye. !

The moon appears to us as a full moon in the period from April 15 to 17, when the naked eye cannot distinguish the entire rotation of the moon’s disk. As for the height of the full moon, it will be on April 16, God willing, when the moon’s disk is completely complete and its brightness reaches 100%.

This full moon is known to American tribes by many names indicating the time of spring, the most famous of which is the pink moon, where spring flowers begin to appear at this time of the year.

This phenomenon occurs annually between 16-25 April, and peaks on 22-23, and these meteors are seen as if they were coming from the constellation Lyra (Hyrep).

The harp meteors are produced from the remnants of comet C/1861 G1 Thatcher, discovered in 1861.

The number of meteors in it reaches about 20 meteors per hour and can be seen with the naked eye provided that the sky is dark and free of clouds. The light of the moon this year may obscure the glow of some weak meteors. The best viewing is from a completely dark place away from the city lighting, from after midnight until dawn Daybreak .

Venus and Jupiter are also conjunct on April 30… These conjunctions occur at dawn, approximately two hours before sunrise, until the phenomenon disappears in the momentum of morning twilight as a result of sunrise.

April 29 – Mercury at its greatest elongation

Solar eclipses always occur when the moon is new, so there is a partial eclipse of the sun on this day, but it is not visible in Egypt or the Arab region, where it is visible only in the southeastern Pacific and southern South America, and it is best seen in Argentina.

The moon rises with the sun and sets with it on that day, as the moon’s luminous face is toward the sun and the dark face is toward the earth, so the moon will not be visible in the sky throughout the night.. It is the best time to observe faint celestial bodies such as galaxies, star clusters, and stars of distant constellations.