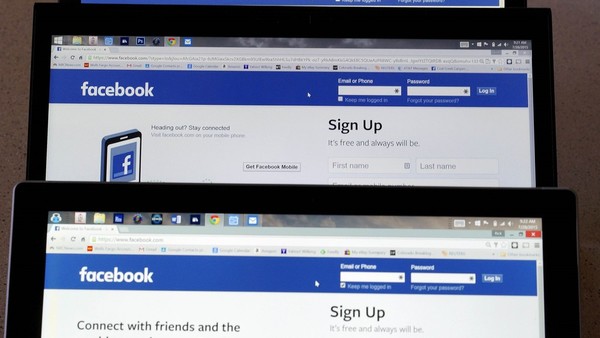 Not so long ago Facebook it was a place where young people spent their free time, but this changed radically in the last decade. In 2012, 94% of teens had a Facebook account and 10 years later, only 27% say they are present in the most famous social network in the world.

From Facebook the message is clear when they state that their products are still widely used by teenagers, but they face stiff competition from TikTok and Snapchat.

Young people, however, do massively use Instagram, which belongs to the same company as Facebook. According to a survey conducted by Piper Sandler in the United States, 81% of teens use Instagram.

The reasons why the youngest are not on Facebook are varied, but the main ones are the following:

Only 27% of young people say they are present on the social network Facebook. REUTERS/Dado Ruvic/File Photo

Being young does not mean being uninformed and both teenagers and young people know that Facebook has been involved in several times in questionable ethical practices, if nothing else. This, which might seem foreign to people of those ages, is very much taken into account from the point of view with which the world is seen in that age group.

Social networks like the Chinese TikTok appeared with the recipe of knowing what the youth is looking for better than Facebook. Thus, while the same Piper Sandler report speaks of only 27% of teenagers are on Facebook, 73% of them use TikTok. The gap is so great that it makes no sense to think that it could be closed by any change that occurs.

For obvious reasons and perhaps for others that are not so, Facebook is seen by the youngest as a social network “designed for older people” as opposed to Instagram where graphic interaction is very evident or TikTok where viral videos can be constantly displayed. and funny.

It doesn’t have a purpose

Just as each social network used by adolescents has a specific purpose, these They don’t find a purpose to Facebook. They do not see that the efforts are destined to an objective but that it is a repository without passion and that flows at a very calm rhythm, something that does not go with his young spirit.

Alexis, a 14-year-old girl from Northern Virginia, told Insider via email that she doesn’t use Facebook “because it’s for seniors” and that he prefers TikTok and Instagram because that’s where he meets his friends and learns about viral trends. He added that TikTok, in particular, is “great for making funny videos.”

A substantial part of young people who do not consider being or returning to Facebook allege that they do not find any incentive to a place to live online with their parents and grandparents, users to a large extent of Mark Zuckerberg’s main social network.

The Washington Post reported on Wednesday that Meta, the parent company of Facebook, hired a Republican consulting firm called Targeted Victory to “orchestrate a nationwide campaign” against TikTok.

According to the Post, Targeted Victory hired dozens of public relations firms from across the United States to help it “tilt public opinion against TikTok,” which would be accomplished infiltrating stories on local news and helping place op-eds across the country, according to the newspaper.

Upon being consulted, Meta confirmed that he did indeed hire Targeted Victory. “We believe that all platforms, including TikTok, should face a level of scrutiny commensurate with its growing success” Andy Stone, a company spokesman, said in a statement.

“It is public knowledge that we have been working with Meta for several years and we are proud of the work we have done,” he said in a statement.

The Post obtained internal emails from Targeted Victory that reveal a campaign to undermine TikTok’s reputation, which belongs to the Chinese company ByteDance. The company used a mix of “genuine concerns and baseless anxieties” about TikTok to try to turn the public and politicians against the platform.

According to the report, Targeted Victory was also working for get “proactive coverage” about Facebook in local media, including “sending letters and op-eds praising Facebook’s role, for example, in supporting African-American-owned businesses.”

“We are extremely concerned that encouraging local media reporting on alleged trends that weren’t found on the platform could cause real-world harm,” TikTok said in an emailed statement.