Xiaomi presents a quadruped robot inspired by a dog, CyberDog 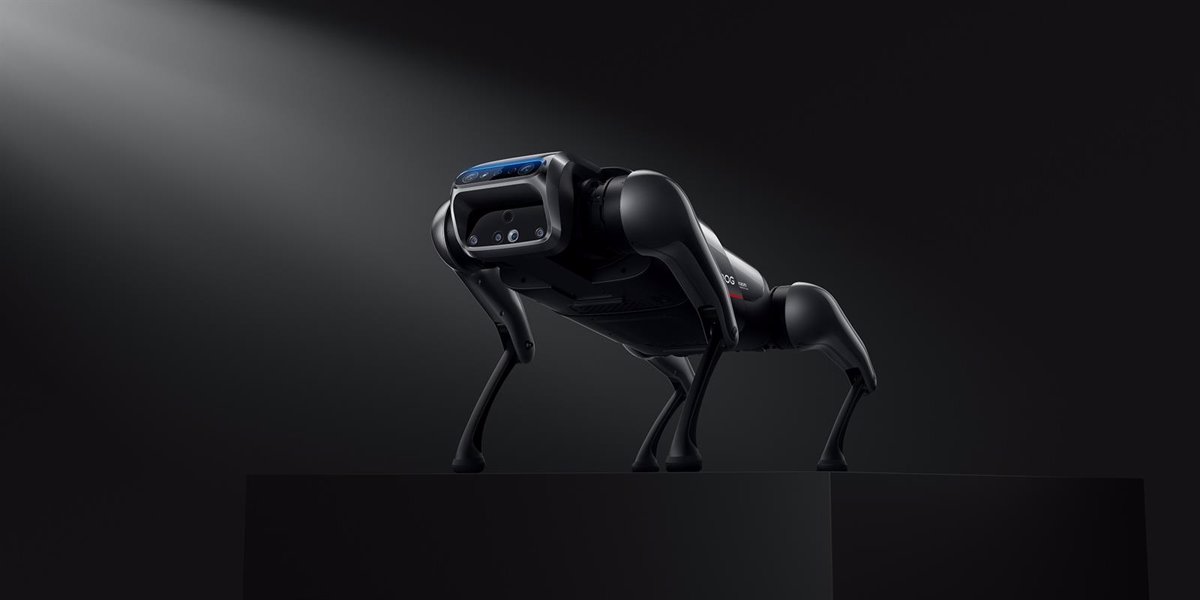 Xiaomi has expanded its product catalog and has presented at an event held this Tuesday a new quadrupedal robot inspired by the physiognomy of a dog: CyberDog, open source and designed to be a companion.

CyberDog is the first quadruped robot launched by Xiaomi, as reported by the Chinese manufacturer in a statement. It aims to get users, robotics enthusiasts, and developers to collaborate on a open source project to enhance the potential of quadruped robots–

Xiaomi’s robot dog is calibrated by motion motors created by the company, and can achieve a rotation speed of 220 revolutions per minute (rpm) and stroke of up to 3.2 meters per second (11.5 km / h), including support for complex actions how to do Mortal Jumps–

To get closer to biological organisms, Xiaomi has endowed its robot dog with eleven high.precision sensors that guide your movements in real time. This includes everything from touch sensors to cameras, ultrasonic sensors, GPS modules, and other systems.

Imaging technology makes it possible for the robot to perceive the environment, with a camera system integrated by Interactive AI lenses, two fisheye ultra.wide cameras, and Intel’s RealSense D450 module to perceive depth, which can also be trained with its own algorithms.

To this are added systems to detect obstacles and that allow the robot to navigate with a centimeter scale precision, according to the Asian brand.

Designed to be a companion, CyberDog has human posture detection and facial recognition to follow its owner avoiding obstacles. Users can also control it by voice commands and a mobile app–

Also, the device can bear loads of up to three kilos in weight, and it has a near.industrial.grade 128GB SSD memory and a six.microphone system.

CyberDog has been released on a limited basis with only a thousand units that will be distributed among followers of the brand for a price of 9,999 yuan (1,315 euros at the exchange). Thanks to its three USB.C ports and an HDMI port, it allows developers to connect external systems to the robot.