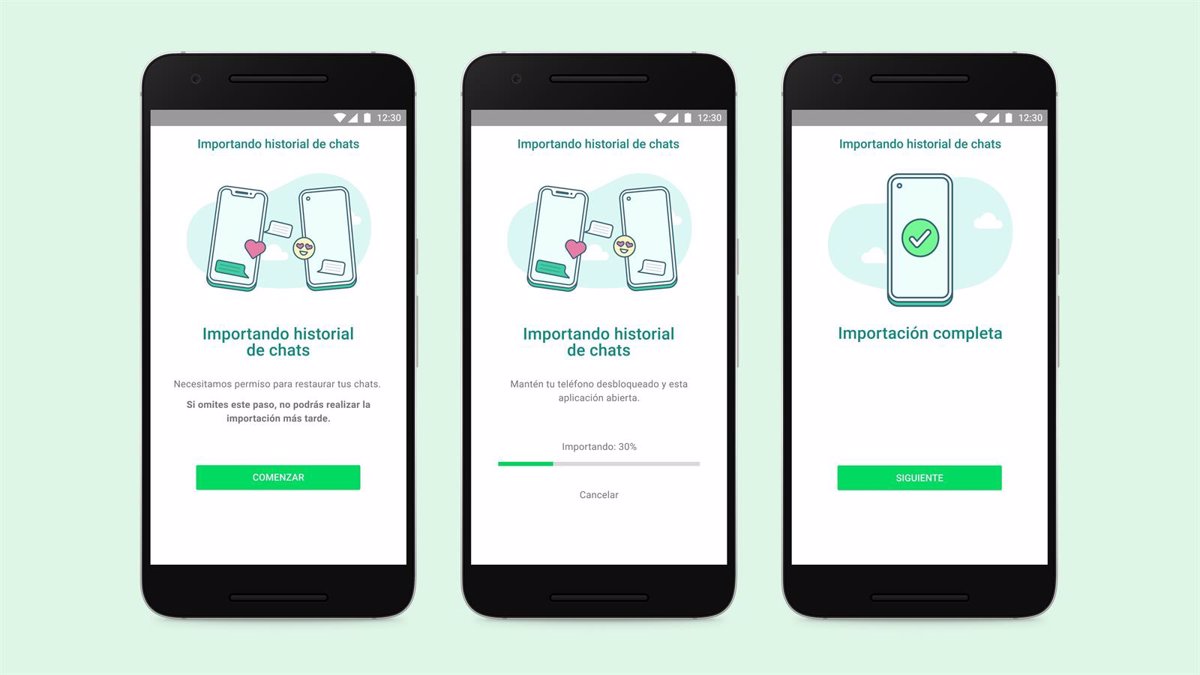 WhatsApp has announced complete transfer of chat history between Android and iOS, a tool that will allow users to keep their messages, photos and voice memos when they switch to a new phone with different operating system.

WhatsApp has been working for months on the migration of the content of the history of the chats of the same user between devices with iOS and Android operating systems, or vice versa. A function that until now it was not possible and that forced to go to unofficial applications.

The delay is due to the problems that the company has encountered in developing this function, depending on the particularities of the platform. Specifically, they have explained that while other similar services base their messaging on the cloud, WhatsApp messages have end-to-end encryption by default and are stored on the device itself.

“This means that taking your history with you between platforms requires additional work by WhatsApp and the manufacturers of the operating systems and devices to create a safe and reliable way,” they say.

The new tool will allow migrate the entire chat history, with your messages, voice notes and photos, between Android and iOS, or between iOS and Android, and will be available to all smartphone users, albeit progressively.

It will first be distributed for Android devices, specifically, for the new Galaxy foldable phones that Samsung has presented this Wednesday during its ‘Galaxy Unpacked’ event. This means that users will be able to transfer their chat history from iOS with the help of Smart Switch.

The tool will arrive in the next few weeks, and it will be compatible at first with a Samsung device that has Android 10 or a higher version installed. Later you can migrate to iOS from Android.