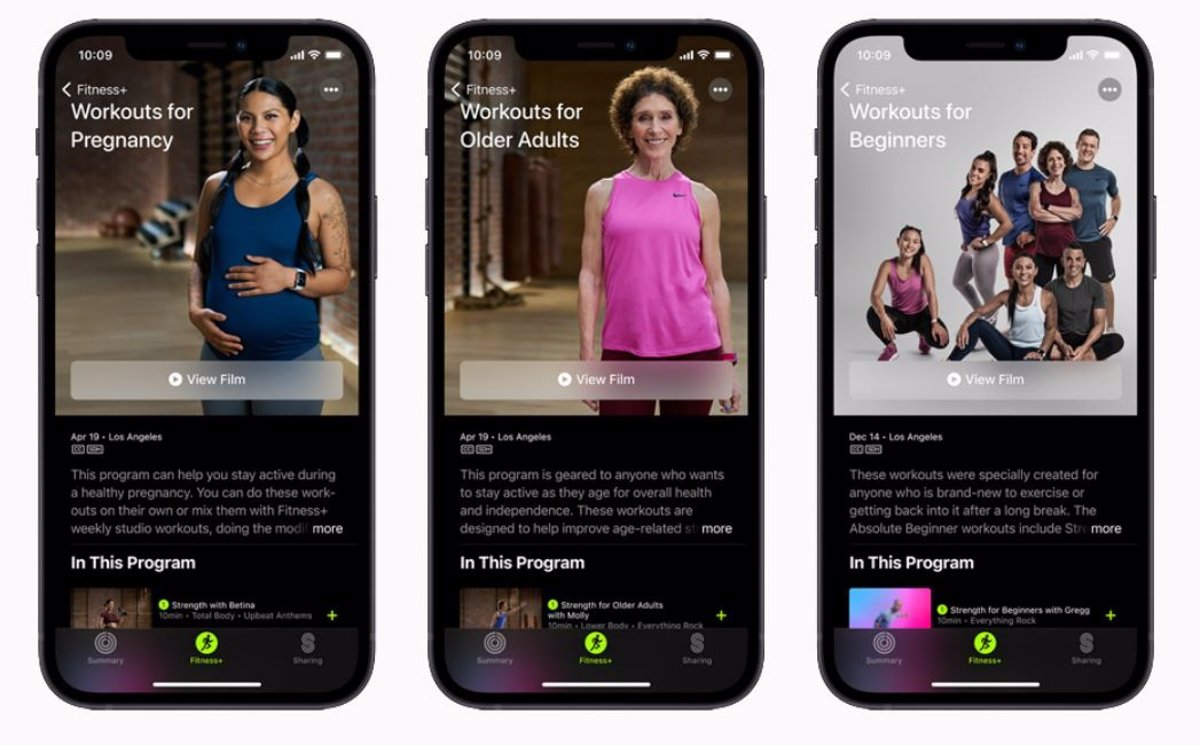 entertainment service for ‘streaming’ Apple Fitness+ has expanded its catalog with new programs aimed especially at women who have just given birth, which are accompanied by advice from doctors of obstetrics and gynecology.

As they have warned from the Mashable news and technology portal, these adapted exercises are part of the collection ‘Stay active during pregnancy’ and have been designed by women athletes and coaches who have recently become mothers.

In addition to training exercises, this collection includes counseling options with obstetricians or gynecologists, which can serve as help users of the Apple app.

These exercises are aimed both at women who have had a natural birth and for those who have undergone a caesarean section, and offer different intensities depending on the levels of activity that have been had during pregnancy.

It should be remembered that Apple announced last April a series of programs aimed at pregnant women with the aim of making its service a more “welcoming and inclusive” place.

The Fitness+ program for pregnant women consists of ten workoutscough intended for women to have “a healthy pregnancy and prepare for life with a baby,” the company said in a statement.

Along with this collection of workouts, the company also announced the arrival of exercises for seniors and beginners a Apple Fitness+.