All about Campus Party, the technology fair that returned to Uruguay 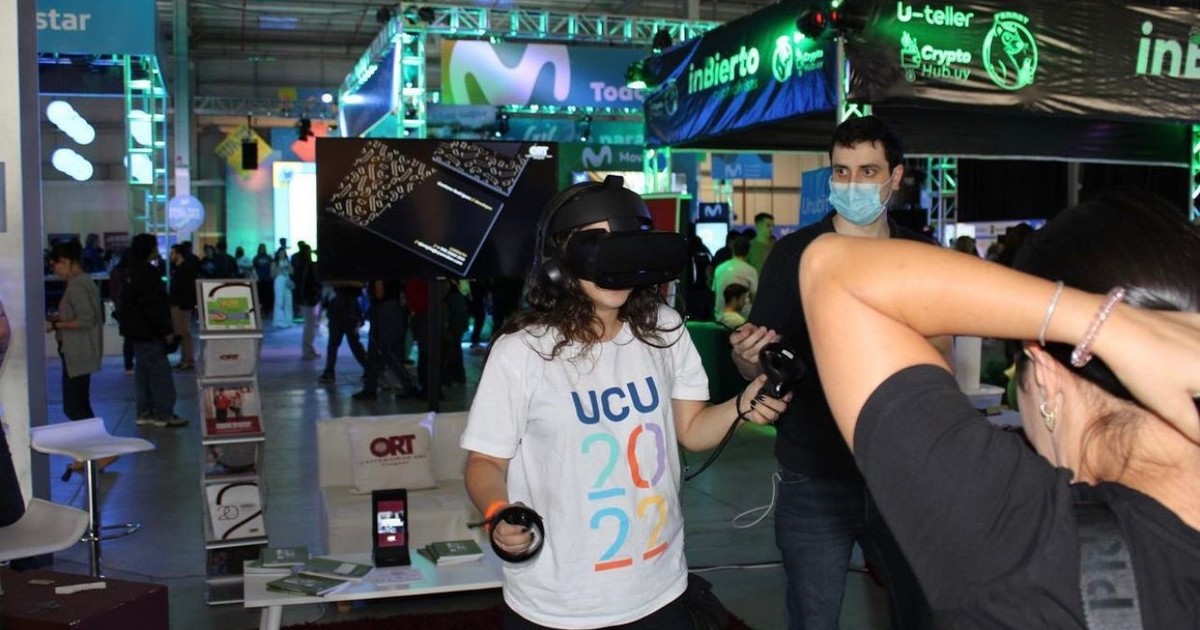 A dog robot that dances reggaetona headband that reads brain waves and interprets emotions, and a computer that solves the world’s great enigmas in three steps. It is not science fiction. They are tangible artifacts that only represent a small portion of the vast number of creations that were seen among the corridors of the Campus Party.

Blue and green flashes shone in every corner. Programming computers everywhere, televisions with hypnotized gamers on every corner and virtual reality fans with their oculus roamed the space. Hundreds of stands with entrepreneurs and companies that made their inventions known to the public. For these reasons it can be said that it is the “Disney of the Geeks” or the “Lollapalooza of science, innovation and creativity”.

This time the event, which has already brought together more than 3 million participants worldwide, returned to Punta del Este, Uruguay, and made the Convention Center vibrate under the promise of “searching for solutions that impact and change the world through technology.”

Such was the interest and passion that there was a record number of attendees in the city of palm trees, with a total of 9,000 people. Entire families, groups of friends, and school classes (both elementary and high school) came to take a look at what’s coming in the future—or what’s already in the present, but not quite there yet. mainstream—.

The invention of Boston Dynamics: the robot dog.

In fact, boys and girls from rural schools participated from the department of Maldonado, specially invited by the administration. “I am committed to continuing to democratize knowledge,” said Ever Miguez, the director of Campus Party.

experience is non stop. It runs for three days, this time from March 31 to April 2. Inside the high-ceilinged metal building, there is no sunlight. There are activities 24 hours a day, including hackathons with large sums of money as prizes (such as the case of the Ripio company, which organized one with US$1,200 in bitcoin for the winners), workshops and innovation challenges.

Gaugan is NVIDIA’s program that allows you to draw and give directions, and then the artificial intelligence returns an HD photo of a landscape.

The curious thing is that due to the enthusiasm gathered by the visitors, some 500 people —called “campuseros”— directly decided to stay to sleep so as not to miss any news. And for that, in small groups or individually they appropriated one of the many tents in the camp inside the property. “The complete experience is to sleep here. We brought sheets, a pillow and a sleeping bag. We are happy,” says Susana, one of the protagonists of the geek camp.

“This edition was return to face-to-face and with it, after two years, there was a great trend in terms of content: Crypto and Blockchain were the star”, commented Ever Miguez, about the congress that already has 83 editions in 15 countries around the world.

Non-stop. About 500 campuseros stayed to sleep at the event, which offers activities 24 hours a day.

An air of inspiration came with the young Catalan Manel de Aguas, performer cyborg and artist transspecies. Through cybernetics he was able to expand his senses: two fish fins were implanted in his skull, which allow him to feel atmospheric phenomena through sounds, such as changes in pressure, temperature or humidity.

Spanish was one of the 90 speakers who exposed in the three stages of the great venue, who also knew how to “fly” towards the galaxy together with Sandra Couffman, the deputy director of the NASA Astrophysics Division; understand the progress of cryptocurrencies or the functioning of metaverses; understand together with Federico Ast how Kleros works and the justice system for the metaverse; learn about the creativity of artificial intelligence from Asier Arranz (from NVIDIA), who showed how the Gaugan program creates HD photos from the indication of a drawing; find out how machines think with Fredi Vivas; or be inspired by Julieta Luz Porta, a 23-year-old girl who creates sustainable scientific-technological business models with a positive impact.

The event closed with a talk by Paulina Cocina, a YouTuber with 3.39 million subscribers (in addition to the 3 million on Instagram and TikTok). “I started seven years ago and the first year I never saw a single statistic. I posted the videos on YouTube to save them in the cloud and to be able to upload them to the cooking blog I had,” revealed the cook who has more ratings than MasterChef.

To walk through the festival was to come across inventions, perhaps once explored by Jules Verne or Adolfo Bioy Casares on a literary level, but now in the physical world.

Suddenly he appeared perro robot de Boston Dynamicswhich moved in a way so likely to the movements of a canine that it gave a pleasant impression to the curious who stopped to greet him.

In fact, his performance culminated on “Day 2” while the ragman Pekeño 77 sang. Two steps later you experienced a juice fight between robots; after three steps, the rally of Ping Pong between an amateur and a machine; and to the four steps, interested in learning Sign Language through artificial intelligence software (created by Eldes) that captures the movements of the hands.

Chronicle of Tiffany Del Mastro, speaker at the Campus Party, together with her colleagues Sofía Altuna and Celeste Giardinelli, in the panel called “Information and social networks: enemies or allies?”