Parents of students from Ilok have to pay for the repair of tablets: ‘They are old and our children have not damaged them’ 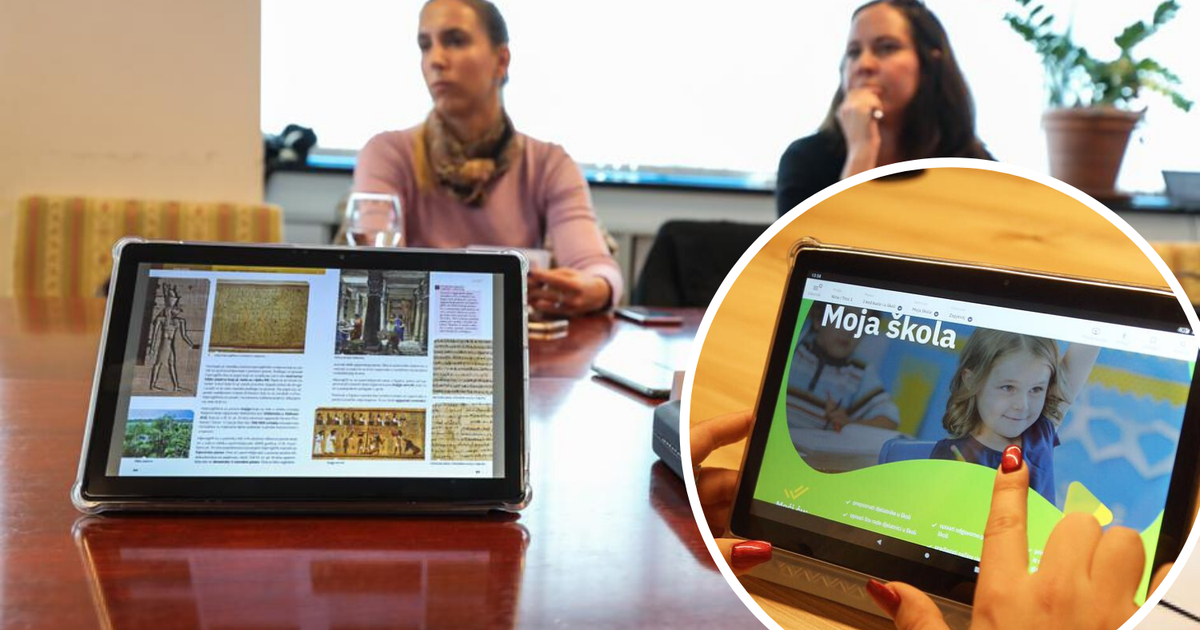 Tablets from ‘School for Life’ are again a nightmare for parents. In September 2021, the Ministry of Science and Education sent a letter to schools informing them that the tablets were now their property and that the school itself decided on distribution.

– In case of damage to the tablet given to the student for use in school, the school acts in accordance with its House Rules as in any case of damage to school property. If parents are given a statement to take the pill that defines how the parents reimburse the cost of the repair, the school will act on the statement. In the event that the parents refuse to sign the statement on taking the tablet, the school should store it and give it to the student for use only while at school in accordance with the House Rules of the institution. Tablets are not insured, but they can be. The school is not obliged to provide tablets, but the principal, ie the School Board, decides on that. The School Board and the Parents’ Council decide on contracting and paying for additional tablet insurance – say the Ministry of Science and Education.

‘We will return them all’

Such a paper was also signed by the parents of the students of the Julija Benešić Elementary School from Ilok. But even though, as they claim, their children’s pills were not physically damaged, they were greeted by bills.

– My child is in seventh grade. We are invited to a regular parent meeting, issues as always, cell phones and their use, abuse, children’s behavior. At one point one of the mothers said ‘Did you know that the guarantees on the pills we got at school expired in the first month?’. We were shocked, no one told us that. Her child even received a used tablet and the screen creaked. It was forwarded to the service through the school, and after the service, they delivered a bill of over a thousand kunas to the parents for repairs. Another mother called, theirs had a software error, he was also sent to the service through the school. They received a bill of 610 kunas. The principal told the child that it had to be paid for otherwise he would not get a certificate. It is absurd, these pills have no mechanical damage, they have simply expired. The parents decided not to pay the bill even if they went to court. The rest of us agreed to return the pills and we make the certificates ourselves because the school doesn’t even want to give us a return certificate. We want to have proof that we returned the pills. Those pills are already worn out, what if his battery just stops working, and we will pay for that – says the parent of the student from the Julija Benešić Elementary School.

The class teacher didn’t know about this change either. Parents have no problem paying for the repair of something their children have destroyed, but they do not want to pay for defects caused by age or poor quality of the device. It is also unbelievable that the director threatens them not to issue a certificate. Namely, there is no law according to which the school can refuse to issue an official document.

From the ministry defends the director.

– According to the information of Mr. Miroslav Bošnjak, the principal of the School, several eighth grade students damaged the tablets that were sent for repair and a repair fee in the amount of HRK 612.00 was requested for each tablet. When taking the tablets, the parents signed a statement that in case of damage to the tablets, they will bear the costs of the repair, but now they do not want to pay for the repair. Students will receive a certificate, but the school is very likely trying to find a way to cover the costs that parents do not want to bear – say from the ministry.

Threat of not issuing a certificate

However, they also erred in grade and number, and we did not receive a statement from the Julij Benešić Elementary School until the conclusion of this text. Principals we spoke to say schools sometimes use non-certification threats to persuade parents to pay food bills, return books to the library. But in the end, even if the parent does not pay, these cases are resolved through court and enforcement. In the case of tablets, schools still receive tablets that are under warranty, and for those that are not used they do not specify a warranty.

– This is determined by S&T Croatia, which also supplies tablets. They also decide whether the defect is covered by the warranty or not. We had a case where the physical damage of the defect was covered from the warranty. And if the repair bill is covered by the school, and the parents refuse to pay it, ie cover that cost, the child does not get a tablet and that’s it – says the principal of a school in Zagreb.

Until the conclusion of this text, we have not received an answer as to what the guarantee covers and how long, but in the initial tender, that guarantee lasted for two years. And the students use four of them. As part of the curricular reform, a total of 201,526 tablets worth HRK 292,460,929.00 were delivered to schools. The competition was announced during the term of the former minister.

– We had big projects and we made suggestions for the next ones. The plan was to completely change the equipment every four years and to finance it with EU funds. These projects have not continued which I think is irrelevant because all the equipment is coming to an end. Equipment should be changed regularly, especially equipment that was distributed four years ago. It is impossible for these pills to be good for petaches who come after the eighth graders leave school. Our plan was to change everything, according to the action plan for the implementation of distance learning – says former Minister Divjak.

Unofficially, we learn that Minister Fuchs’ plan is for Minister Divjak’s’ School for Life ‘to be forgotten, for them this space is over, and they plan to implement the digitalisation of schools via Carnet.