Samsung presents its The Premiere projector, with screens up to 130 inches and HDR10 + 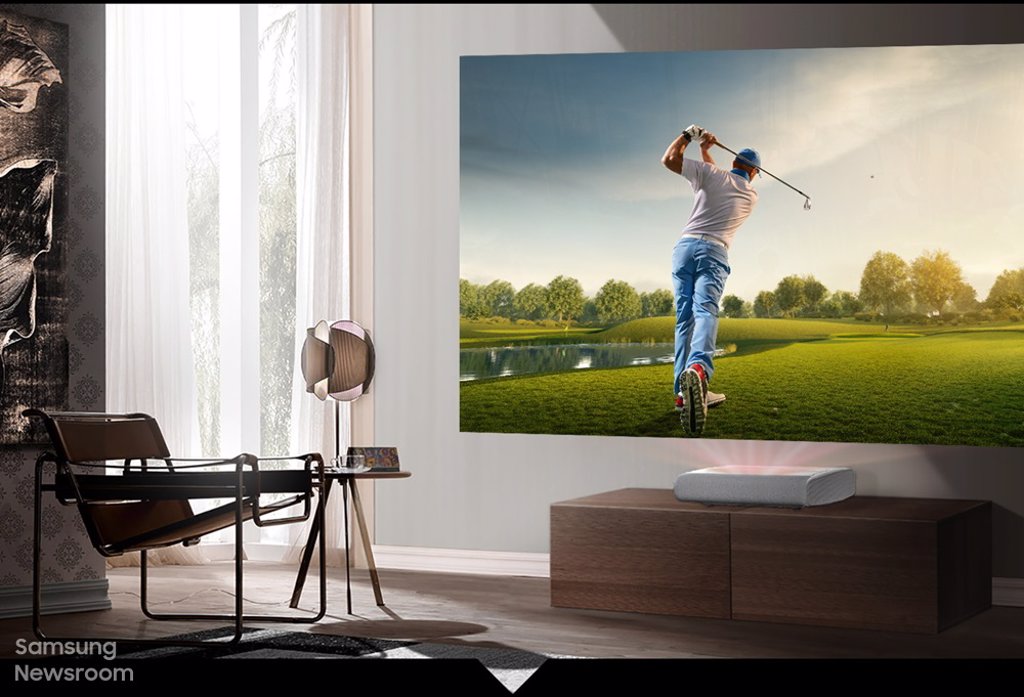 Samsung has presented its new model of laser projector The Premiere, a lifestyle device that allows you to achieve screens up to 130 inches, 4K resolution and high dynamic range HDR10 + – the latter for the first time.

This projector model, which Samsung had already announced at IFA 2020, offers screens up to 130 inches maximum and it works with a module that is placed at 23.8 centimeters from the wall, as the South Korean company reported in a statement.

Samsung’s The Premiere offers a dynamic 4K image resolution, which is achieved by the use of triple laser technology that produces less heat and offers greater durability. It is also the first projector with support for HDR10 + high dynamic range.

The new projector includes a 2,800 lumens peak brightness or candelas, a unit equivalent to the brightness of a candle, so that images can be seen with quality even in bright sunlight. The contrast ratio, meanwhile, is 2,000,000: 1.

In addition, the device has a 40W speaker system, and produces a three-dimensional sound with 4.2 channels. It features Samsung’s Acoustic Beam technology, which emits 44-hole sound from both sides of the projector.

The Premiere is compatible with different streaming platforms, including Amazon Prime and Samsung TV Plus, as well as music such as Apple Music and Spotify.