HAKOM Director: We will have a new 5G auction, our goal is to provide a 5G network everywhere 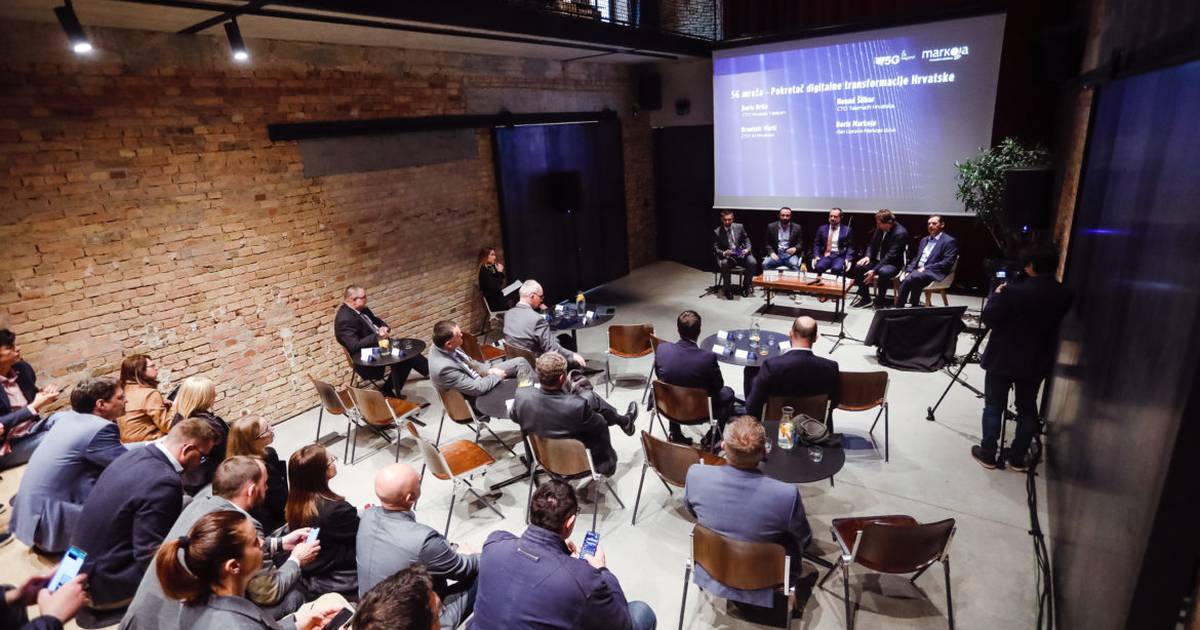 “When it comes to the implementation of 5G technology, it is very important to emphasize that we all need to think about sustainable development, so it is important to build new infrastructure according to 5E principles. This means that we are focused on ecology, but taking care of energy, there is also the economy in a way that new parts of the infrastructure are built so that investments are low, aesthetics are important, and that new parts of the network blend in better with the environment. we must not neglect ethics either. The goal of 5G technology is to build a network to ensure that everyone has the Internet and that we do not harm anyone on that occasion. Respecting these 5E business principles, a large part of the locations of the new infrastructure will have environmentally friendly materials, and here we are primarily talking about the return of industrially laminated wood as an infrastructure carrier, “he said. Boris Markoja member of the Management Board of Markoja at the conference “5G & beyond” in Zagreb Urania, organized by the portal 5g.hr and the company Markoja.

Along with Markoja, panelists of the “5G & beyond” conference, which opened a number of important topics in the field of 5G technology, were Boris Drilo, CTO of Hrvatski Telekom, Branimir Marić, CTO A1 Croatia and Nenad Šlibar, CTO Telemacha.

Krešo Antonović, director of the Directorate of Air Transport, Electronic Communications and Post in the Ministry of the Sea, Transport and Infrastructure, announced the encouragement of building networks in rural areas of Croatia.

– With the national plan for the development of broadband access, Croatia has strategically opted for the introduction of the 5G network because it is the lever of the economy. Due to the unprofitability of investing in rural areas, grants are the only solution. The National Plan for the Development of Broadband Aggregation Infrastructure began in 2020, when the first twenty contracts were concluded, covering 156,000 households throughout Croatia. The continuation of the program is planned through the National Recovery and Resilience Plan, and 800 million kuna of non-refundable funds are planned there. In addition to these EU grants, the investment of operators is also important. Only intensive investments in broadband networks will provide citizens with access to the digital society, which will increase the competitiveness of the whole of Croatia – said Antonović, director of the Directorate of Air Transport, Electronic Communications and Post.

Miran Gosta, director of the Croatian Network Regulatory Agency, announced that at the end of this year, and at the beginning of 2023 at the latest, he will organize a new auction on the allocation of spectrum frequencies for the development of 5G infrastructure.

These are the allocation of 800 MHz, 900 MHz, 1800 MHz, 2100 MHz and 2600 MHz bands at the national level, which are already in use, and whose concessions expire in 2024, in order to transform 2G, 3G and 4G networks to 5G and 6G networks. . Also, spectra from the 3.6 GHz band at the regional level, which were not allocated during the auction held in August, will be auctioned, and depending on market interest, the allocation of other 26 GHz bands will be considered.

HAKOM is also preparing for the 6G network, as well as for the next generation of satellite systems, said Gosta, in order to provide better telecommunications services and the development of the digital society.

The conference “5G & beyond” brought together leading people in the telecommunications sector, who presented their investment plans in the infrastructure of the new generation network, but also spoke about the potential of new technology and its impact on the development of the Croatian economy.

The guest pointed out that HAKOM will support the development of infrastructure and that they see the potential in the development of private networks, which are also called campus networks, and these are networks developed for individual projects and companies. Private 5G networks are in focus, Gosta explained, because they are the basis for Industry 4.0. and can be applied to the development of almost all sectors from agriculture, industrial production, energy to health and education.

– The vision of the European Union in the digital decade is to ensure the development of digital skills, digital public services, digital infrastructure and digital business. The ultimate goal is a gigabit society and a 5G network everywhere. Enabling 5G everywhere was the key task of the auction we held in August and therefore the conditions were such as to provide infrastructure in all parts of Croatia – said Gosta. He reminded that, in accordance with the terms of the auction, teleoperators have a task with 5G networks to cover 90 percent of the urban area, 99 percent of highways and 95 percent of railways by the end of 2025. Also, according to the terms of the auction, by the end of 2025 they must ensure the availability of 5G in a quarter of the rural area of ​​Croatia, and by the end of 2027 as much as 50 percent of the rural territory.

HAKOM is aware that the development of 5G infrastructure is complicated due to administrative barriers, but, as Gosta pointed out, they hope that the Joint Plan for the Development of Mobile Communications Networks, which should serve as a basis for issuing location and construction, will help remove them. licenses, as well as part of the National Recovery and Resilience Program, which amends the entire package of laws and regulations in order to facilitate the construction of telecommunications infrastructure.

– Through all generations, the transfer speed is increasing, so the speed of data transfer, so we can say that the 5G network is actually “4G on steroids”. The 5G network should be 100 times more efficient than it is now. Fast data transfer with low latency is required and everything works in real time – said prof. dr. sc. Gordan Šišul, full professor at the Faculty of Electrical Engineering and Computing.

At the panel discussion “5G network – Driver of digital transformation of Croatia”, Boris Drilo, CTO of Hrvatski Telekom emphasized that Croatian mobile networks are one of the best in Europe and that is why it takes a lot of effort to keep them at that level.

– When we talk about 2025 and the 5G network everywhere, it depends on the investment potential of the operator. We are facing unfavorable market trends, 5G will consume significantly more electricity. We are very careful about raising prices, but the pressure is due to increased costs of rents, electricity, but we should still be optimistic – says Drilo.

Branimir Marić, CTO A1 Croatia, pointed out at the panel that every operator in Croatia will have a significant investment cycle of at least 100 million euros, and there are hundreds of millions of euros for fiber optic cables.

– Every ten years new networks come, so with 6G follows an increase in spectral efficiency, the use of much wider frequency bands and an increase in the number of devices that are connected. For now, we have no idea what it really brings, but it seems that we are heading towards a completely networked planet and with the 6G network, there will be no corner of the Earth that will not be networked – Marić emphasized.

Nenad Šlibar, CTO Telemacha pointed out that 5G technology depends on the entire ICT industry, but also on industries that are end users such as healthcare, where this network can realize a lot of potential. We will see the first concrete examples of the application of 5G technology in a year or two, concluded Šlibar.