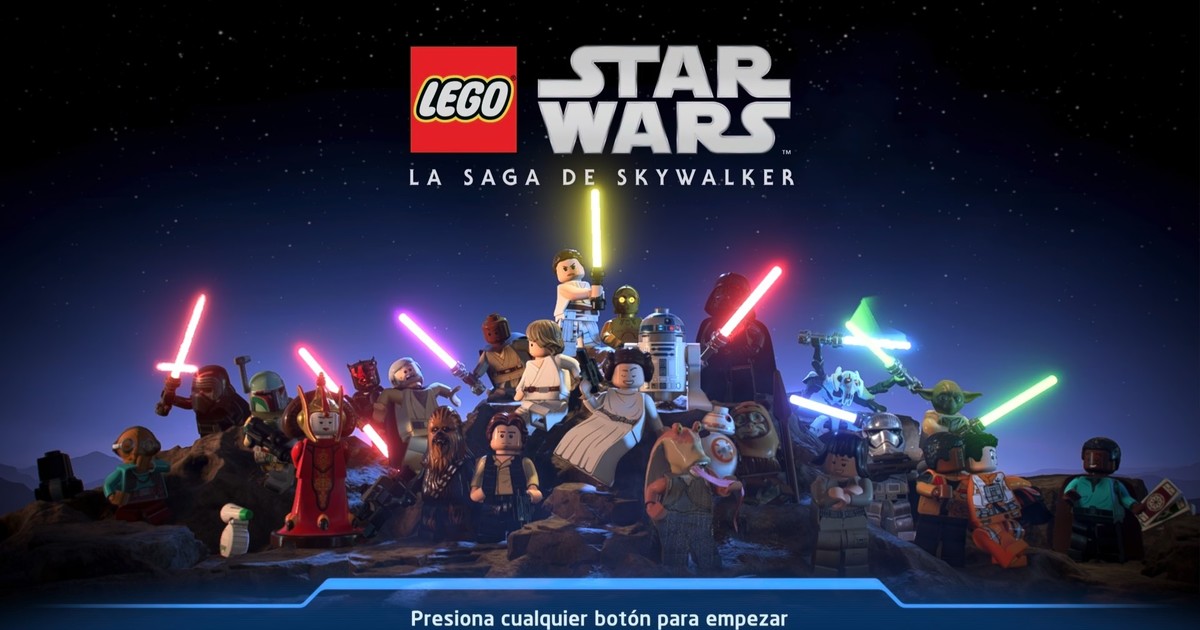 One of the major allies of the endless and complete Star Wars universe was video games. From the 1978 Apple II game, which was based on the historical Space Invaders, to the fresh new LEGO Star Wars: The Skywalker story, which is a tribute to fans that marries the blocky series’ distinctive humor with George Lucas’ beloved characters once more.

Perhaps the most well-known game in the franchise is LEGO Star Wars: The Skywalker Saga. The Phantom Menace, Attack of the Clones, Revenge of the Sith, A New Hope, The Empire Strikes Back, Return of the Jedi, The Force Awakens, The Last Jedi, and The Rise of Skywalker are among the 500 characters to be unlocked from all nine films.

In reality, the majority of the nine video game adaptations have a detail that surprises and restores the beauty of the now-famous Disney franchise.

The Traveler’s Tales studio recreated every scene and the flow of the story to match with the sense of humor that LEGO imprinted on him in each film’s memorable intro. When we open a door, we can find a Stormtrooper having a bath in a Jacuzzi or sweeping one of the Death Star’s corridors.

As players discover kyber bricks, they will be rewarded for their efforts. These are used to unlock new features and abilities for a variety of character classes, including Jedi, Hero, Dark Side, Villain, Scavenger, Scoundrel, Bounty Hunter, Astromech Droid, and Protocol Droid, among others. Of course, they aren’t necessary to the conclusion of the main plot.

Players can also travel across space using your holoprojector’s galaxy map to trace a journey through the jungle moon of Ajan Kloss, the city-strewn world of Coruscant, the desert dunes of Jakku, arid Tatooine, and more.

Because it features the cooperative option, you can gradually unlock various side tasks to enjoy alone or with a companion from the same console. Players can choose to continue with the main tale or explore the maps at their leisure after they arrive at their goal.

Another noteworthy feature is the break multiplayer option through the internet, which is similar to those of other well-known licensed LEGO games like as Harry Potter, Batman, Avengers, Lord of the Rings, and others. What Warner Bros. Interactive and the Traveler’s Tales studio are searching for is a way to bring the gaming experience closer to the family, thereby enhancing the local experience.

During the space adventure, players will be confronted with classic movie-style air combat. On duty, we can face our foes while piloting iconic vehicles such as the Millennium Falcon, Imperial TIE fighters, Rebel X-wings, Landspeeder speeders, and more.

A 23-year partnership between LEGO and Star Wars

The LEGO Star Wars brand is more than just a collection of legendary block toys and animated films. Since 1999, the PlayStation (PS2, PS3, PS4, and the current PS5) as well as the Xbox (Xbox 360, Xbox One, and Xbox Series X/S) have produced a series of homonymous video games.

According to the LEGO Star Wars: The Skywalker tale, this is the version of Han Solo (Harrison Ford).

When compared to the most recent video games set in the Star Wars universe – Battlefront II (2017), Star Wars Jedi: Fallen Order (2019), Squadrons (2020), and Star Wars: The Old Republic (2021) – LEGO Star Wars: The Skywalker is a game that knows how to combine the spirit of both worlds like few others: the action of the films and the trademark humor that made the block franchise famous.

With this technique, it manages to appeal to both children and adults who are new to the saga as well as die-hard movie fans looking for a relaxing game to pass the time.

In a single dose, action and humour

In comparison to previous parts of the story, this third-person action and shooting game is enhanced. For example, it now features a covering system similar to that of Gears of War or Uncharted, in which you can hide behind walls or barricades that can be built using various blocks.

C-3PO taking a shower is only one example of how the LEGO Star Wars: The Skywalker trilogy appeals to humor at every turn.

Turn opponents can now “learn” attack patterns and will eventually block melee attacks if you keep pressing the same button. It will not be an issue for experienced players because it will involve altering the combination of buttons to execute simple combos.

In terms of the shots, a saga lover will feel more than at ease while utilizing the blasters, where the camera shifts from third to first person; and when you throw in the dynamic actions of the opponents, such as picking up the helmet when shot in the head, the experience will be complete.

He has the same feeling. The Jedi Knights’ lightsaber, with which we may deflect bullets, form combinations, and even hurl it to deliver precise hits from afar. In this situation, the Force’s abilities will be used to move items and dominate the opponents who are at our mercy.

They’re also a part of the LEGO Star Wars: The Skywalker Saga’s spirit. The character on duty -Princess Leia, Luke Skywalker, Obi Wan Kenobi, Han Solo, Qui Gon Jinn, or Rey – must utilize their powers to move items, pull levers, or create bridges in various stages of the missions in order to proceed in the game or obtain collectible objects.

One of LEGO Star Wars: The Skywalker Saga’s major problems is its large menu.

On the other hand, role-playing games with the classic skill tree, which can be gained in return for in-game currency, have an RPG seasoning. However, because to the game’s low frequency and the abundance of menu tabs, the expertise of evolving characters is not required to thoroughly enjoy the game.

Mark Hamill gets a nod.

LEGO Star Wars: The Skywalker Saga exploits humor around these characters like no other, even parodying events that became widespread on social media, such as the meme that humiliated Mark Hamill himself, as part of its suggested relaxation (Luke Skywalker).

The Warner Bros. Interactive Entertainment-published TT Games game is a tribute to the George Lucas epic. All of the Star Wars films, from The Phantom Menace through The Rise of Skywalker, are included in this game.

As a result, you must first see A New Hope before watching The Empire Strikes Back. And it is in Episode IV when the meme that caused Mark Hamill’s objections may be seen.

In the video game The Skywalker Saga, LEGO added the Mark Hamill meme.

The meme that LEGO Star Wars: The Skywalker Saga has adopted began on the set of the 1977 picture and has been going around for years. But it wasn’t until March of this year that Hamill himself mentioned the viral phenomena.

When Obi-Wan Kenobi first gives Luke his father’s lightsaber, the scene in issue occurs. As if peering down the barrel of a gun, the future Jedi snatches it and places it right on his face.

You’ll get “chills” from this Mark Hamill meme.

On March 8, Hamill tweeted, “This gives me chills every time I see it.” “This is something I don’t recall doing in the movie. I believe it is still an on-set production; else, Obi-Wan would not appear so casual “Added he.

LEGO Star Wars: The Skywalker was launched on April 5 for PC, Nintendo Switch, PlayStation 4, PlayStation 5, Xbox One, and Xbox Series X/S, and may be played on any device.