Study: One of the fundamental particles of the universe “overturns” the laws of physics 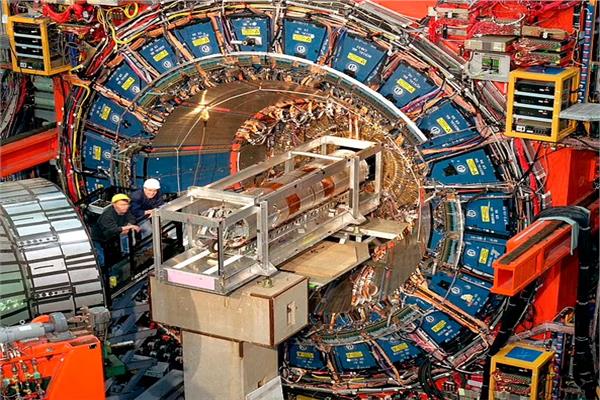 Using data collected by the particle collider in Illinois, scientists have found that the particle, the W boson, has a mass much greater than what the Standard Model of particle physics determined.

Scientists have found that there is very little difference in the mass of the W Boson compared to what the Standard Model says – just 0.1 percent, but if it is replicated by other laboratories, it means that there is a mistake in our understanding of nature and how the universe works.

The Standard Model of particle physics is the best theory scientists have for describing the basic building blocks of the universe, and what forces control them, yet W Boson’s new measurement – the most accurate ever – is in direct conflict with the rules of the Standard Model, according to the study.

Discovered in 1983, the W boson is a fundamental, electrically charged particle that controls the so-called weak force, which is one of the four fundamental forces of nature, and thus one of the pillars of the Standard Model.

The new research was conducted at Fermilab, a US Department of Energy national laboratory specializing in high-energy particle physics outside of Batavia, Illinois.

The Collider Detector at Fermilab (CDF) is an experimental collaboration that studies particle collisions from Tevatron, one of the world’s highest-energy particle accelerators, by smashing particles together at mind-bending speeds.

“The number of improvements and additional validation that have been done to our results is enormous,” said Professor Ashutosh Kotwal of Duke University in North Carolina, who led the analysis and is one of about 400 scientists on the CDF collaboration.

Professor Kotwal added that the result took them more than 10 years to record and examine “a data set of about 450 trillion collisions,” and continued: “We took into account our improved understanding of our particle detector as well as advances in theoretical and experimental understanding of the interactions of the W boson with other particles. When we finally revealed the result, we found that it differed from the Standard Model prediction.”

Read also: Observation of the most distant galaxy discovered from the universe