We drove the first hydrogen car in Croatia: Clean water comes out of its ‘exhaust’, this is the future 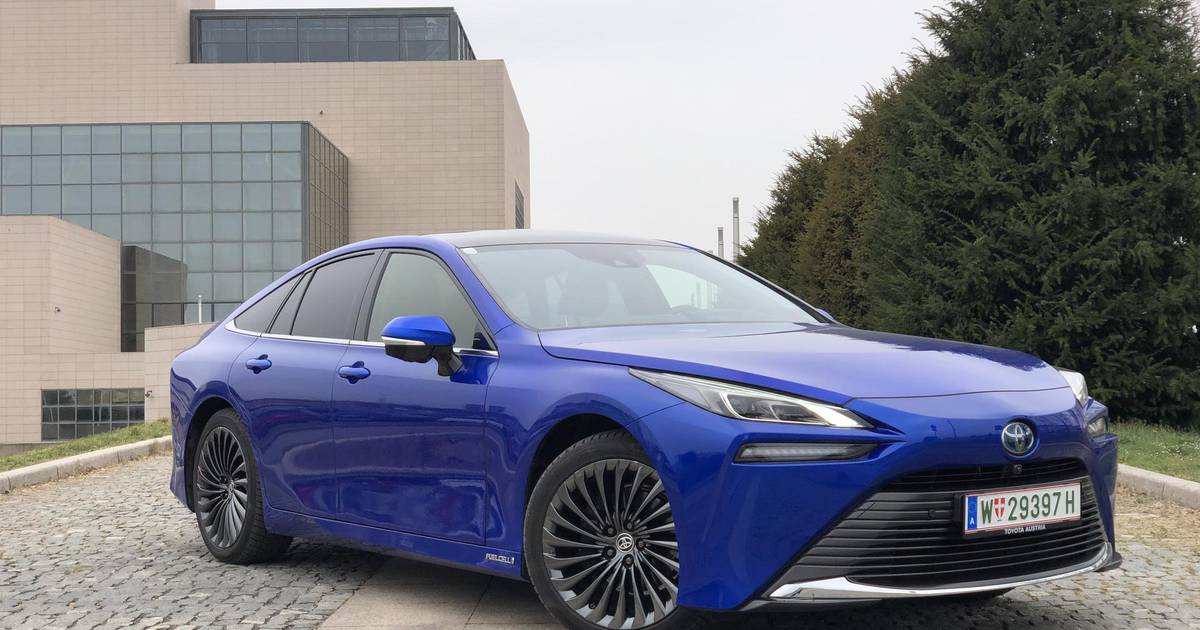 Electric cars are the future, whether we like it or not. Because in 10 to 20 years there will be no more new petrol or diesel cars, they will be banned. This is a clear direction of the European Union, which was further strengthened by the war in Ukraine and the great rise in oil and gas prices as a result of that war. But if we stay only on electric cars we will have to greatly change our approach to driving and traveling because with electric cars we have a big problem of short range and long travel time. Or maybe we won’t, because in addition to classic electric cars, there are also fuel cell cars (English Fuel Cell, and in Croatia they are also called fuel cells or fuel cells).

Fuel cells are nothing new, they were designed in 1839 by the British physicist William Robert Grove. The first fully functional fuel cells were developed in 1932, and have been in limited commercial use since the 1950s. At the end of the sixties, the first cars were produced that used fuel cells for propulsion. The automotive industry has been experimenting with them particularly intensively for the last thirty years, and in that period many experimental models and even entire fleets of experimental cars have emerged. However, Toyota took care of getting the first fully commercial fuel cell car that can be bought at a car show in 2014 when it introduced the Mirai. Six years later, the second generation Toyota Mirai was presented, which we were among the first in Croatia to drive on the streets and roads in and around Zagreb.

Fuel cells work on the principle of reverse electrolysis. While electrolysis produces hydrogen and oxygen from water by the action of an electric current, oxygen and hydrogen combine in fuel cells to produce electricity. Oxygen is obtained directly from the air, and hydrogen needs to be filled into the tank, much like it is done with gas at our gas stations. The only, but big difference is that the gas pressure in the tank of a classic LPG car is around 10 Bar, and hydrogen as much as 700 Bar.

Mirai has two tanks located in the floor of the vehicle, and their total volume is as much as 142 liters. That’s enough for about five kilograms of hydrogen, which in turn is enough for the car to run about 650 kilometers per WLTP cycle. Charging takes about five minutes. All of these are clear advantages over battery-powered electric cars, hydrogen tanks are noticeably lighter, charge much faster, and provide greater range than today’s best and largest batteries. But there is one big problem. While battery chargers can currently be found all over Croatia, the car charging station is round – zero. That is why the Mirai we were driving to Croatia came on a truck from Austria and came back the same way when all the hydrogen in the tank was used up.

At first glance, the Mirai is a limousine like any other. Admittedly quite futuristic, unusual design and very large because fuel cells require a lot of space as well as large fuel tanks. Mirai is therefore almost five meters long. Inside, there’s room like in a typical middle-class car, but the trunk is very modest. With 321 liters it is even below the level of modern city cars and that is a pretty big minus of the Toyota Mirai.

The interior design of the Toyota Mirai is original. However, there is nothing unusual about it and you immediately find your way around the controls, infotainment and all the keys. Ergonomics are great.

Pressing the start button does not start the engine or make any unusual noises, just like in an electric car. The instruments, screens and car are quiet and ready to drive. It is not powered by fuel cells, their only task is to produce electricity, which is then powered by an 182 hp electric motor. The Mirai is driven like a classic electric car. The electricity produced in the fuel cells drives the engine directly or, if necessary, is stored in a relatively small battery (44.6 kilograms) with a capacity of 1.24 kWh and which helps drive the car.

The Mirai is a very comfortable car. Like any electric car, it is extremely quiet, and there is a very comfortable suspension. When driving more aggressively, Mirai behaves relatively neutrally with small bends in corners. Acceleration to 100 km / h takes around nine seconds, but intermediate acceleration is much more impressive, as with any electric car. Top speed is limited to 175 km / h.

During the fifty kilometers of driving through city crowds, open roads and highways around Zagreb, we achieved an average consumption of 1.11 kilograms of hydrogen per 100 kilometers, which would be enough for 500 kilometers. However, this range is not nearly as important in a fuel cell car as in an electric car, because charging takes only a few minutes. Of course, provided you have bottling plants.

By combining hydrogen and oxygen in fuel cells, in addition to electricity, pure water is also created. It is stored in a small tank in the floor of the car, which is emptied automatically from time to time. Emptying the tank can also be done by pressing a button, and you can see what it looks like in the video below. We were simply fascinated by the fact that clean demineralized water comes out of the car instead of stinking exhaust fumes.

It is not on sale in Croatia due to the lack of filling stations, but this could be resolved in the coming years. Namely, by 2025, the first few filling stations should be built that would cover the whole of Croatia. In Germany, one can already travel carefree today because the country is covered by a network of hundreds of filling stations, and their number is constantly growing, as is the number of fuel cell cars on the road. The price of driving on hydrogen is even cheaper than the price of driving a car of comparable power on gas. A kilogram of hydrogen in Germany costs about 9.5 euros, which means that you spend approximately 75 kuna per 100 kilometers.

The Mirai is an impressive car and realistically, the concept of fuel cells is much more practical than the concept of classic electric cars and completely without exhaust fumes. Maybe in the future fuel cells will beat batteries, those who travel a lot would surely choose a hydrogen car rather than a battery-powered car. The problem with fuel cells and the Toyota Mirai is the price. The technology is still very expensive so the car costs even more than comparable electric cars. In Germany, the price is 63,900 euros. But we believe that with the development of technology and more massive production, prices will fall over time.