In Argentina, Xiaomi and Motorola launched their first official storefronts 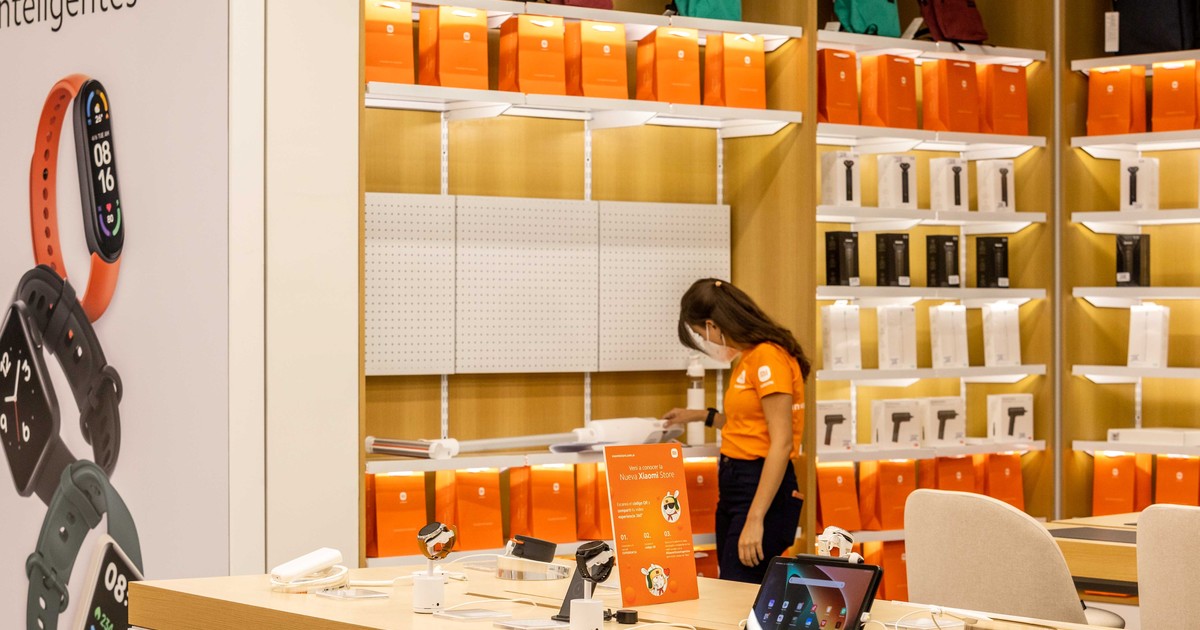 Xiaomi Y Motorola bolstered the national cell phone market last week with the opening of its first experimental Apple Store-style locations, where they display a wide range of products that go beyond cell phones. The Chinese retailer opened its doors in the shopping district of Palermo Soho and Unicenter on Thursday, while Motorola did the same in Palermo Soho and Unicenter.

The new Xiaomi Store was created using the brand’s ecosystem approach, with the goal of “offering individualized attention from qualified experts to users.” The major goal is for people to interact with the products even more before making a decision and to have a more immersive experience in the store.

Xiaomi’s Mi and Redmi ranges of phones are on display in the store. Aside from smart watches (smart watches) and sports bands (Mi Band), 4K televisions with Android TV, electric skateboards, robot vacuum cleaners, and even personal care devices like smart scales, electric toothbrushes, and shavers are all on the horizon.

Lighting, cameras, security sensors, and a temperature controller are among the Xiaomi goods emphasized for creating a smart home.

“Argentina became one of the primary growth targets this year in order to deliver the greatest products to market and set a pattern for the future.” “We’ve been working on a well-organized strategy with Etercor-Solnik for several years to be able to land with the importance that Argentines deserve,” said Han Song, Xiaomi Argentina’s Country Manager, during the opening.

“The objective of the largest and most successful organizations is to move forward, improve, and attain customer happiness, and our company is no exception,” he continued.

Xiaomi chose Etercor – Solnik, a national holding company focused to consumer electronics, as a local partner to help with the brand’s expansion in the country.

In the Xiaomi Store del Abasto, the cell phones of the Mi and Redmi line are exhibited. They promised to put all their ranges up for sale.

It should be noted that in the Xiaomi Store of the Abasto shopping center the after-sales service for all brand products and official guarantee is provided. In this way, those who buy devices in the physical or online store will be able to do so safely and with the peace of mind of having a specialized technical service.

Xiaomi Store is located on the first floor of Shopping Abasto, in the new technological pole.

Motorola Flagship Store, the brand’s first experience with an experimental store in Argentina.

The second best-selling cell phone brand in the country, Motorola, inaugurated the new flagship stores on Wednesday. These stores are characterized by having the latest brand technology not only in regards to its smartphone lines, but also its entire technological ecosystem.

“At Motorola we seek to be increasingly focused on our consumers and even closer to them; the new motorola flagship stores will definitely allow us to strengthen our relationship”, commented Germán Greco, general manager for Motorola Argentina.

The first Motorola televisions that arrived in Argentina are in the flagship store in Palermo.

In order to offer a complete ecosystem of the brand, you will also be able to get official Motorola headphones, chargers and more accessories.

In addition, the portfolio of Lenovoowner of Motorola, from the next few weeks in these new spaces you can find IdeaPad and Yoga notebooks and tablets from the M and P line.

As part of this announcement, the company also announced a new agreement with Newsan, a Fuegian factory, to locally produce Motorola Smart TVs, which come with Android TV, and can now be found at the new Motorola flagship stores. Currently there are the 32” (LED HD), 43” (LED Full HD) and 50” (LED 4K) models; and from May the 55” LED 4K model will be on sale.