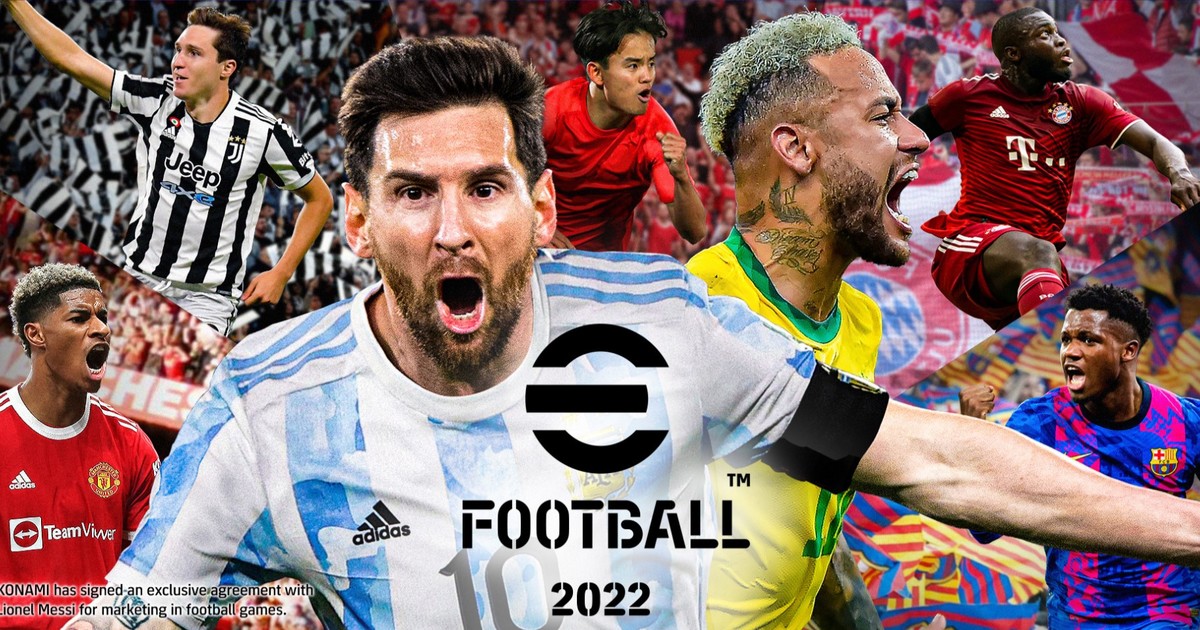 The launch of the expected eFootball 2022 (previously known as PES) was far from the expectations it had aroused among gamers. What’s more, it was chaotic and social networks were filled with memes and strong criticism. After several months of development, Konami announced the patch 1.0.0 which completely renewed its classic virtual football title.

With the aim of launching a more realistic version of the video game popularly known first as Winning Eleven and then as PES, the Japanese developer recognized that lost sight of the quality of the final product. “How could it be otherwise, we received deserved criticism from our fans who felt disappointed,” they acknowledged.

The result of 6 months of work delivered an eFootball 2022 with new commands and numerous elements (both attacking and defending) seen in modern football. They also readjusted the balance of the matches and fixed various bugs to ensure an enjoyable gaming experience unlike its first installment.

The memes about eFootball that went viral on social networks.

As they recognized from Konami, the changes were possible thanks to the “valuable opinions of our users”. At the end of 2021, the publisher relied on social media posts, plus a poll which was distributed among players and the specialized press, to focus on the key points to be corrected in eFootball 2022.

The renaissance of eFootball 2022

The eFootball animations of Messi, Ronaldo and Varane that had caused controversy a few months ago.

Clarion had access on Friday to a special session with Robbye RoneFootball brand manager in America, where we tested the novelties of the virtual soccer simulator on the console PlayStation 5.

The main change of the new patch 1.0.0, which will be available on April 14, could be seen in the defense. One of the criticisms at launch was that eFootball 2022 was very complex when it came to defending and get the ball back.

After reviewing the priorities in plays related to defense, Konami changed the default button configuration so that defense is more intuitive. We will also reintroduce the pressure commands that were available in previous installments. For example, you can now directly redial by simply pressing the “X” button (PS5).

Apart from individual defense, they also reassessed the elements of team defense. For this reason, we implemented the “Command Press” command. In addition to having multiple players chasing the ball, other teammates will also work together to regain possession by blocking passing lanes and moving the defensive line forward.

Also, they added a new command, “Shoulder Charge”to try to steal the ball more aggressively without committing a foul by pressing the square button and R2, in the case of PlayStation consoles.

The virtual soccer game eFootball 2022 will release a new patch to correct its main shortcomings.

When it comes to passing there is a new ‘Impressive Pass’ command, where the player carrying the ball can make an accurate pass or cross with the inside of the foot, as opposed to previously experienced slowness and errors. not forced.

For that there was an increase in the overall speed of the passes so that the pace of matches matches defense-related upgrades. In addition, they implemented a mechanism that takes advantage of the rebound of the ball as an acceleration force. This will come in handy when making a first touch pass, for example, as speed will increase due to this mechanism.

As for the passing errors, Konami deduced that they were due to both the actions of the passer and receiver during and after the pass, they explained. To do this, they corrected the improvement of the decision making regarding the objective of the pass, the decisions of the artificial intelligence of the players when receiving the pass and the movements.

The renewed eFootball 2022 brought new features both in the dynamics of the game and in the strategic part.

As a result of these fixes, the frequency of unnatural passing errors has decreased substantially.

Along with the passes also fixed bowshots for greater satisfaction. Specifically, they adjusted the speed, with an emphasis on realism and satisfaction, and the percentage that go to goal to properly reflect the circumstances of the match.

In the strategic section, the team configuration also received additional functions. In the “Strategy” menu, we implemented features requested by fans of the saga, as well as to solve certain problems in the options “Change formation”, “Individual instructions”, “Auto configuration”, “Secondary tactics” and “Management of data”.

Changes in My Club

The game mode where everyone can create a star-studded team was also revamped. At first it stopped being called My Club to become Dream Team (Dream Team), no more, no less.

But the name was not the only thing that changed, as they reworked many of our original ideas to make sure everyone can make the team of their dreams. One of these options was they removed the agent option to acquire players, to opt for the recipe of the old Master League mode: now they can be obtained in exchange for a certain number of coins.

They can also be develop players to suit each gamer’s style of play, which means there’s almost endless freedom to shape your team to your liking. For example, there are certain cards that can be upgraded to their maximum level. By achieving it, it will change its physiognomy.