Arceus will launch on January 18, 2022 set in the Hisui region 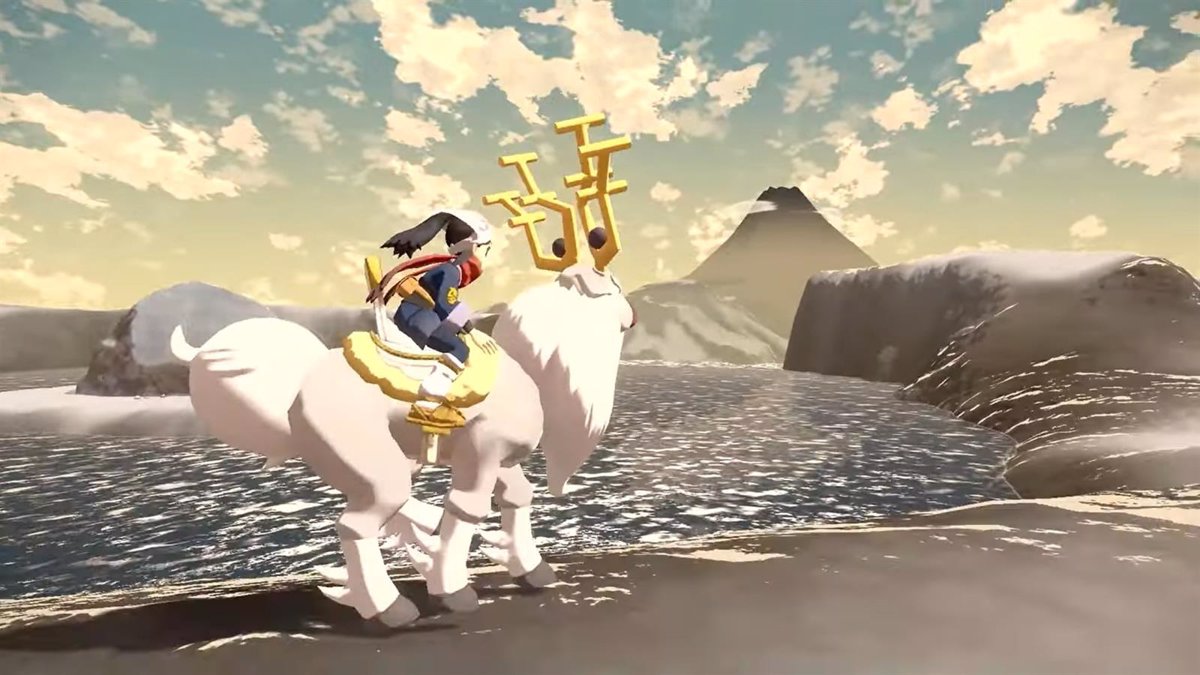 The Pokémon franchise announced this Wednesday the latest news coming to its video games, including the launch of the mobile version of Pokémon Unite on September 22, of the new Pokémon Shiny Diamond and Shining Pearl, and has shown the Hisui region in the one that will set Pokémon Legends: Arceus.

In the framework of a Pokémon Presents broadcast that took place this Wednesday, The Pokémon Company, a subsidiary of Nintendo, has revealed news about Pokémon Legends: Arceus, the open world prequel that will be released next year 2022, and it has been specified that It will arrive on January 28.

The game is set at a time when humans and Pokémon were still apart. It has shown part of its gameplay, in which players are surrounded by wild pokémon that they can capture, but which also attack the player and can weaken him.

Pokémon are divided into several types, such as strong or agile, with different combat characteristics and reactions when they see a human.

The adventure is located in the Hisui region, with a rich variety of ecosystems and which in the future becomes the Sinnoh region. Wyrdeer and Basculegion are some of the new creatures in the region, as well as new versions of Braviary and Growlithe.

The characters, such as Professor Laventon, are part of the Galaxy team, led by Commander Kamado, who instructs the protagonist to observe the pokémon. The game has camps where you can make objects with basic materials.

Pokémon Home is expected to have support for Legends: Arceus, as are the new Shimmering Pearl and Shining Diamond remakes.

The company has also announced news about the new Pokémon Brilliant Diamond (Shining Diamond) and Shining Pearl (Shining Pearl), two remakes of the Diamond and Pearl video games that the company is preparing for its arrival on Nintendo Switch.

The Pokémon Presents event has served to show images of the game, the combats and the narrative, which has as antagonists Team Galactic, as well as the legendary Pokémon Dialga and Palkia. It will be available on November 19 for Switch.

This game has been revitalized, 15 years after the original games were released. Shining Diamond and Shimmering Pearl are set in the Sinnoh region, with characters like Professor Rowan, rock.type gym leader Roark, and Cynthia.

Some functions have been rebuilt for the new games, such as underground activities, new pokémon hideouts (in which the creatures change according to the settings), the ability to decorate the effects when pokémon leave the pokéball, or beauty contests –

Other novelties come to the Union Room, where players can meet other trainers, while it is possible to make the trip accompanied by any Pokémon as a partner. Celebrating the launch, exclusive editions of Switch Lite featuring Dialga and Palkia will go on sale on November 5.

The online strategy video game Pokémon Unite, which pits players in four.on.four battles, has already debuted for Nintendo Switch, and has now announced its arrival on Android and iOS mobiles on September 22.

Likewise, the puzzle game Pokémon Café has received a new version with the announcement of Pokémon Café ReMix, which will arrive in the autumn of this year 2021.

To celebrate the second anniversary of Pokémon Masters EX, this Wednesday the Dynamax raids to the title arrive, among other new content that will arrive at the mobile title.

Pokémon GO, meanwhile, will receive new creatures from the Pokémon Sword and Shield video games, including the legendary of this generation.