the new bet of realme for the upper mid.range of design with Snapdragon 778G 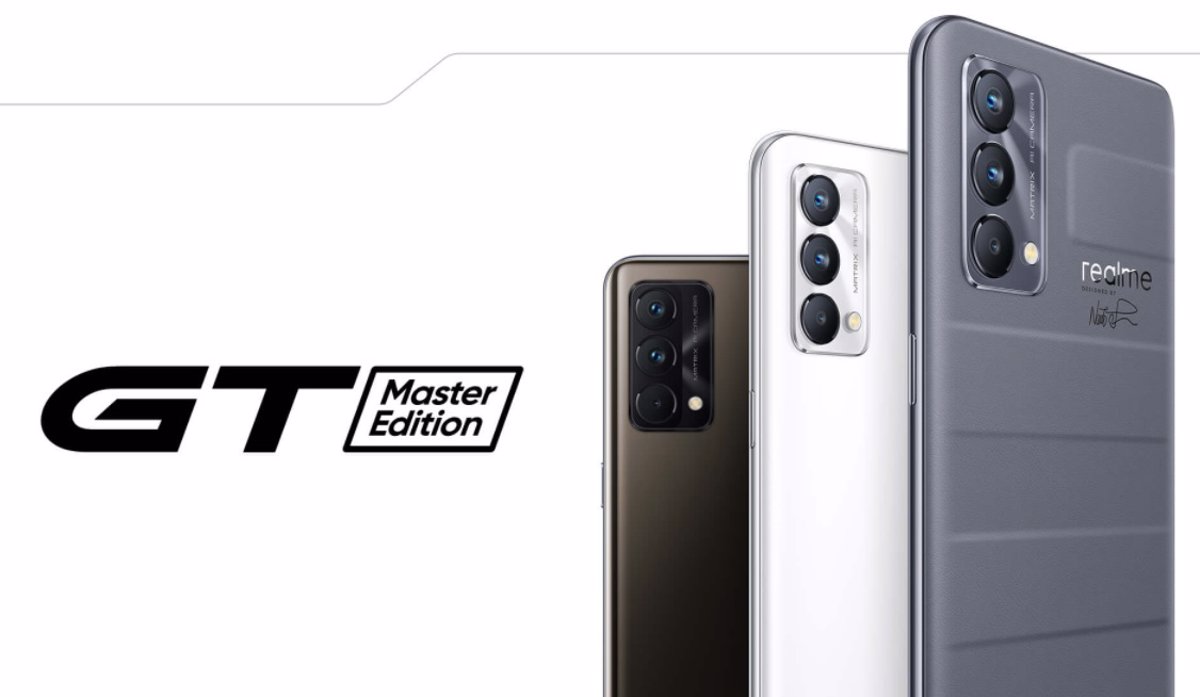 The technology brand realme has taken its commitment to the upper mid.range further and presented a new version of its latest flagship this Wednesday, realme GT Master Edition, with Snapdragon 778G processor, and another, GT Explorer Edition, which opts for the Snapdragon 870 model–

Since its launch in 2018, realme has become the seventh global selling brand, ranking in the top five in 18 markets including India, the Philippines and Russia.

It has also been the fastest brand to sell 100 million smartphones, as reported by the vice president of realme, Madhav Sheth, at the Realme Fan Festival digital event for his followers, where he announced that they expect to reach 300 million units before the end of 2024.

The new version of upper mid.range bets on a new design that it has defended as “iconic”, created to celebrate the 100 million units sold of the brand by the Japanese designer Naoto Fukasawa, author of other mobile phones of the brand such as realme X2 Pro –

The design of the realme GT Master Edition is inspired by a suitcase with the use of a horizontal grid to improve resistance and the gray color. It features a concave vegan leather design to improve grip, weighing 174 grams and 8mm thick.

The screen of the device, manufactured by Samsung, is AMOLED and has a refresh rate of 120 Hz. The new realme terminal will hit the market with Android 11 and will receive two years of operating system updates.

Its performance is based on the use of Qualcomm’s Snapdragon 778G processor, with a 40 percent performance improvement in the upper.middle range of the CPU and GPU. It also has support for WiFi 6 wireless networks.

Its internal configuration is 8 + 256GB, and it maintains features such as the 65W SuperDart fast charge, with which you can get 50 percent of the capacity after 13 minutes.

realme GT Master Edition has specific functions for video games, such as a steam chamber system that lowers the temperature by up to 15 degrees Celsius, virtual RAM that can spend an extra 5G of RAM, or real.time frame optimization.

At the camera level, its configuration consists of a triple rear camera with a 64MP main sensor, an 8MP ultra.wide angle with 119 degrees of range and a third 2MP macro lens that captures details at four centimeters.

The device adds a city photography mode to capture the city. Its functions include DIS Snapshot, which analyzes images when the shutter is pressed and selects multiple shots, or Intenat Focus for automatic focus. Quick Start, meanwhile, ensures the rapid opening of the camera.

The smartphone also has an urban filter inspired by the cinema, as well as the B&W Plus mode to enhance black and white photos with a retro aesthetic, or a dramatic mode with high contrasts. Its selfie camera is 32MP.

realme has also presented its new GT Explorer Edition, which aims at the high end, with advances at the screen level with the use of a 120 Hz AMOLED panel with 56º curved edges and with automatic frequency adaptation according to the content. It reaches a maximum of 1,100 nits of brightness and a contrast ratio of 6 million to one.

The device is powered by Qualcomm’s Snapdragon 870 5G processor, with cores up to 3.2 GHz of power, and also offers the cooling functions of GT Master Edition.

The second sensor is the 16 MP Sony IMX487 ultra.wide angle, while the front camera is 32MP.

realme has reiterated its intention to build an entire ecosystem of devices for the IoT, and has made reference to the announcement, which it had already made a few hours earlier in India, of its first laptop, realme Book.

The new realme Book makes use of a 14.inch IPS screen with 2K resolution that covers 100% of the RGB color spectrum. Its screen ratio is 3: 2, covers 90 percent, and has 5.3mm bezels. The start button has a fingerprint reader.

Its aluminum design is compact, measuring 15.5mm thick and weighing 1.38kg, and other features include 11th.generation Intel Core processors from the i5 and i3 families. It will launch with Windwos 10 but will upgrade to Windows 11 for free.

realme Book is not confirmed for the Spanish market at the moment– The brand has also announced that its first tablet, Realme Pad, will be announced soon, although without specifying the date.