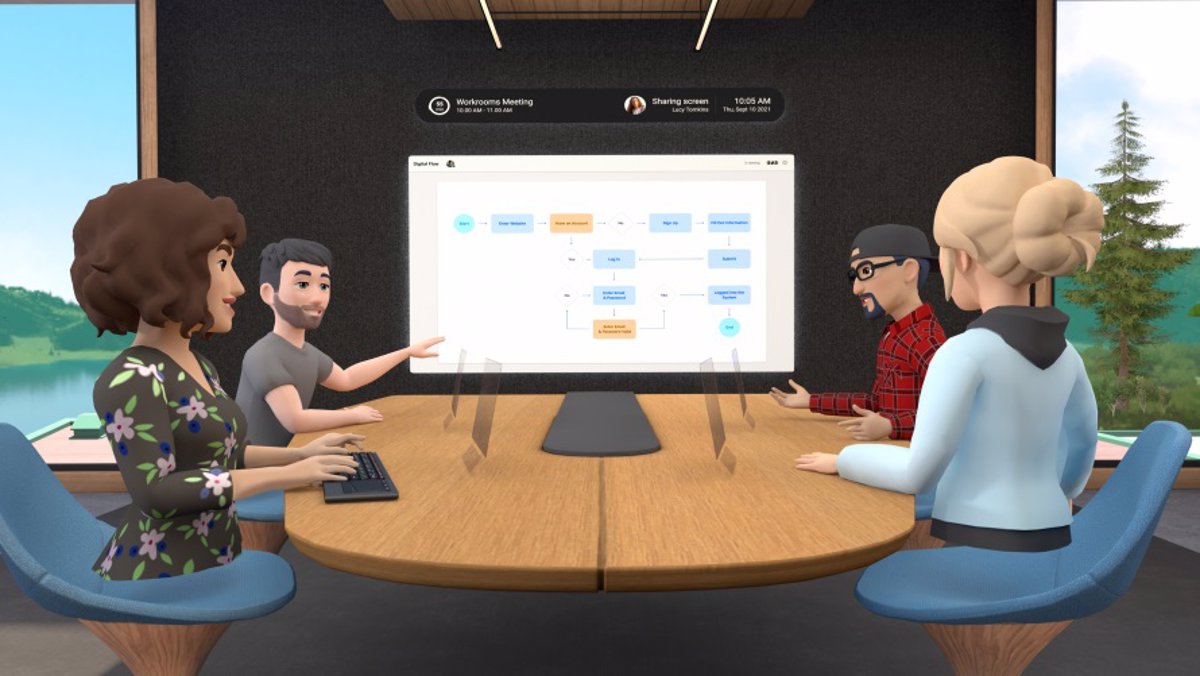 Facebook has announced its new Horizon Workrooms platform, a service that allows you to carry out work meetings in digital environments through the use of your Oculus Quest 2 virtual reality headsets, being possible interact with other people through their avatars.

Horizon Workrooms, which is available from this Thursday in open beta in the countries where Oculus Quest 2 has support, is the “flagship collaboration experience” of Facebook, as reported by the company in a statement.

The platform allows users different functions in a mixed reality environment, such as hold business meetings, regardless of physical distance where the employees are.

Horizon Workrooms allows users to participate in meetings in virtual environments in virtual reality through their The eye Avatares, as well as spatial audio technology for a greater immersion when perceiving the sounds from the different places of the virtual space.

For this they use the Facebook Oculus Quest 2 virtual reality headsets, but also from other compatible external tools such as computers and keyboards that can also be brought to life.

The service is compatible with the new Oculus Remote app for Windows and Mac computers, and in this way users can share the content of your screens in the virtual reality environment to the rest of the participants in the meeting, in addition to other functions such as taking notes.

Horizon Workrooms virtual offices also include a whiteboard with which users can interact and draw via the Oculus control knobs. It is also possible to paste images from a computer on the board, and for this the tool tracks the position of the user’s hands.

The digital rooms of this platform are not always the same, but can be customized as needed of each meeting, depending on whether collaboration, conversation or a presentation is more necessary.

Horizon Workrooms has support for up to 16 participants at the same time in a virtual reality meeting, although it can go up to 50 people adding members from video call.