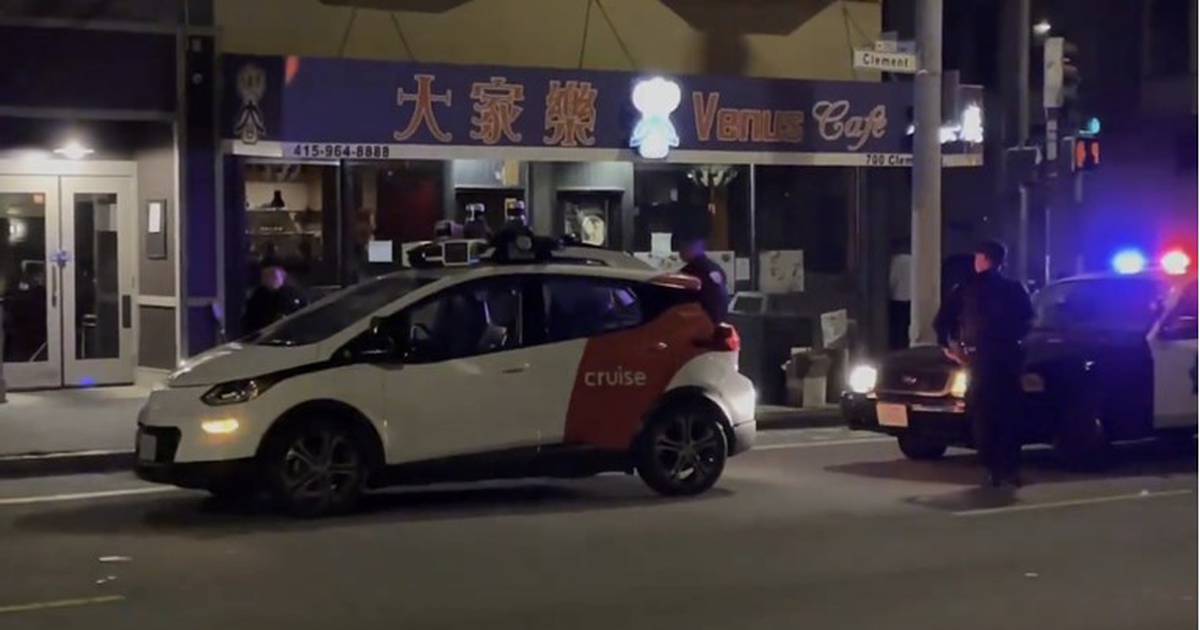 San Francisco police officers recently faced an unprecedented problem, stopping a car driving on the road in the middle of the night with its headlights off, but they soon found that there were no drivers or passengers in it.

It turned out to be a self-driving electric car, and the unusual event was recorded on a mobile phone by a random passer-by, who posted the recording on social networks.

It shows confused police officers circling around the vehicle and peering out the window for a few minutes, and one of them is surprised to notice that “there is no one in the car”.

The owner of Cruise, which owns self-driving cars, explained on Twitter what happened.

He said the car “registered a police vehicle and then stopped at the nearest killing pad, as scheduled, so as not to interfere with traffic. A police officer contacted Cruise staff, but there was no response.”

– There is no one in it, this is not normal – the voice of a police officer can be heard peeking into a parked vehicle.

Cruise explained that the car’s headlights were turned off due to human error.

The company was founded in 2013, and the cars have software that allows them to drive completely autonomously.

U.S. maker General Motors has a majority stake in the company, valued at more than $ 30 billion thanks to investments by companies such as Microsoft, Honda and Walmart.

As of February, Cruise offers individuals the option of booking free rides on the streets of San Francisco without a driver.

Residents of this California city can often see Google-owned Wayma robots on the streets.