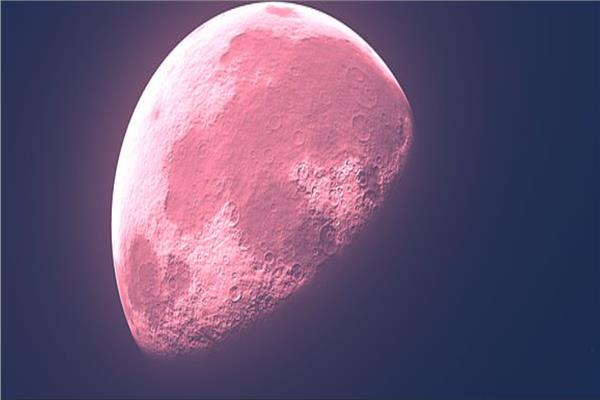 According to the British newspaper, the Daily Mail, although the name Badr April is described in pink, which may suggest that the color of the moon will change to this color when it rises, you may feel very disappointed that this will not happen, as the moon actually derives its name from its coincidence. With the blooming of wildflowers known as ‘Phelox subulata’, in early spring, in North America, which has a wonderful pink color, it is a hallmark of spring.

The full moon of April is also known as the “Paschal Full Moon”, and the phrase Paschal is derived from the Greek word Passover, which means “Easter”.

The pink moon is also called the grass moon, the egg moon, and the fish moon.

The full moon occurs when the moon is on the opposite side of the earth from the sun, which means that its face is fully lit.