They have been waiting for a new school for 20 years: Students from St. Elijah in the fall in a new modern building 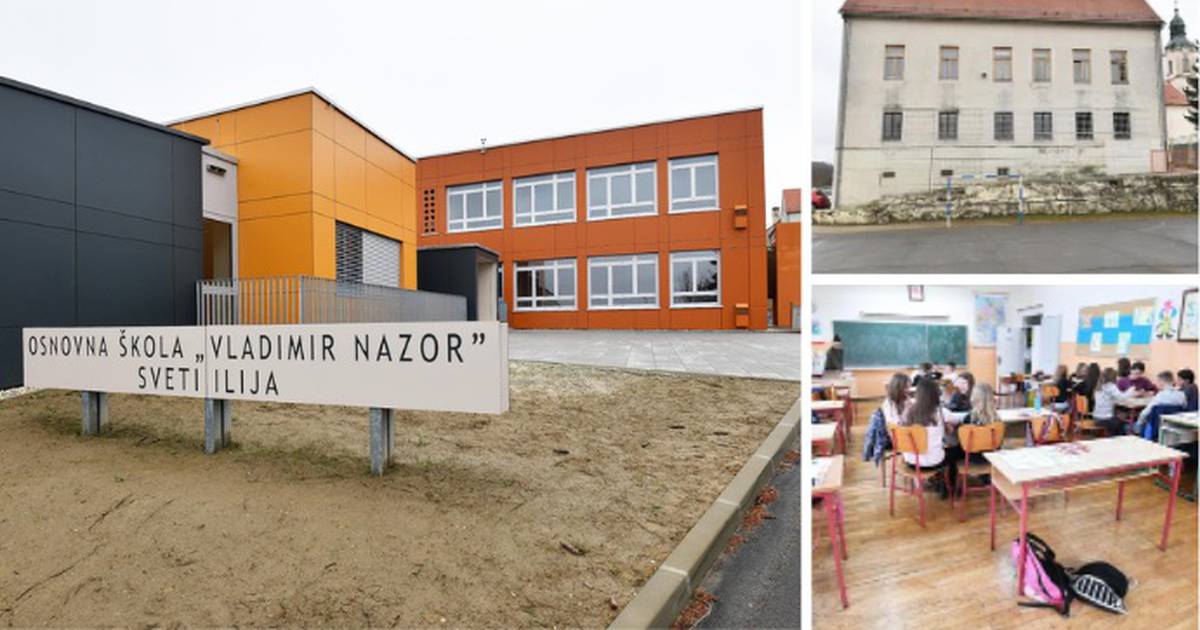 I’m looking forward as soon as I don’t have to go uphill to school, the little students of the elementary school “Vladimir Nazor” in Sveti Ilija, not far from Varaždin, tell us. By the end of this school year, they will still have to go to the old building of their school, which is 183 years old and is located at the top of the street there. But every day they also watch a new, super modern and beautiful new school building being completed.

– I am looking forward to each subject having its own classroom, so we will change classes for each subject – says Kaja (11), while Niki (11) is glad that there will be no more “printing” in classrooms and hallways. In the new school building, the 800-square-meter physical education hall will replace the 110-square-meter one in the current building, which is one of the oldest in Varaždin County and the only one with two-shift classes.

Elementary school “Vladimir Nazor” it is only one of five schools in Croatia whose renovation or construction is financed mostly from the state fund. Three years ago, the Ministry of Science and Education amended the Education Act, which allowed the state to fund school renovations. This applies to schools that are dangerous to the life and health of students, if it is a school attended by national minorities and institutions for children with disabilities.

The state covers 80% of construction costs

From the first “moves” it took two long decades to build the new building of this school. Ministers, counties, city, municipality, all promised a new school, but there was no progress. The first building permit was issued in 2005, the second in 2007 and finally in 2019, the third building permit, according to which a new school was built. The total value of construction works is slightly more than 56 million kuna, of which 80% is financed by the Ministry of Science and Education, five percent by the Municipality of Sveti Ilija, and 15% or 8.4 million kuna by Varaždin County. In addition, the county, as the founder of the school, additionally provided HRK 430,000 for utility connections (electricity, water and gas).

– We are very excited. We are still waiting for a technical and operational permit and it will be furnished by the fall. It was really time to provide children with space and a pleasant ambience. In the school, there is a healthy partnership between students and teachers, students took care of the furniture and each other – says the principal Anđelka Rihtarić, who showed us the benches in the hallway 12 years old that do not have scratches. Just on the day we spoke to her she marked 13 years at the helm of the school.

The school is attended by 235 students, and the new one will be able to accommodate 400. It has 19 classrooms, a large library, a dining room, a kitchen and a sports hall.

– The school will for sure change the spirit and character of the community. I believe that the school will build its identity for years and years in the kindness, nobility and preparation of children and youth for inclusion in adult and mature life – concludes Rihtarić, who is convinced that the school will now attract new students.