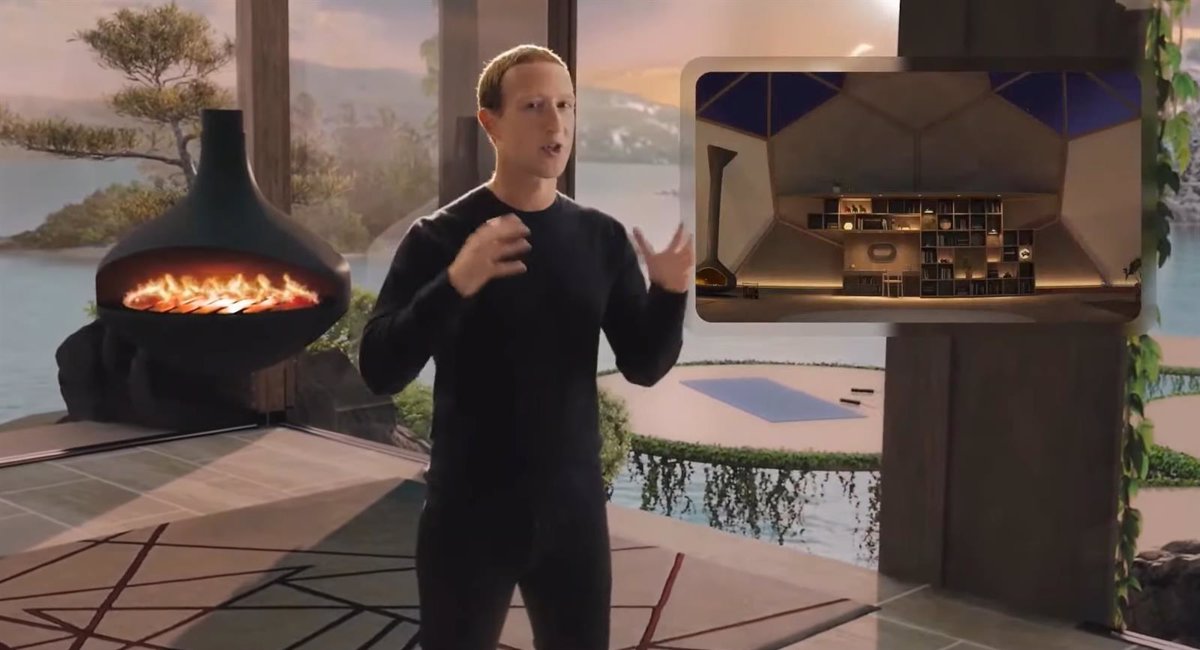 The plans for development of augmented reality hardware (RA) that Meta intends to become the nexus with the virtual worlds of the metaverse they point to a first device in 2024, and with lighter and more advanced designs for 2026 and 2028.

Meta’s roadmap for its augmented reality glasses marks the arrival of the first model in two years. It would be about ‘Project Nazare’ which CEO Mark Zuckerberg announced during Facebook Connect in October last year, an event that also unveiled the company’s new identity.

The development of the ‘Project Nazare’ glasses is approached from two perspectives: how much technology can be packed into a standard pair of glasses and how can that technology be made miniaturized enough to fit into them.

Zuckerberg explained that this was due to the number of sensors and elements that must be integrated without exceeding 5mm in thickness. The ‘hardware’, in addition, will be accompanied by new interfaces that detect the movement of users, not just their facial gestures, to recreate the interaction.

The AR glasses would work independent of mobile phones although with the help of a portable and wireless device for its operation and with its own operating system for the ‘software’ and applications.

The company is currently working on another additional model, lighter and more advanced, which would arrive in 2026, con a third generation two years later as reported by The Verge, citing sources familiar with the Meta roadmap.

These augmented reality glasses are Zuckerberg’s new great innovation project, With which he hopes to raise the image of the company, not only after his popularity as Meta, in an attempt to separate it from the privacy scandals linked to its social networks, Facebook and Instagram.

According to a former employee who worked on the project, the manager sees in this ‘hardware’ “one moment iPhone”, and it would even put it in a better position against Apple and Google, who currently dictate the rules on mobile applications.

Currently, Naraze has a design similar to the black glasses Superman wears in his Clark Kent identity, and they have a weight of 100 grams, four times higher than normal glasses. Also falls short of the goal of offering a 70 degree field of view -superior to what is currently offered on the market-.

In its current development, AR glasses offer four hours of autonomy and its use is limited to interiors. It will have a custom chip, and the screens will be powered by MiniLED projectors and custom waveguides, with eye-tracking technology and stereo audio.