Is it possible to kill a person in the virtual world “Metaverse”? The law answers 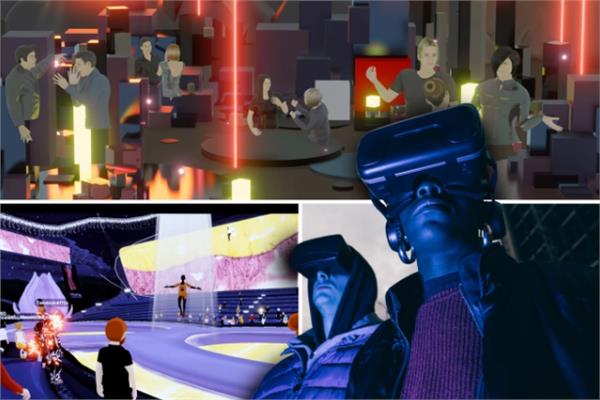 “Murder” in the metaverse may not carry a sentence of up to 25 years to life in prison, or even be considered a felony, but it could be a crime in and of itself, some legal experts believe.

The British “Sun” publshed a report, in which it spoke to two lawyers, who have written about crime in the metaverse, as well as a former Manhattan attorney-general turned law professor about violence in the virtual world, and whether they can be prosecuted.

Two of the three experts said that violent crimes such as murder, rape, or assault in the metaverse could be said to be as important as verbal crimes such as threats, harassment, slander, or slander, etc., and the matter ends in Drafting laws as they are currently written, according to experts.

For his part, John Bandler, who studies cybersecurity and cybercrime at Elizabeth Hope School of Law at Pace University in New York, said that they wrote and called for the protection of real people alive even in the virtual world, explaining that the law is not intended to protect the avatars or software code, which fills metaverses. metaverse.

“I will see it more like speech or expression, not as a physical act against a person,” Bandler explained.

He added, “We can analyze whether this speech or expression is permissible or appropriate or not.”

According to the report, this argument fuels the larger First Amendment societal debate about what is appropriate speech, what is inappropriate, and what speech can be prosecuted.

“All phishing, cyberbullying, threats, and bad behavior online happen all the time, which is nothing new, and of course it will happen in the metaverse,” said Greg Pryor, an attorney at Reed Smith LLP.

“But if you say something racist, or offend someone on the basis of race, religion or gender, you will likely be sued,” he added.

A third expert, Patrick Roberts, of the Roberts Law Group, said it would be difficult to prosecute an usually anonymous user and prove that the user really did.

“The consequences will most likely be some kind of default punishment, such as deactivating or restricting a user’s avatar,” he added.

A North Carolina attorney said: “A person who has used a virtual violence avatar may be restricted or banned for a period of time.”

He continued, “This is all speculation and has implications for freedom of expression, and after all people kill each other in video games all the time without consequences, I cannot imagine real punitive consequences for virtual crime or in the world of ‘Metaverse’.