The strange cause for the Obelisk’s purple color this Friday 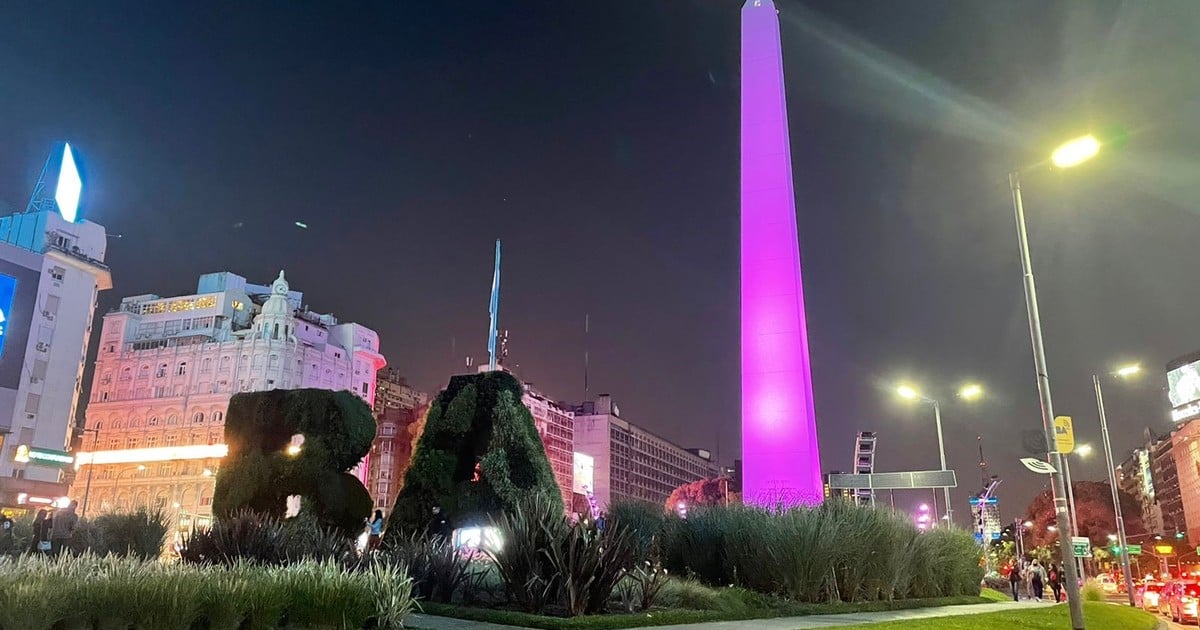 The Obelisk is generally illuminated in various colors to remember, show support for, or celebrate some significant event that occurs both in the country and globally, as is customary. This is how the monument was coloured purple on Friday to commemorate an Argentine victory that many people were unaware of.

This is the classification of the gaming team 9Z Team at the Antwerp Major, an internationally contested Counter-Strike: Global Offensive tournament in which Argentina placed first for the first time.

It is a historic triumph for the Argentine esports team, made up of Luken, Dav1d, Max, Rox, Dgt, and Zakk, who stood out against the game’s most well-known forces and propelled Latin America to the top.

Their followers cheered them on throughout the day: social media was flooded with messages of support for them, as well as encouragement from celebrities such as Dukithe, Argentina’s most popular singer today.

The Antwerp Major, in which they will compete now, begins on May 9 and has already confirmed the participation of 9z Team, FURIA, MIBR, Imperial Esports, Complexity Gaming, and Team Liquid.

With their victory in the international Counter-Strike: Global Offensive battlefield, the 9Z Team dyed the Obelisk purple.

“With a lot of egg coming in through the large entrance from below; a lot of pride since all of our players are Latino; a lot of pride for everyone. We made history with far fewer resources but a huge heart and a burning determination to bring Argentina to the top,” said Francisco Postiglione, the team’s creator.

In response to 9z’s victory, José Luis Giusti, the City Government’s Minister of Economic Development and Production, said: “The lighting of the Obelisk is a way to honor and celebrate the efforts of a sector that is increasingly providing more opportunities for professional and work development, as well as leisure, and which the government will always support.”

“The gaming sector in the city has immense potential, and we will continue to support that expansion,” he added.

Francisco Frankkaster Postiglione, one of the region’s most well-known streamers, formed 9z Team, an Argentine professional esports company, in 2018.

The 9Z Team qualified for the Antwerp Major of the Counter-Strike: Global Offensive video game.

The company’s main goals are to grow the electronic sports (esports) discipline in Argentina and Latin America, helping to elevate the business to new heights.

9Z Team has established itself as one of the most important esports organizations in the region as a result of its achievements.