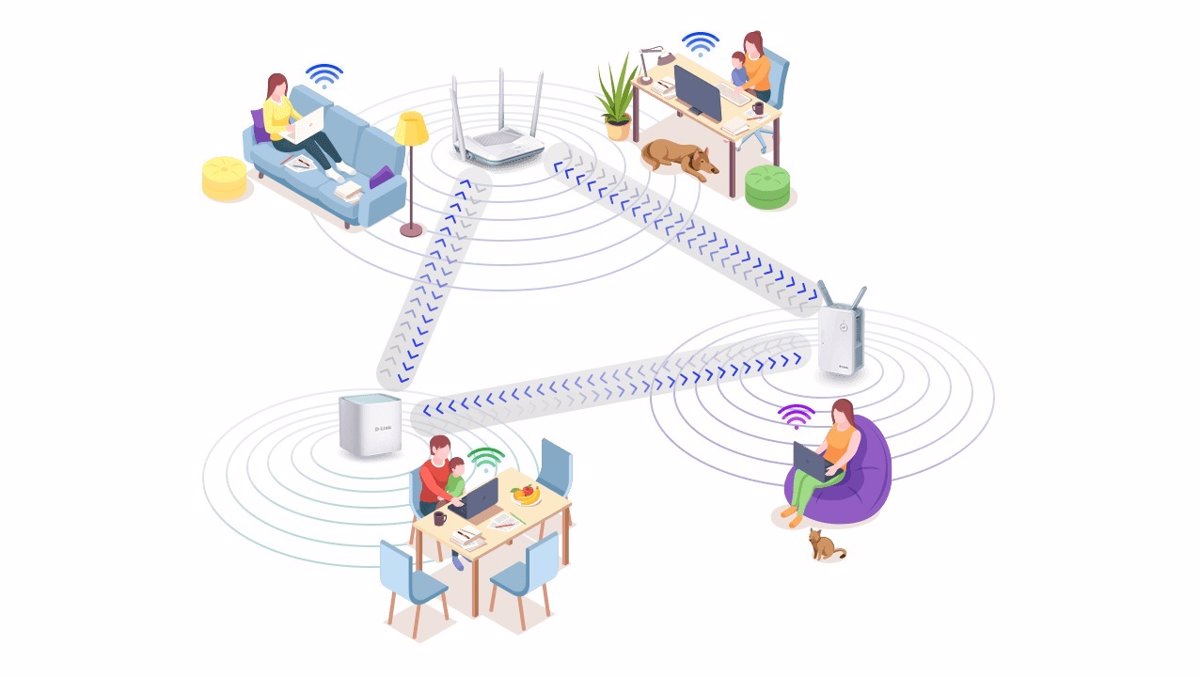 Before the epidemic, a robust Wi-Fi connection had become a necessity for Spaniards due to the rise in teleworking, remote education, and digital leisure. Nearly 16 million households with at least one member aged 16 to 74 have fixed or mobile broadband Internet access (95.9% of the total, compared to 95.3 percent in 2020), and enhancing this connection is one of the most common difficulties.

WiFi Mesh technology, which originated in corporate situations to increase connectivity in the home, is one of the finest choices, according to experts. It’s a Wi-Fi network made up of a ‘router’ and its satellites (or access points) that communicate with one another to form a single network with the same identifier and password.

“There is only one WiFi network with mesh technology, and as we move around our home office, our mobile or laptop will automatically jump from the coverage of the ‘router’ to the coverage of the next Mesh extender with better signal intensity without noticing any interruption,” explains Anselmo Trejo, Director of Marketing and Communication at D-Link Iberia.

As a result, once configured, the network is capable of always redirecting traffic in the best possible way, providing the user with the best signal available at all times. This is becoming increasingly critical, especially since the number of wirelessly connected gadgets in homes increases rapidly every year: tablets, laptops, thermostats, and cellphones, to name a few.

“Until the advent of Mesh technology, when we installed a standard WiFi extender, it usually generated another WiFi network that had to be manually connected to, so any videoconference would be disrupted if we had to move away from the router to go to another room with our mobile,” Trejo adds.

According to the business, it consists of a neutral router (D-Link R15), two or three desktop extender node kits, and a wall extender.

“Because all of these items are compatible with one another, it is easy to identify the best strategy to extend WiFi coverage for any home.”

Since in some cases the best spot to extend coverage will be a corridor without tables and it will be essential to connect the wall extender, while in others the best place to have the WiFi amplifier will be a table or shelf,” D-Link adds.

The AI Wi-Fi Optimizer, which analyzes the radio frequency spectrum and channels to connect devices to the least busy channels, is one of the features included in this system.

the AI Traffic Optimizer, which intelligently adjusts priorities based on connected devices and their bandwidth needs (streaming, online gaming, video conferencing). It also includes parental control, which allows you to monitor connection time and Internet access schedules by device.