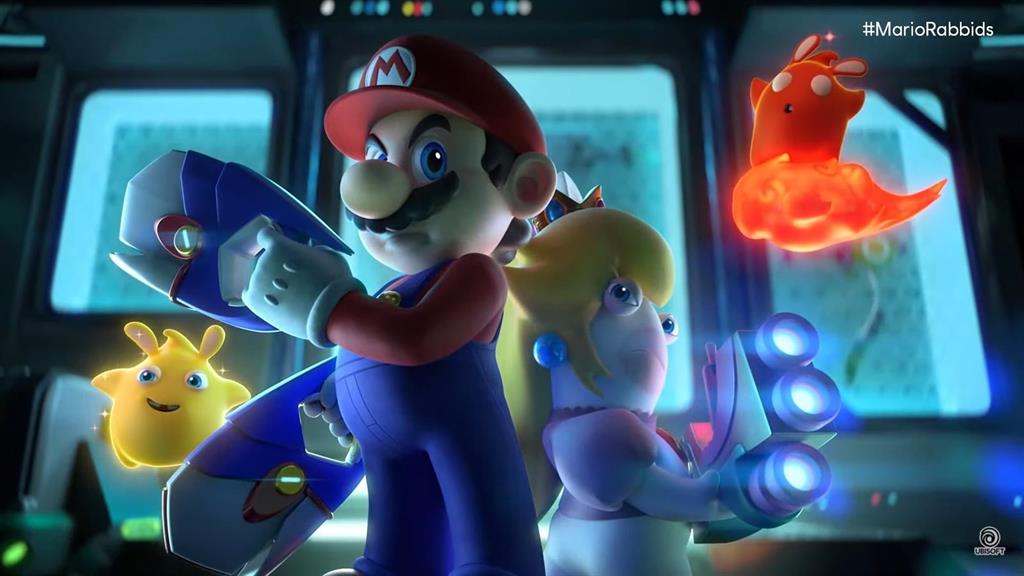 Rainbow Six Extraction, Assassin’s Creed Valhalla and Far Cry 6 have starred in the event this Saturday Ubisoft Forward, where the developer has presented Mario + Rabbids Sparks of Hope and shared new material from the Avatar game.

The developer has shared more details and a gameplay of Tom Clancy’s: Rainbow Six Extraction (presented at E3 2019 as Quarantine) as part of the E3 2021 fair.

In this title, the alien parasite detected in New Mexico has spread to new areas and evolved. In the process of trying to contain him, Hibana has been captured, which organizes an extraction mission to rescue her.

This new delivery is enhanced the cooperation capacity of the players, who should fight together and learn from the enemy. But the agent who is caught will not be able to participate in the game again until he is rescued by the others. It offers mode for a player or for up to three partners.

From the same franchise, Rainbow Six Siege It was released six years ago, and this Saturday Ubisoft announced the multiplatform game, which will allow you to keep and track your progress no matter where you play from.

Unification will be gradual, as the company wants everything to work properly when it is available: on June 30 it will be released for Stadia, and cross-platform support will be available between Stadia, Luna and PC. In early 2022 it will roll out to Xbox and PlayStation, with support for all gaming platforms.

The company has also announced Rocksmith+, a subscription service to learn to play guitar (acoustic or electric), which offers an extensive catalog of songs and a platform that guides the user and allows him to follow the progress at his own pace. Registration for the closed beta for PC is available from this Saturday.

Sports multiplayer Riders Republic will be available on September 2, and Just Dance 2022, featuring 40 new songs and the collaboration of singer Todrick Hall, will arrive on November 4 for Nintendo Switch, PlayStation and Xbox.

Assassin’s Creed: ValhalThe is the best launch of the franchise to date, according to the company, which has announced the expansion of the history of Eivor with new expansions. Wrath of the Druids recently arrived, centered on Ireland, and this summer the story will take the player to France, Siege of Paris, which will recover infiltration missions and will introduce new abilities, weapons, equipment and enemies. A new discovery tour is coming in the fall and there will be more expansions next year.

Far Cry 6 has also had its space in Ubisoft Forward. In this case, the company has shared a video in which Antón Castillo is seen teaching his son a lesson when he discovers that he is trying to flee on a fishing boat.

Ubisoft has also announced a new adventure from Mario+Rabbids, Sparks of Hope, which leads the heroes on a more ambitious mission: save the galaxy. To do this, they will have a ship that will take them from planet to planet and will have the help of the Sparks, whose origin is the center of this new exclusive story for Nintendo Switch.

The company has closed its event with new avatar material, the game from the eponymous movie designed with the Snowdrop engine. This is Frontiers of Pandora, which will arrive in 2022 for PlayStation 5, Xbox Series X / S, PC and the streaming platforms Luna and Stadia.