What’s happening in the smartphone market, explained by who the market does 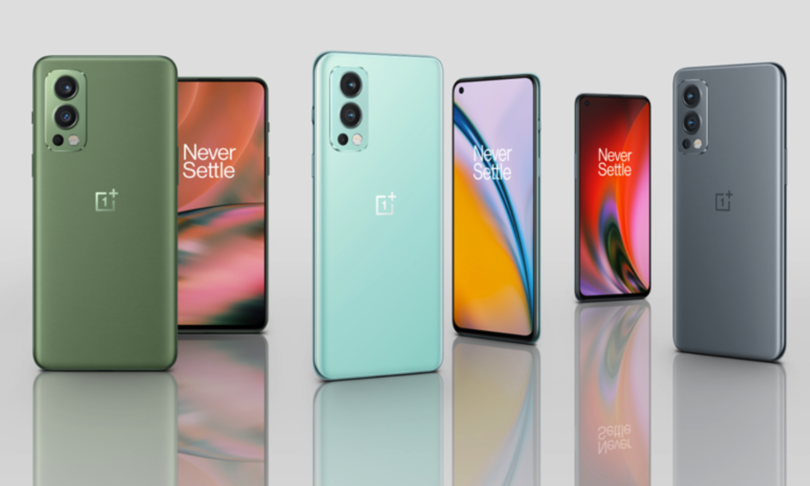 Great is the confusion under the sky of the smartphone market and the situation is therefore excellent. Paraphrasing the phrase attributed from time to time to Confucius or Mao, we can get a vague idea of ​​what is happening among the numerous brands that crowd the palette of Chinese producers.

And it is no coincidence that Confucian (or Maoist, if you prefer) doctrine is put into action right beyond that curtain that today appears at the same time more impermeable and permeable than ever. Impervious to warnings from the West, very permeable as regards the movement of goods.

Staying on China, it seems that stocking up on microchips has sheltered telephone companies from the shortage that has already slowed down car manufacturers and if you look at the data on shipments recorded by Canalys, it does not escape that the main Chinese brands put together have exceeded the sum of Apple and Samsung: 37% of the market against 33%.

In theory, it is Xiaomi, which holds 17% and has experienced a growth of 83%. But if we consider the aggregate data of Oppo (which includes OnePlus and realme) and Vivo, it is the Bkk conglomerate that takes the lion’s share, with 20% of shipments.

But we are always in the field of theory both because Chinese companies do not exactly shine for transparency, and because, as in the three.card game, brands go from here to there, merge, merge, split up, reassemble, exchange. pieces and technologies and in the end it is no longer clear who does what and for whom. An example is the partnership (or merger, or incorporation?) Between Oppo and OnePlus, which in any case are already part of the Bkk family. Great is the confusion under the sky, precisely, and in this confusion it is easy to thrive.

But what does it matter to the consumer of all this? Nothing at all. The consumer is interested in having the best technology at the most accessible price. That he doesn’t really need a lot of computing capacity, ease of use and connection speed is another question. The important thing is to have it available because, as a manager of one of the emerging market players said, the smartphone is less and less a telephone and more and more an ‘enabler’. Mark this word, because we will be back.

The consumer, we said, matters to have the best for less and one of the brands to understand this was OnePlus, which for years has been a sort of ‘rebel’ brand, tied more to the wishes of the fanbase than to those of the market tout.court and that now it is transferring its philosophy from flagships to a mid.range that has become increasingly demanding. Again: the best for less. The first attempt was made last year with the Nord model, a mid.range phone with (almost) flagship hardware and software, and exactly one year later it’s time for the Nord 2 5G, a complete update, from camera and from performance to charging and design. Which translates in a nutshell into a triple 50 MP AI camera with Sony IMX766 sensor and optical image stabilization (OIS), Warp Charge 65 (charges from 0.100% in less than 35 minutes) and OnePlus OxygenOS software

One of the novelties is the use of the MediaTek Dimensity 1200.AI processor which should improve the CPU performance by 65% ​​and the GPU performance by 125% compared to the model of a year ago and above all free the company from Qualcomm’s Snapdragons. Simplifying (and a lot) it is a phone in which performance and price (from 300 to 400 euros depending on the memory size you choose) are perfectly balanced. Pay for what you have and not a penny more. And in an industry where products happen to cost much more than they are worth, that’s not cheap.

To understand what is happening in the smartphone market, ` interviewed Tuomas Lampen, Head of Strategy at OnePlus.

Doesn’t the partnership with Oppo risk undermining the philosophy that has always been the basis of OnePlus, a brand that has always tried to maintain its own independence even within a conglomerate like Bkk?

We also recently announced that we are working on integrating the OxygenOS and ColorOS codebase. This is an example where deeper integration with Oppo will add value for OnePlus users, as it will allow us to deliver more stable OxygenOS updates and improve our software maintenance schedule.

The Nord model has already revolutionized the mid.range market since last year. What is the strategy behind equipping a mid.range smartphone with flagship hardware and what are the points on which the customer has the most need?

Community feedback is certainly important to the product creation process. But to better understand the markets we target, we also conduct very in.depth research to understand what is important to each consumer segment. For example, with OnePlus Nord, our research has guided us towards the decision to focus on building a powerful camera to bring a flagship.level OnePlus experience to the mid.range market. Likewise, the OnePlus Nord 2 5G is the result of an analytical view on the sector, combined with feedback from the community.

The OnePlus Nord 2 5G is our most decisive step in the mid.range, as it offers truly uncompromising performance based on artificial intelligence, has a smarter camera system and all those elements that make it comparable to a flagship. It is equipped with several flagship features, such as the 50MP main camera, a Sony IMX 766 sensor, OIS, Warp Charge 65 and the 4500mAh battery taken from our flagship OnePlus 9 series. It also features a flagship MediaTek chipset: Dimensity 1200.AI, exclusive to OnePlus, equipped with a number of features based on artificial intelligence to improve the overall user experience.

At OnePlus we firmly believe that it is important to deal with your projects with a critical eye, to remain constantly connected to the growing needs of our users. This approach led us to the Nord series: tackling the price range and challenging it, while staying true to our Never Settle philosophy. From the beginning, we have created products that were capable of revolutionizing the market in more and more price ranges. OnePlus Nord 2 is the complete smartphone that surpasses products in almost all price ranges: it is the flagship killer of 2021.

What has been the reception of the Nord models not so much by the public as by the fans who have always represented a fundamental element of OnePlus’ commercial operations and technological choices?

When we planned the launch of Nord, we were confident it would be a very solid device, but we weren’t fully prepared for the response we received. Since our announcement, there was a lot of excitement in the air. Once the product was launched, the response was phenomenal and the sales were proof of the quality of the product.

The reception from our users and fans went beyond our expectations, positioning OnePlus Nord as our best.selling device in Europe. OnePlus Nord was also the best.selling smartphone on Amazon in Italy, France, Germany and the UK in the month of launch.

The ultimate goal of the Nord product line was, and always will be, to make great technology accessible to an even wider audience.