NASA publishes video of the solar eclipse on Mars 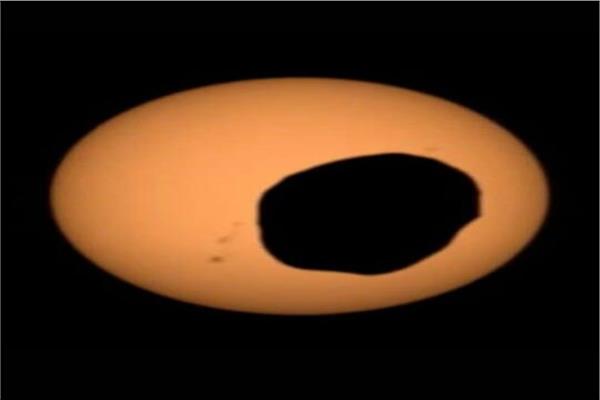 NASA’s Perseverance rover has captured an exceptional solar eclipse from its location inside Jezero crater on the surface of Mars, where the small moon Phobos appears, as it moves in front of the sun in a completely different view of the solar eclipse compared to what is seen from the surface of the Earth.

The eclipse was observed on Mars on April 2, 2022, for a period of 40 seconds, and the images were collected in a wonderful video released by NASA today, Wednesday. Spirit and Opportunity The first images of Phobos during a solar eclipse, which were also done by the rover Curiosity.

Phobos is the closest and largest of the two moons of Mars (the other is Deimos), its width is about 11.5 kilometers, so it cannot cover the sun completely, so it causes something like an annular eclipse of the sun, although its view is completely different to the annular eclipse in the sky of Earth, on Earth.