9z Team, the Argentines who qualified for the Counter Strike World Cup for the first time 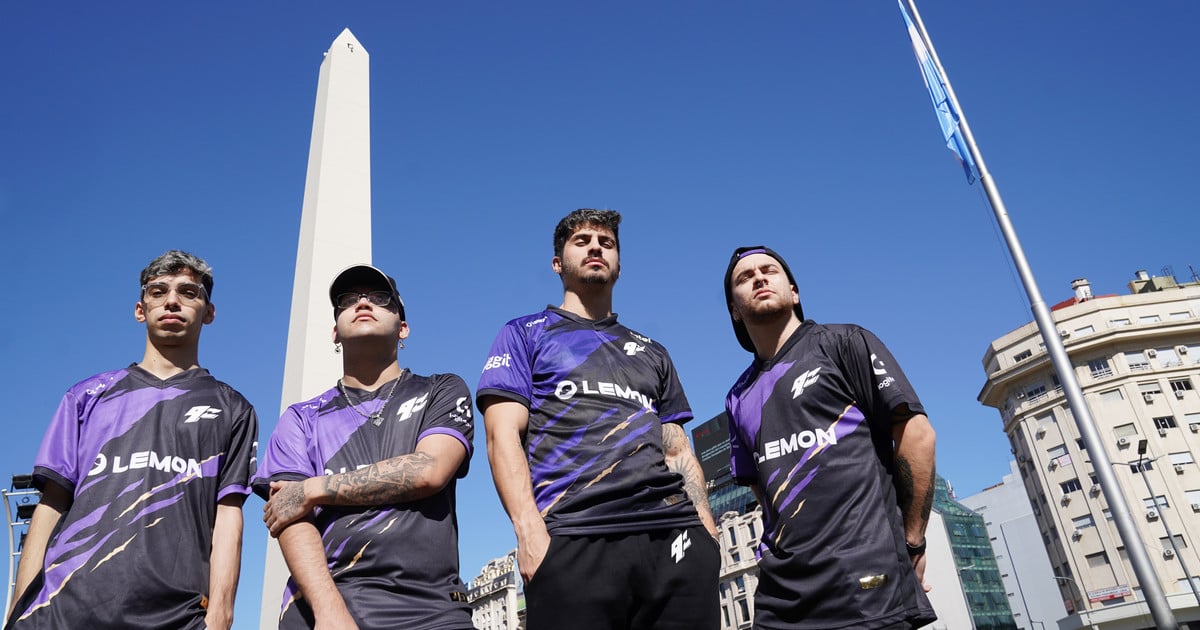 “Dreams are made to come true”. Francisco “Frankkaster” Postiglione, CEO of the 9z Team, can still own the phrase attributed to Walt Disney these days. His team won for the first time in the history of esports in Argentina Qualifying for the World Video Game Tournament Counter-Strike: Globall Offensive, the evolution of that shooting game that was all the rage in the now defunct internet cafes in the early 2000s.

As if they were the Rolling Stones, Mick Jagger’s mythical band, the 9z Team players walk around the city of Buenos Aires with their purple shirts and that relaxed style that characterizes young gamers.

The most required Francisco “Frankkaster” Postillionthe brain behind this four-year-old organization, does not hide his brand-new bald hair – product of a promise – to take a selfie with a fan that intercepts him at one of the traffic lights. Meanwhile, another passing from a car yells “Hang on 9z!”

All this happens a few meters from the Obelisk, the historical monument that on Good Friday dressed in its colors to honor it, as part of an initiative carried out by the General Directorate of Youth Policies that has esports as its flag.

With the Brazilian Rafael “zakk” Mestre in the technical direction, the quintet made up of the Argentines Luca “Luken” Nadotti (25 years old) and Martín “Rox” Molina (19), the Uruguayans Franco “Dgt” García Cabrera (20) and Maximiliano “Max” González (22) and the Chilean David “Dav1d” Tapia Maldonado (21) even received greetings from the head of government Horacio Rodríguez Larreta through his Twitter account.

Just as Argentine tennis players qualify for a Grand Slam or golfers for an Augusta Masters, electronic sports (esports) have their own in which the best quintets in the world compete. In CS:GO they are called Majors and they are a longing for those who are part of their competitive scene.

With nothing to lose, 9z Team got off to a hesitant start that took the form of two defeats that put him prematurely on the brink of elimination. He then showed the best side of him, resilience. That took him later to get five wins in a row before the coveted World Cup quota.

“It could be two, three, four weeks that I’m still not going to fall that we qualified for the Major. The truth, It is the dream of every Counter playerRox said. “We started losing zero two and a half low. We knew that we are not playing badly, but we started for the ortho (sic). From there with the team we were putting him, trying to get ahead, giving life in each game… giving it all until we get it”.

After that difficult start, 9z Team managed to bounce back with a series of stellar performances and three consecutive wins against Bad News Bears, 00Nation y Sao Caetano.

However, these results did not qualify for direct classification and those in violet had to face two other challenges to win their ticket to the Major in Antwerp, Belgium.

The first against the North American team Evil Geniuseswhich ended 2-1 in favor of the squad led by Zakk and the last one, in a hot series against the Brazilians Pain Gaming. In this last event, the powerful Argentine roster won 2-0.

Dav1d, another member of the team, became the first Chilean to qualify for a world tournament of the video game Counter-Strike: Global Offensive. “I spent most of the time following my dream and now I have achieved it. I hope this opportunity take advantage of other boys who come fighting for their dreamsso don’t stop trying,” he remarked.

The most experienced of the squad is Luca “Luken” Nadotti. At 25 years old, he already knew what it is to compete at a high level when he decided to move to Spain a few months ago to compete in the FACEIT Pro League. This tournament is characterized by bringing together the best Counter players in the world to compete for money and, at the same time, to measure their skills. After that experience in the old continent he accepted Frankkaster’s proposal to join the violet quintet.

Of the days in Romania, the preparations beforehand and the doubts at the beginning of the tournament, Luken reflected: “We all slept quite little, some a little more than others, but at the same time it was all very funny: we laughed a lot during the trip and the training I think it was always more than that, more than practicing and being a strict team; we are a team that we all know each otherwe have fun and we get angry with each other, so I think all of that makes a team.”

Accustomed to a more relevant role, Luken’s stage in 9Z Team put him in the role of awper, as the shooter who strategically uses the AWP (Arctic Warfare Police) weapon, the queen of weapons, is called in the game. . In CS: GO whoever wears it has to know how to move quickly if he is ready to attack. He is the sniper responsible for opening fire and taking the first kill from the opponent. This condition can be modified in case of passing to the Terrorist side, where he has to be attentive to the placement of the bomb.

“On my part, for me it was much more difficult because the role change made me very frustrated. In training rounds I had to do things I don’t do and I died many times. I was very concerned about my performance, everything cost me a lot, I’m not going to deny it, but I always had a clear objective that at first it was the first tournament and in the second it was to qualify for the Major”.

Counter-Strike es un Shooting game in first person. Two opposing teams, the Terrorists and Counter-Terrorists, compete in game modes to complete objectives, such as securing a bomb site or defusing a bomb. At the end of each round, players are rewarded based on their individual performance with in-game currency to spend on more powerful weapons in later rounds. To stay victorious, you will have to kill enemy players or make sure the bomb explodes at the opposing base.

The profession of these players, like any competitive discipline, led them to resign important moments in their lives: “I had to do was leave the university in the first year, go against my parents because for them it was very important to study before playing. I made my decision and I had to live with it and continue fighting to this day. Beyond everything, the family is always with me regardless of whether they are far away, that always turns me on. They are a fundamental pillar in my life”, said Dav1d.

“I think that like any Counter player I sacrificed the birthdays of friends, family, friends, girlfriend… I sacrificed a lot to be alone playing the game“, acknowledged Luken. And he added: “Obviously I do not regret anything. This is like life: every discipline you do has its sacrifices, its pros and cons; you have to know how to control your mental health to do your job to the maximum, which in this our case is the Counter. You also have to separate what frustrates you, but not hide it but talk about it and make you stronger, and obviously time always pays off”.

What awaits 9z at the Antwerp Major

The sporting events company PGL together with Valve, developer of the video game, are in charge of organizing this prestigious tournament that will deliver a succulent bag of 1 million dollars in prizes for the participants.

The event to be held in Antwerp (Belgium) from May 9 to 22 will be divided into two stages. The first will be Challengerswhere 16 teams will compete in a Swiss format, meaning that the elimination will be decided once they reach the limit of defeats established in the competition.

Those who pass the first instance will go to the stage of Legends, instance in which eight other casts will wait (Heroic, BIG FURIA, FaZe Clan, Natus, Vincere and the remaining three from RMR Europa B). There, a new Swiss will be played and the best eight will qualify for the playoffs: quarters, semis and final.

On the other hand, this recent success of the Argentines was also accompanied by recognition in the World ranking of Counter-Strike: Global Offensive teams. The Argentinian was placed 26th, three places above the historic placement he had achieved in February after the top 4 obtained in the ESL Challenger 48.

In this way, the violet cast improved that 29th position as the best for a Latin American team in history of the shooting game, except for Brazil that has its own league and ranking. In addition, it is the third South American to enter the top 30, behind the Brazilians of FURIA and MIBR.