Is your father someone other than you think? Accurate research shows how likely it is today 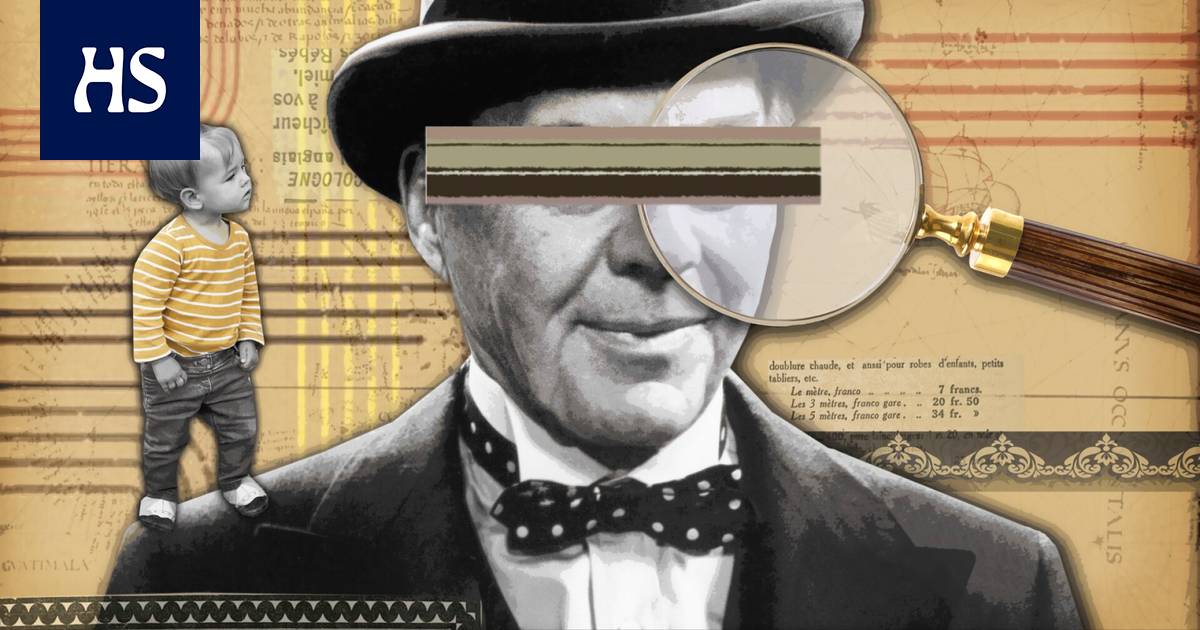 An extensive Swedish study found that in only 1.7 per cent of the cases examined was the father different from the one recorded. Older generations are slightly more likely to make a mistake.

For consumers the genetic tests offered have come as a surprise to some, revealing that their own father is not a biological father.

However, it cannot be very common. The incorrectly assumed biological paternity is published last year Swedish research according to rare today.

Asian to find out, the researchers used data on blood groups. They had been obtained in the context of various medical studies.

The blood type is inherited from the parents of the child according to certain rules. Thus, when the blood groups of a child, father, and mother are known, it can be deduced whether the child may have obtained a blood type from his or her parents.

If not, then the father of the biologists must have been someone other than the one who reads the official papers.

For example, if the blood type of both parents is O, the child must also have O. All other blood groups mean that the father has been someone else.

The prevalence of incorrectly recorded paternity among the Dutch urban sub-class was as high as six per cent.

Once blood groups were commonly used in paternity studies. DNA tests did not become available until the 1990s.

Based on blood group and kinship data, Swedish researchers are now making a statistical assessment of the prevalence of erroneously recorded paternity.

The data covered almost two million family units made up of children, mothers and fathers. The children were born between 1930 and 1990.

Went it turns out that in an average of 1.7 per cent of cases, the father was different from what was recorded.

Similar average figures have been obtained from studies in Central Europe, although there is variation by era and social class.

For example In the late 19th century, the prevalence of incorrectly recorded paternity among the Dutch urban sub-class was as high as six percent.

Equally common is paternity outside the couple in only some indigenous peoples in Africa and South America. In them, informal polyandry has been accepted.

Also in Swedish research, the phenomenon was more common in older generations: three out of a hundred born in or before the 1940s had someone other than they thought.

However, the proportion fell to one in a hundred generations born in the 1970s and younger.

Bigger the proportion in the older generations may be due to poorer record keeping.

Scientists offer other possible explanations for the phenomenon. In the past, fathers were more often away from home for long periods of time. Back then, it was more common to be at work in another locality or at sea.

Before, there was also a worse chance of taking care of prevention. In addition, divorce was not as easy as it is today.

In Sweden among the low-educated, incorrectly stated paternity has been more common. Elsewhere, it has been noted that the phenomenon is more concentrated in the lower social classes.

For explanation it has been suggested, for example, that a scarce woman may benefit materially or socially from additional extramarital partners.

It has also been speculated that men do not have as much incentive to control a spouse because there is not much property to leave.

On the other hand, in poor conditions, women may find it more difficult to protect themselves from sexual violence.

All all in all, today there is little chance of making a mistake in paternity.

The chance seems to be small even when the father deliberately doubts whether the child is his.

Over here refer to statistics from Genetic Technologies, an Australian company that offers commercial paternity tests, less than twenty years ago. The company has provided paternity tests without the mother’s knowledge or consent.

Thus, the father has been able to use the company to have tests on himself and his child without asking the mother if she suspects that the child is not her. However, only one in ten tests confirmed the suspicion.

Approximately 1,600 inquiries are commissioned by a childminder each year, with more than a hundred inquiries being made at the request of the court.

In Finland it is known that the usual misinformation about the biological father has not been studied, says the research manager of the forensic genetics group of the National Institute for Health and Welfare (THL) Marjo Avela.

However, the matter was assessed during the preparation of the new Paternity Act in 2014. According to the Government Bill, paternity had been annulled by the courts in 44-73 cases per year during the previous ten years.

The prevalence of paternity incorrectly established on the basis of the decisions of these courts is only 0.1-0.2%. As only a few cases go to court, there are likely to be more paternity patrols.

The government’s proposal mentions that, according to international studies, the median for false paternity is about 3.7 percent. The presentation does not mention the source, but in recent studies the figure is lower.

THL:n the forensic genetics team conducts DNA tests to confirm biological paternity at the request of a childminder or court.

In the majority of cases, a babysitter will order an inquiry, usually at the request of a potential father.

These surveys will also be carried out on request for individuals if it is suitable for everyone.

Approximately 1,600 inquiries are commissioned by a childminder each year, with more than a hundred inquiries being made at the request of the court. interested parties.

Avela says that they too have rarely received calls from people who, on the basis of a commercial genetic test, have become suspected that their own father may not be a biological father.

“It is clear that when it is very popular to use these commercial services to determine kinship, then surprises will come, of course,” says Avela.

Only a few cases have led to DNA paternity surveys.