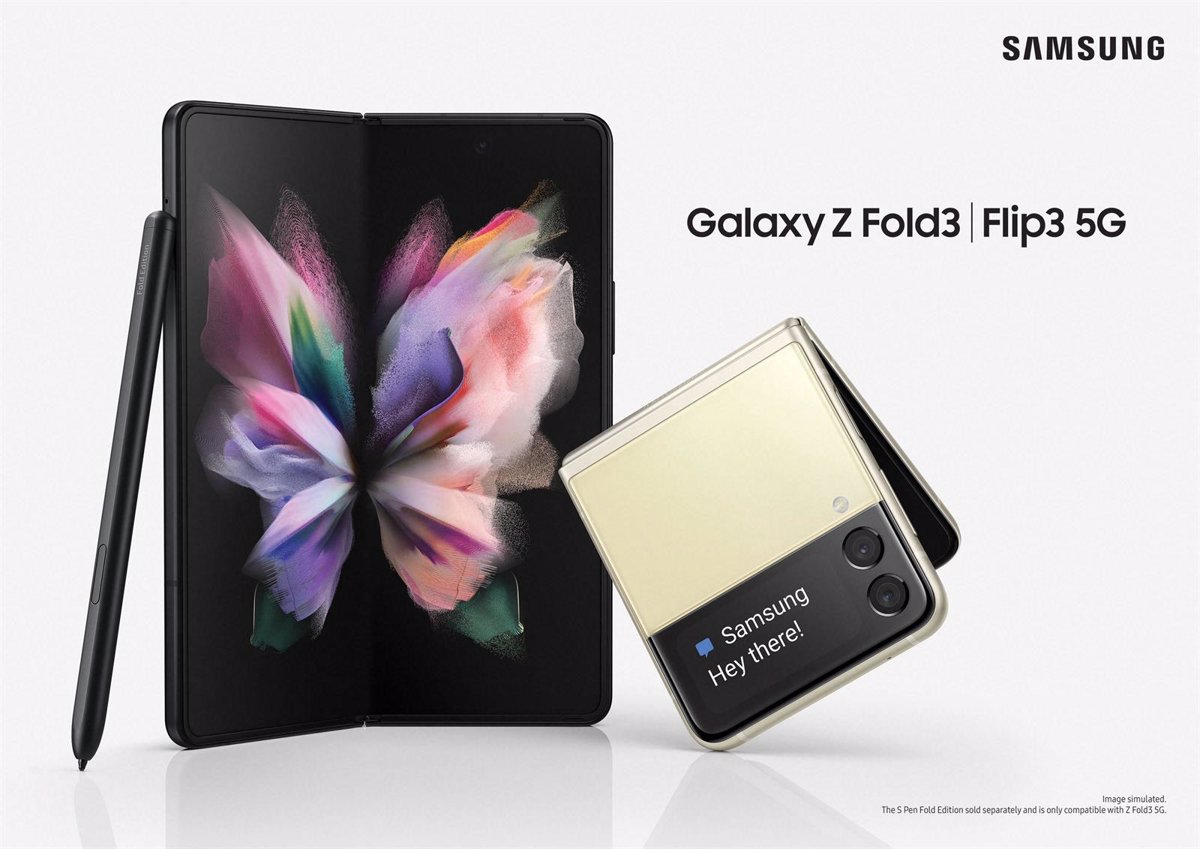 Samsung’s new generation of folding mobile phones, the Galaxy Z Fold 3 tablet type and the Galaxy Z Flip 3 shell type, have begun to receive their first units for the Spanish market this Friday.

Samsung presented on August 11 its new family of terminals with a folding screen Galaxy Z Fold 3 and Flip 3. The first of them is equipped with a 6.2.inch external screen and a 7.6.inch internal screen, and this adds support for the S Pen stylus, IPX8 water resistance certification and hidden cameras under the main screen.

For its part, Galaxy Z Flip 3 has an interior screen that reaches 6.7 inches, plus an exterior of 1.9 inches in a more compact format, but also has IPX8 water resistance

Now, as Samsung has reported through a statement, the folding mobile series has begun to receive its first units in the Spanish market since this Friday.

Likewise, Samsung has also released the new generation of its Galaxy Watch 4 smartwatches, which for the first time use Google’s Wear OS system built into Tyzen.