Snapchat extends your scanner’s functions to analyze the environment, including math equations and music 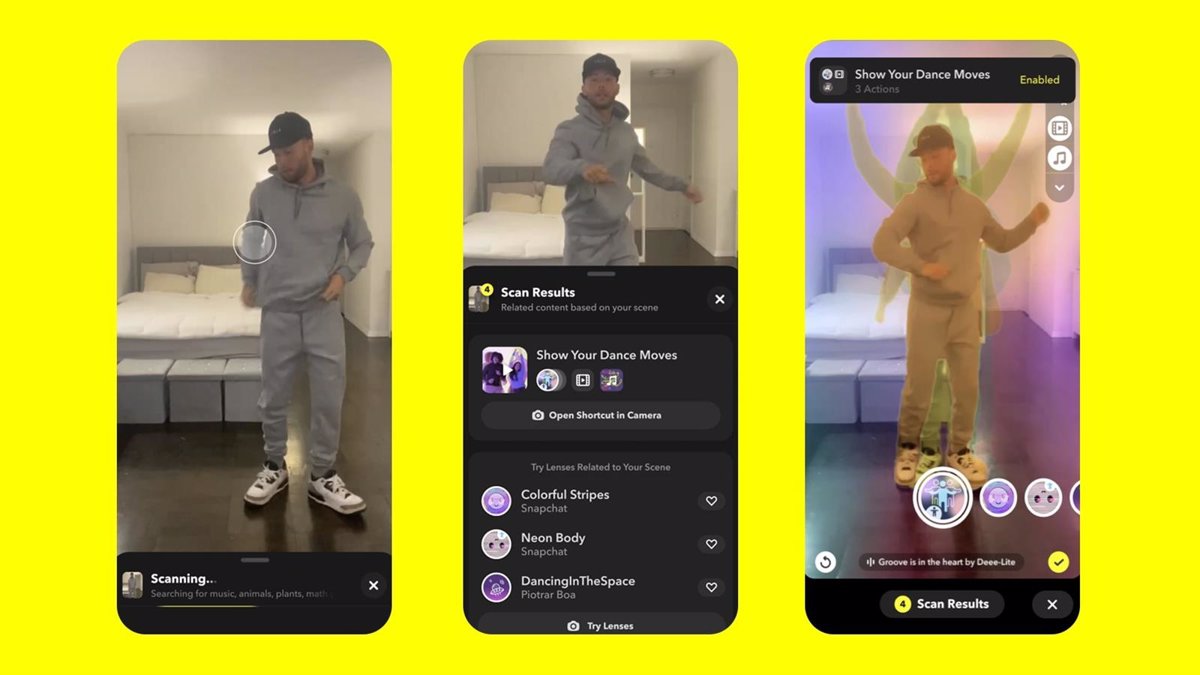 The social network Snapchat has updated its scanner tool, which allows you to use the mobile phone camera to analyze the environment, and has provided it with new functionalities related to categories such as fashion or food, and even solves math equations and identifies music.

The scanner tool has been available for two years on Snapchat, and now the company has announced through a statement that the tool’s button is now located in the center of the main screen.

Likewise, Snapchat has added more functionalities to find experiences in categories such as fashion or food, among other. This update “is reinventing the use of the Snapchat camera,” according to the company, and From this Thursday it is available to all users of its app for iOS, while Android will arrive in the coming weeks.

The Snapchat scanner started with QR codes to unlock augmented reality experience through the camera. “By focusing solely on QR codes we were limiting the potential of our camera,” the US company acknowledged.

With the new generation of functions, the scanner allows analyze the environment to suggest augmented reality experiences, allowing you to discover millions of lenses created by the company and its user community.

The new experiences that come to the scanner are oriented both to entertainment and to help users to do their homework, through a function developed with Photomath with which you can point the camera at an equation to see the solution appear.

Also, while users are listening to music, the scanner allows them to analyze the song what’s playing to know what it is through the integration with Shazam service, owned by Apple.