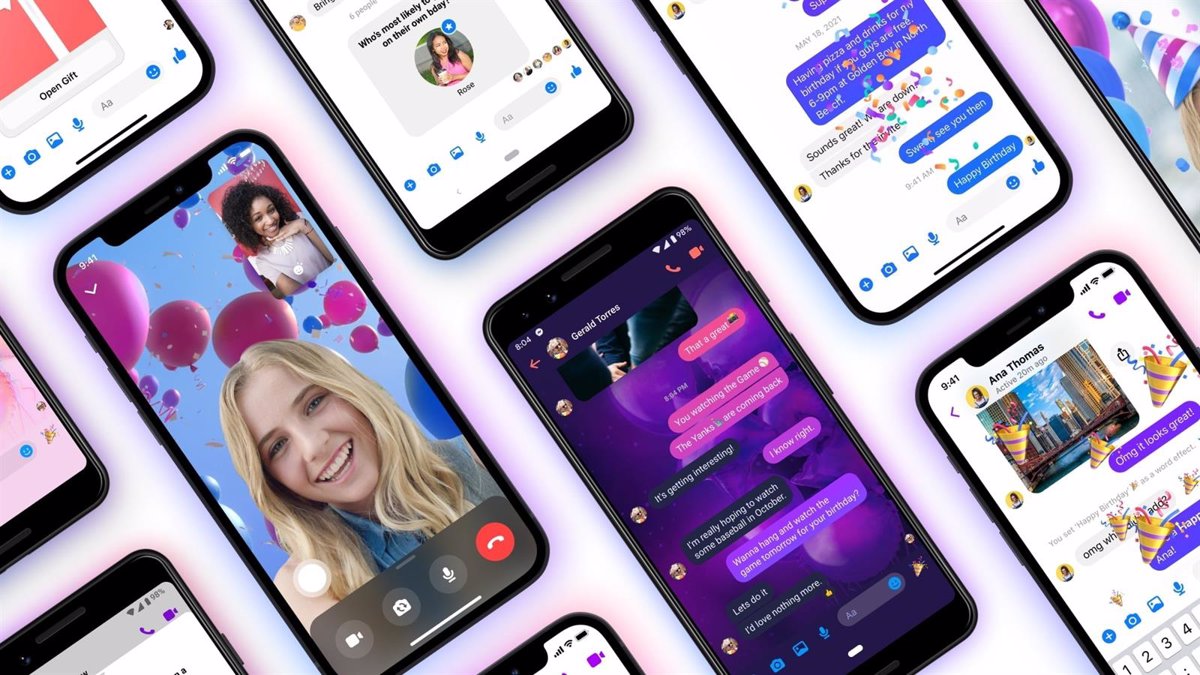 The messaging app Facebook Messenger is 10 years old this August, and to celebrate it has launched a series of functions, such as new survey games for friends and option to send money to other people.

With ten new features For the same birthday number, Facebook Messenger wants its users to “create more memories” with their friends and family and to feel more together, as Facebook has reported in a statement.

Among the novelties, Messenger has introduced the new survey games, starting with ‘Who is most likely …?‘, so that users can know the opinion of your friends. Survey games are placed within the existing survey tab.

In addition, Messenger has been integrated with the payment service Facebook Pay to allow its users to send money gifts directly through the app. These gifts are accompanied by balloon effects and a personalized message.

The application has also celebrated its 10 years with a new pack of chat themes for birthdays, as well as the sending of congratulatory songs through the chats.

In addition, Messenger has added a new, faster way to share Facebook contacts through messaging -from the ‘more actions’ tab-, as well as the option to associate a word with a certain emoji so that, when you write it in a chat, the emoji fills the screen with an animation.