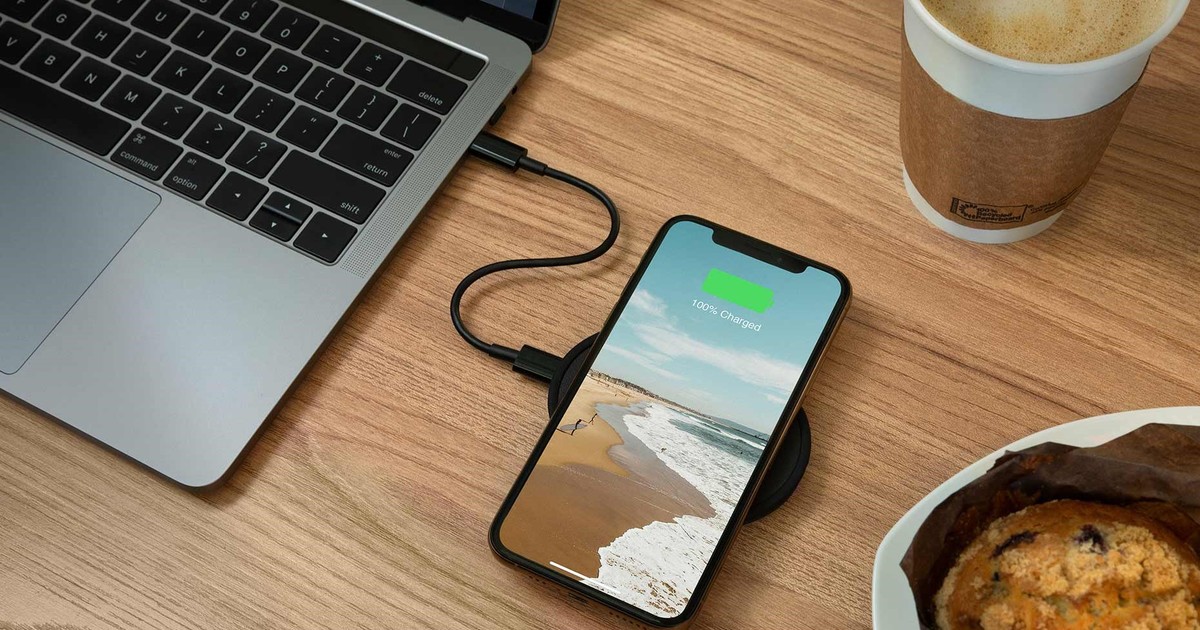 Since some manufacturers (Samsung, Apple and Google) began to sell their equipment without a charger, the need to find a replacement became inevitable. In terms of compatibility, the new wireless charging pads are a very good option, as they are suitable for Android and iOS systems. In this note, the best five models that are available in Argentina in 2022.

These charging stations are ideal for high-end cell phones, smart watches, headphones and tablets. To start the energy transfer, simply support the device on a base that can be linked to a power outlet or USB port.

Wireless charging is very convenient and It also helps preserve battery lifedespite the fact that it has drawbacks such as not being able to use the device during recharging or taking longer than wired chargers.

The most practical are the cradle-shaped disks, there are the pads that admit more than one device and others that, by means of a magnet, adhere to the back of the mobile. For those who consume data while driving, there are some that connect to the vehicle.

Of the five selected models, the Samsung Wireless Charger and the Belkin Boost Charge are cradle-shaped. The Choetech Dual Fast supports two wearables, the Apple Magsafe Charger is magnetic and the Xiaomi Mi Car is for the car.

Samsung WirelessCharger. For Samsung’s high-end, from the Galaxy S8 onwards. Does not include cable or adapter. $10,500

To activate the supply, both the charger and the gadget have electromagnetic induction coils inside that convert electricity into high-frequency alternating current from which, creates an energy field.

In order for the load to be activated, the two coils must be aligned. To avoid false contacts, some bases have divisions to delimit the exact position. This system, which works from the iPhone 8 onwards, it is not compatible with mid-range Android devices.

There are also manufacturers who opt for so-called free-positioning induction, which uses multiple coils to create a larger magnetic field on the surface.

Models with greater sensitivity do not need to remove the mobile phone case to activate the load, as long as it has a thickness that does not exceed the 3 millimeters.

The Wireless Charger, ideal for the Samsung Galaxy S 22, has a solid polycarbonate body, rubber base and a rough and reclined support, so that the mobile does not slip.

On the back there are ventilation slots to maintain a stable temperature. The power connector is USB type C. It supports charging vertically or horizontally. It is not suitable for other widgets. It costs 10,500 pesos.

Belkin BoostCharge. can charge any other Qi compatible device with 5W. Comes with cable and adapter. $6,300

For a while, the charging modules that came with smartphones were all very similar. But in the last five years, the speed and the number of watts it can support have become an agenda item in the industry.

Currently, not all models operate with the same capacity. The right platform is one that provides 10W of poweralthough some are beginning to make a foot in the 20 W. Last year, Xiaomi showed a system that delivers 120 W in wireless mode and this year, Oppo raised the mark to 150 W.

To apply the maximum charging speed, it is essential that the power adapter – which is often not included in the package, like the cable – is capable of providing said power. Another option is to use the USB port on the machine, which it is 50% slower.

Boost Charge is optimized to provide the fastest possible charge for Apple and Samsung devices. You can also charge any other Qi-compatible device with 5W. Comes with cable and adapter.

If a white LED light is on, it is a sign that the phone is correctly aligned and receiving power. An amber tone is a sign that something is interfering with charging. When it reached one hundred, it changes to green. It is 6,300 pesos.

Apple Magsafe. With an NFC reader and magnets to be aligned with the iPhone battery. $12,000

In this field there are several technologies on the rise, although the dominant standard is Qiwhich was developed by the Wireless Power Consortium (WPC) for inductive charging over distances up to 40mm.

It is followed in popularity by PMA, whose greatest contribution lies in magnetism. In its favor, it provides larger electromagnetic fields thanks to which it is not necessary for the phone to be in a certain position, although it is less efficient than Qi.

The MagSafe is a circular format magnetic technology, developed by Apple and integrated into the internal engineering of the iPhone 12 onwards, where it can reach about 15 W, twice what Apple supports with a standard Qi charger.

The system consists of a series of magnets placed around the charging coil and is firmly and securely attached to allow even charging “in the air”, or without the phone touching any other surface than the magnet, both horizontally and vertically. vertical.

Through an NFC chip, it establishes a communication between the charger and the iPhone to agree on the appropriate speed. If the phone detects that the battery is getting hot, as a precaution, reduce the power. It does not come with a power adapter in the box. It costs 12,000 pesos.

Batteries deteriorate with use and over time, they lose charge capacity. But certain practices cause accelerated degradation, leading to a sharp decrease in its useful life.

Wireless charging is less damaging to the battery and safer against voltage spikes and fluctuations in the electrical network, since some stations include protection against these surges. To this we must add that the phone’s USB port does not suffer with use.

The Choetech, thanks to the five coils inside it, is capable of charging two Qi-compatible devices at the same time. However, its size is small. It can work at 5V and 3A (15W) for charging, and up to 9V and 3A (27W).

With an iPhone it will allow charging up to 7.5 W, with any Galaxy S, from the S8 onwards, they can get up to 10 W and with the rest of the devices 5 W, although it will depend on it and its charging capacity.

The design is minimalist, but functional. A small LED on the front lets you know it’s connected. Its vents at the bottom help dissipate heat. There are also rubber strips to make it easier to grip on a flat surface. It is 10,500 pesos.

Xiaomi Mi Car. with an adhesive arm, the cable and an adapter to place on the cigarette lighter button, with two USB ports. $12,600.

Many vehicles -within the high range of Toyota, Volkswagen or Chevrolet- offer a wireless charging module from the factory, hidden in the center console, very close to the bottom of the dashboard. It is enough to support the equipment so that the load is induced.

To make up for this lack, different fastening methods are achieved that also work as a viewer, which serve to fix the mobile on the glass or on the fans and have the possibility of seeing the GPS activate while charging by contact.

Mi Wireless 20W is designed to fit most cars. It comes with an adhesive arm, the cable and an adapter to place on the cigarette lighter button, with two USB ports.

Once connected, a blue ring lights up through the front panel made of 2.5D ARC glass and an infrared sensor, when it detects the presence of the mobile, extends a clamp to hold it.

On the back, it has a tiny fan to expel hot air and a metal thermal pad for double heat dissipation. It is suitable for phones without wireless charging, at its base it has an opening to connect the cable. It is sold for 12,600 pesos.