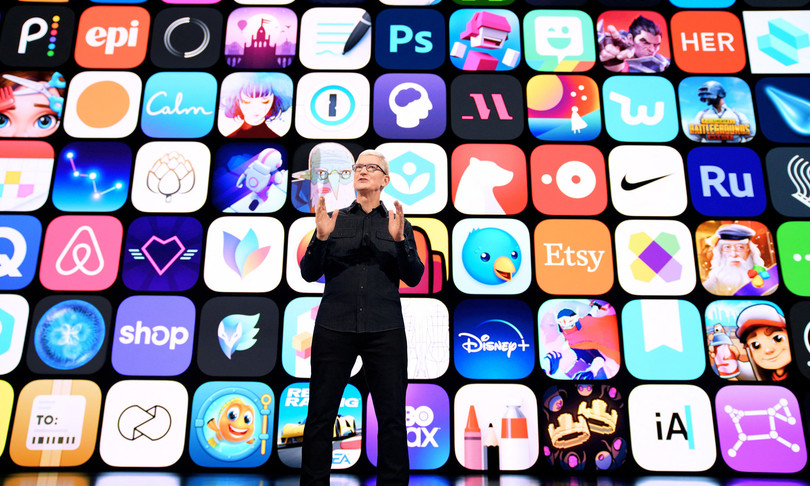 . – Apple tries again: it opens a small crack to prevent a door from opening wide. Developers will be able to contact users to signal alternative payments to those in-app. In essence, they will be able to indicate systems to avoid the commissions applied by the App Store (of 15% or 30%). From a symbolic point of view, it is an important step because it confirms how strong the pressure is on against Cupertino. From a practical point of view, very little should change. At least for now.

Apple’s decision is the result of a class action (a class action lawsuit brought by thousands of developers in the United States). It provides, as stated in the preliminary agreement and in a press release from Apple, that developers can “use communications, such as e-mail, to share information on payment methods outside their iOS app”. In this case “they will not pay Apple any commission”. The certainty, at the moment, is one: producers will be able to draw on a reservoir that they previously could not exploit, that of user addresses obtained through the App Store.

It is not a short step from here to alternative payments. First of all because “users must consent to the communication and have the right of withdrawal”. And then because the proposed system must remain outside Apple’s enclosure. In essence, the process would be this: request consent to send communications, obtain it, send the email, direct users to the developer’s site or app, make the purchase. At least a tortuous road, along which the audience could get lost. In short: having a much more immediate process available, it is unlikely that Apple will lose out.

On the other hand, if the potential impact of the agreement were more substantial, Apple’s stock would have reacted differently. Instead it remained almost flat. No jolts.

The symbolic scope remains, because there is a first (albeit minimal) breach in the ecosystem of the Apple. But it is consistent with the line held in recent months by Apple and inspired by the Leopard: change (as little as possible) so that nothing changes (in the budgets). With the Small Business Program, which started at the beginning of 2021, those who generate less than a million dollars on the App Store pay 15% instead of 30% into the Apple’s coffers. Following the class action, Apple has pledged to keep the program running “for at least another three years.”

The measure involves 99% of US developers, but Cupertino only loses a few coins. The figure emerges from the preliminary agreement of the class action: thanks to the extension of the Small Business Program, the developers who participated in the class action should save 177.2 million dollars. That is 59 million a year, zero point of what the App Store collects.

The Coalition for app fairness (the association founded by large digital companies to demand fairer conditions) spoke of a “fake” agreement, because “developers will still be prevented from communicating lower prices or offering competing payment options to inside their apps “. The opening of Apple would be just “a desperate attempt to avoid the judgment of courts, regulators and legislators around the world”.

The game is in fact much wider. The European Commission, at the instigation of companies like Spotify, is investigating anti-competitive practices. And then there is the lawsuit brought by Epic Games, the developer of Fortnite, which has nothing to do with class action. In summer 2020, the game was ousted from the App Store for offering its own virtual currency (V-bucks) to spend in-app. The solution, designed to circumvent the commissions, was and remains prohibited. A ruling (expected in the coming months) in favor of Epic Games could (yes) represent a serious blow for Apple.