Legion through a new mission 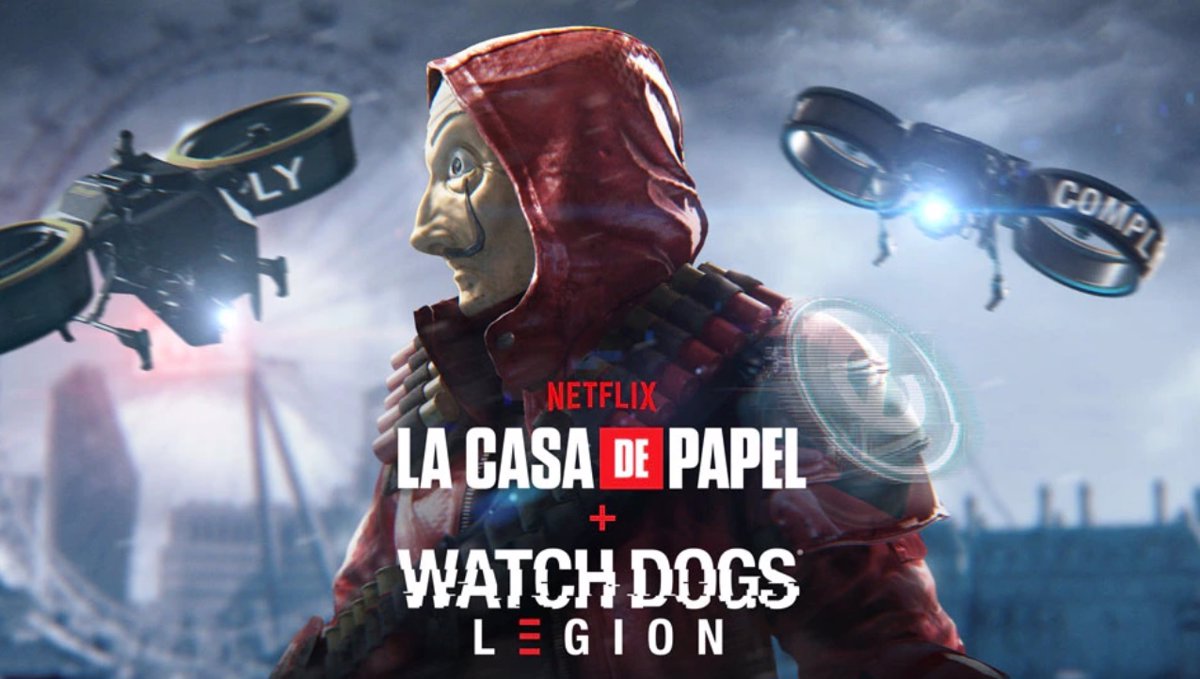 The videogame Watch Dogs: Legion has launched a new mission inspired by the Spanish Netflix television series La Casa de Papel, in which players must carry out a cryptocurrency theft at the Bank of England.

The new mission of La Casa de Papel arrives at Watch Dogs: Legion online mode is free and allows you to play with up to three other people, as Ubisoft, developer of the video game, announced in a statement.

This content, titled ‘Paperless’ (‘paperless’, in English), proposes to the players a cryptocurrency theft at the Bank of England headquarters in London -where the game is set-, using the red suits and iconic masks from the Netflix series.

In this ‘crossover’, players have to steal money from the forces of the villainous Clan Kelley, that has taken over the London bank and stores millions in illegally obtained cryptocurrencies there.

To complete the mission it is necessary to sneak into the building, deactivate the bank’s firewall mechanisms, download the cryptocurrencies and escape across the river thames. After the mission is completed, users can unlock an exclusive ‘skin’.