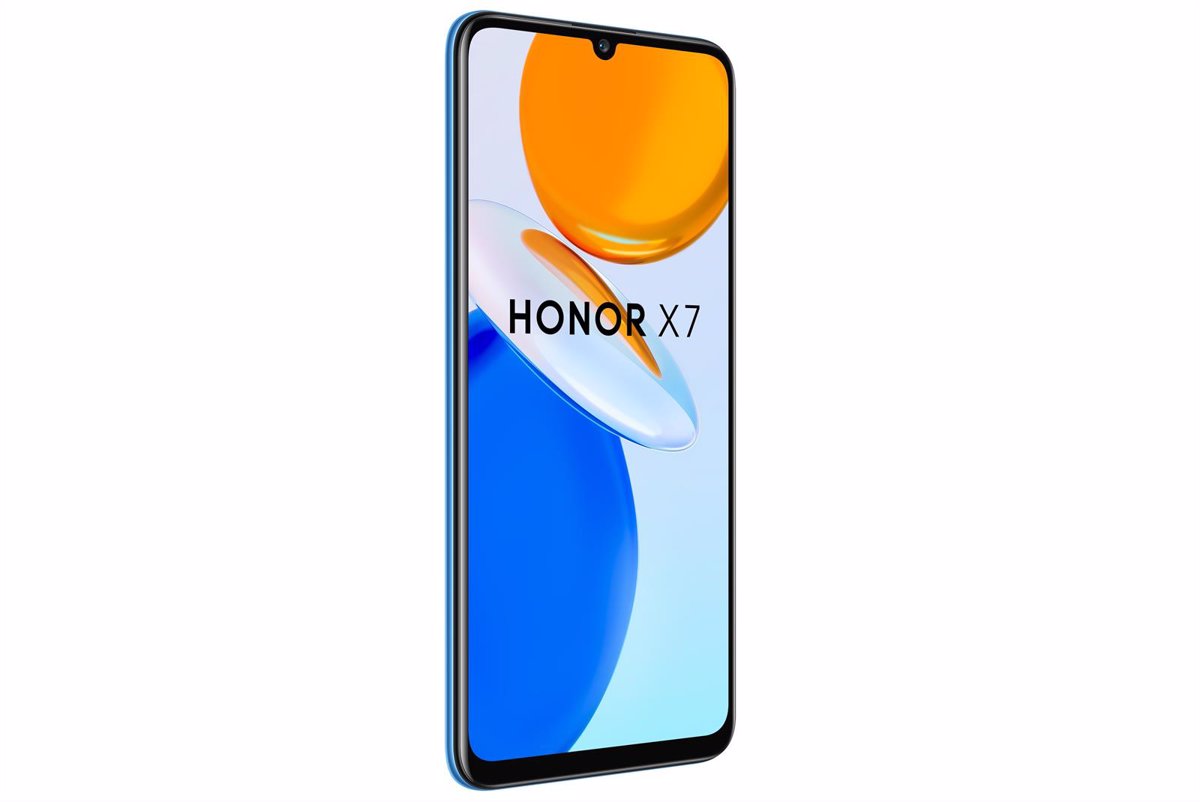 Honor has announced the debut in Spain of the X7a’smartphone,’ which has a 5,000mAh battery and a 22.5W Supercharge for a price of 199 euros.

Honor’s new smartphone, the X7, has arrived in Spain with Qualcomm’s Snapdragon 680 chipset, a 6nm eight-core processor that boosts CPU performance by 25% and GPU performance by 10% over its predecessor, the Honor 6X. Furthermore, according to a statement from the firm, it cuts device battery use by 12%.

The X7 comes with 4GB of RAM and 128GB of internal storage, which can be expanded via a microSD card. The device also includes Honor’s own RAM Turbo technology, which shifts a tiny portion of the flash memory to RAM and expands capacity by 2GB by compressing background programs and prevents processes from exiting when users switch.

The Honor X7 features a 5,000mAh battery that provides up to 20 hours of video streaming and 49 hours of phone calls on a single charge, according to the firm. Furthermore, the 22.5W Supercharger can charge the smartphone in 10 minutes, which is enough time to watch three hours of video, send messages, shop online, and play games, among other things.

This gadget has a 6.74-inch FullView liquid crystal display (LCD) that can display 16.7 million colors, according to the manufacturer. It also includes eye protection features including TÜV Rheinland reduced blue light certification, ‘eBook’ mode, and dark mode, as well as a refresh rate of up to 90Hz.

The Honor X7’s camera setup consists of four sensors. The 48 MP Ultra-Clear primary camera, on the one hand. On the other hand, there’s a 5 MP wide-angle camera and, finally, a 2 MP macro camera and a 2 MP Bokeh camera.

The Honor X7 supports 1080p video recording at a resolution of 1920 x 1080 pixels. The 48-megapixel main camera has a clever multi-frame synthesis technique that captures details even in low-light situations. As a result, the 5 MP wide-angle camera with an aperture of f / 2.2 makes it easier and more comfortable to keep more components in the frame.

The 2MP Macro Camera enhances photographs by capturing the tiniest details, while the 2MP Bokeh Camera places your subject in the center of the frame. for more accurate portraits

The Honor X7 incorporates the Android 11 operating system and Google Mobile Services (GMS), a package of Google applications that comes pre-installed on this device, with a 47-degree curved body and a thickness of 8.62 millimeters.