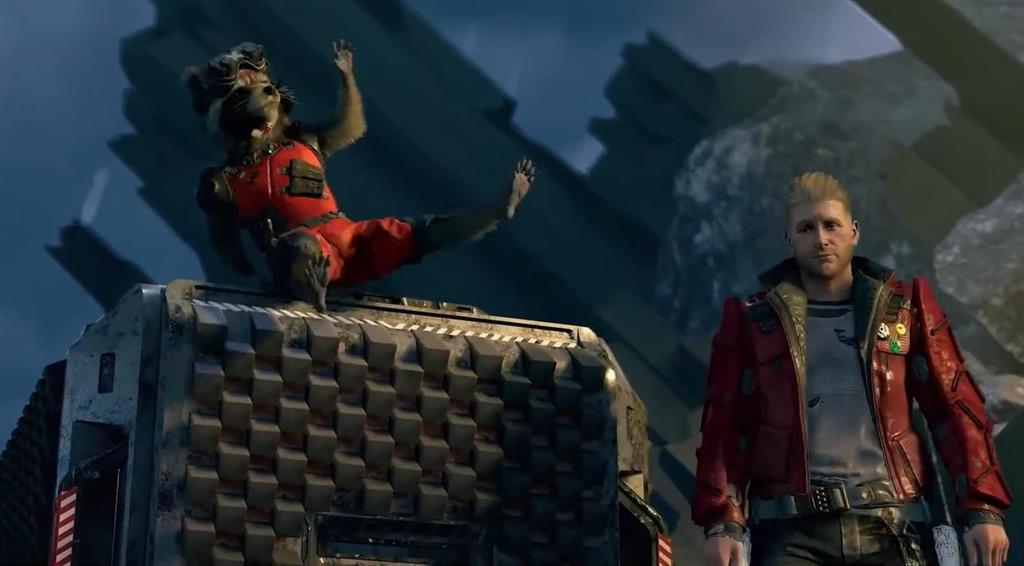 Square Enix has participated this Sunday in the E3 video game conference, where it has presented its new video game Marvel’s Guardians of the Galaxy, starring the Marvel superheroes of the same name and which will launch on October 26, and has announced the new Stranger of Paradise , prequel to Final Fantasy.

At the Square Enix Presents event this Sunday, the Japanese studio has begun announcing the new video game of its Eidos-Montreal division, which will feature the Marvel superheroes Guardians of the Galaxy.

Characters known as Star Lord, also known as Peter Quinn, Rocket or Groot appear in the game, also present in Marvel movies, although this time with actors other than those in the cinema.

It is an adventure for a single player without micropayments, and the ‘gameplay’ mixes elements such as decisions and exploration, focused on Star Lord as the protagonist, but you can collaborate in combat with the rest of the superheroes.

The story deals with a creation of the Guardians that ends up threatening the galaxy, developed with Marvel to constitute an independent narrative, in which decisions influence but do not change the ending.

The antagonist is Lady Hellbender, a collector of beings, from the comics, of which other details are incorporated such as the appearance of the heroine Gamora. The music of the eighties also has a great presence, which will be the same as in the cinema.

Marvel’s Guardians of the Galaxy will be available on October 26 for this generation of consoles (PS4 and Xbox One), the new one (PS5 and Xbox Series X and S) and PC.

The Japanese studio has also shown a new trailer for Babylon’s Fall, the action-fantasy game with a medieval setting that it had previously announced. Babylon’s Fall will come to PS5, PS4 and PC on Steam, although it does not have a release date yet.

This video game developed by Platinum Games together with Square Enix proposes a cooperative game mechanic between four players in which they have to overcome dungeons with dynamic RPGs, with a combat based on Nier: Automata.

Life is Strange has been another of the protagonists of the conference, with the announcement of the ‘remake’ of the first installment of the saga, Life is Strange Remastered Collection, which will hit the market on September 30.

Life is Strange True Colors has also received news, and Square Enix has shown a trailer with the new superpowers of its protagonists, which can identify people’s moods through colors.

The trailer has shown the importance of the decisions that players can make with the protagonist, Alex, who also has the power to remove the anger of other people, and must learn more details about the death of his brother. It will be released on September 10.

Square Enix has also announced a new video game in development together with team Ninja, the fantasy RPG Stranger of Paradise Final Fantasy Origin, in which the protagonists have to face Chaos and that traces the players to the beginning of the saga.

This video game provides “a new vision for Final Fantasy”, a saga that works as a prequel, as reported by the study, and will arrive in 2022 on the PS5, PS4, Xbox Series X and S and Xbox One consoles, as well as on PC. . A demo for PS5 will be available soon.

The Final Fantasy saga has received more news with the announcement of Pixel Remaster, which will arrive on Steam and the mobile market and which brings together the first RPG titles of the series.

Marvel’s Avengers, the Avengers video game, has expanded its content and Square Enix has announced Comic Cube, which will arrive in June; and the War of Wakanda expansion, which will arrive after the summer and features Black Panther, at no additional cost.

Square Enix has expanded its mobile catalog with Hitman Sniper, which will launch on June 13, as well as with the announcement of the battle royale Final Fantasy VII: The First Soldier, which will arrive in 2021 on iOS and Android.