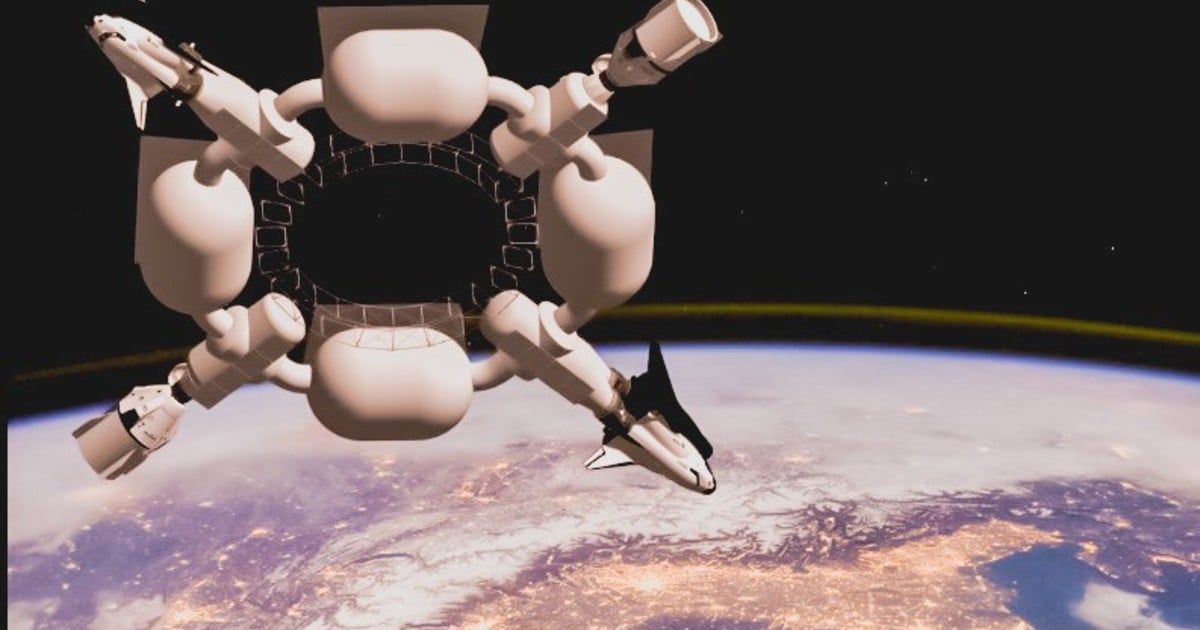 The boom in space tourism and cheaper launches sparked the imagination of many startups that are beginning to offer increasingly innovative services beyond the limits of the earth. The Orbital Assembly Corporation project aims to build a space hotel with artificial gravity.

The futuristic concept originally presented by the Californian company Gateway Foundation and then called Von Braun Station, consists of several modules connected by elevators that make up a spinning wheel that orbits the Earth.

However, the project changed hands, increasing the technical possibilities and expanding the horizons, since the idea is to launch two stations in parallel with accommodation for tourists and scientific tests: Pioneer and Voyager.

Like the International Space Station (ISS), they will circle the Earth every 92 minutes. In addition, the rotation of the circle will generate an artificial gravity similar to that produced by the Moon.

We are excited to announce our partnership with former NASA astronaut Mae Jemison, 100 yr Starship, and UC Irvine. https://t.co/kKz89jq0UC

The base is the rotating architecture Gravity Ring, whose commercial name would be Pioneer. It stands as the first platform capable of providing artificial gravity thanks to a rotating ring that measures about 61 meters long.

Near the center of the station there would be no artificial gravity, but as you descend outwards, the feeling of gravity will increase.

By having a weightless environment, tourists will be able to move “while eating or drinking from a cup and sleeping without having to be tied to a bed,” according to the company’s statement, reducing at the same time the detrimental effects of microgravity in orbit.

The other station is Voyager, the original was Von Braun Station but it was renamed. It will now have the capacity to accommodate 400 people at its launch in 2027.

With construction to begin in 2025 and expected to be operational two years later, Pioneer will be up and running two years earlier than its larger counterpart.

The name Von Braun Station was chosen because the concept was inspired by designs 60 years ago by Wernher von Braun, an aerospace engineer who pioneered rocket technology, first in Germany and later in the United States.

The nomenclature change was due to the fact that, while living in Germany, von Braun was involved in the Nazi rocket development program, so naming the space hotel after him was a contentious choice.

Both at the Pioneer Station and at the Voyager Station you can rent office and research facilities for a week or permanently.

This spatial enclosure will have all the luxuries and sumptuousness worthy of those passengers who are looking for something exclusive. It will open its doors to tourism and space research.

Images of the interiors of both stations suggest an interior design similar to that of a luxury hotel on Earth, but with out-of-this-world views.

Another interesting point is that the Orbital Assembly projects are not “tied” to NASA contracts, like other stations that aim to be placed in low Earth orbit and operational by 2030, the year the ISS will retire. , so its development schedule can go at whatever speed the company determines and not the Space Agency.