The five best video games in the Star Wars franchise, with discounts for PlayStation, Xbox, and PC 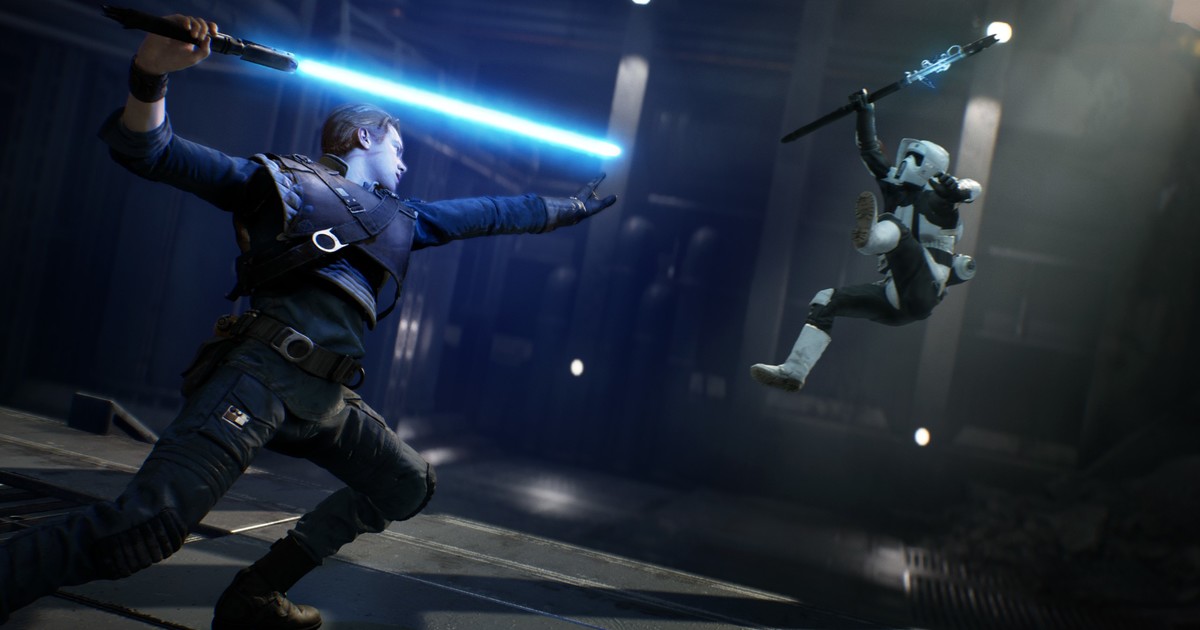 May 4 was popularized by Star Wars fans as a play on words derived from their traditional expression “May the force be with you,” although it may also be read as “May the 4th be with you” in its original language. As part of the celebrations, the science fiction franchise is offering video game discounts of up to 80%.

Fortunately for gamers, the Star Wars May the 4th Be With You Sale offerings are accessible via the Origin Stores, Epic Games Store, and Steam on PlayStation 4, PlayStation 5, Switch, Xbox One, Xbox Series X/S, and PC.

Players only need to go to the digital retailer of their choice until May 10 to purchase these bargains.

We’re about to embark on a single-player action adventure centered on battle, with exploration, platforms, and easy puzzles thrown in for good measure. It’s also a completely new story set within George Lucas’ universe, but it’s intimately linked to everything that happens in the movies.

Cal Kestis is the protagonist of this story, a young Padawan who survived one of the most well-known events in the series’ timeline: Order 66, the extermination of the Jedi Knights depicted in the film Star Wars: Episode III – The Revenge of the Sith, which resulted in the Empire’s forces overthrowing the Galactic Republic.

Until May 10, ordinary and Deluxe editions of Star Wars Jedi: Fallen Order are on sale for 75% off. PlayStation 4, PlayStation 5, Xbox One, Xbox Series X, and PC consoles are all supported.

The SkyWalker Saga is a LEGO Star Wars game.

It’s the latest action-adventure game from TT Games and Warner Bros. for consoles and PC, based on the Lucasfilm film franchise.

Battlefront 2 is the sequel to Star Wars: Battlefront.

Iden Verso, the commander of an Imperial squad known as “Inferno Squad” and the face of the game’s campaign mode, is featured in the plot. She can even choose between Luke Skywalker and Kylo Ren, the antagonists.

In Battlefront 2, you can command special battles. Fans can opt to enter any of the space vehicles featured in the sci-fi film franchise, in addition to the X-Wings and Boba Fett’s ship.

The game’s Celebration Edition is available at an 80% discount in the PlayStation 4, PlayStation 5, Xbox One, Xbox Series X, Origin, Epic Games Store, and Steam shops until May 10.

Unlike previous Star Wars games that concentrated on the Jedi, Star Wars: Squadrons focuses on space battle between the Empire and the New Republic.

After a surprise New Republic attack on the Imperial shipyard at Var-Shaa, Imperial soldiers are retiring in this stand-alone novel. The battle, however, is far from finished for Varko Gray, the Titan squad’s leader. He finds himself on the battlefield as the last TIE pilot, followed by a rogue New Republic X-Wing.

Players will enroll as starfighter pilots in Motive Studios’ game, stepping into the cockpits of the legendary aircraft of the New Republic and Imperial fleets.

5 versus. 5 multiplayer strategic space battles will be fought. 5 in Fleet Battles mode with the goal of destroying the opposing flagship, and experience the thrill of multiplayer first-person combat as you work with your squad and execute the best tactics to defeat as many opponents as possible in so-called Dogfights, on maps featuring saga landmarks such as the gas giant Yavin Prime and the shattered moon of Galitan.

Through May 10, Star Wars: Squadrons is offered at a 75% discount on the PlayStation 4, Xbox One, Origin, and Steam (PC) console shops.

I and II of Star Wars: Knights of the Old Republic

Knights of The Old Republic I and The Sith Lord II are the ultimate RPGs set in the Star Wars world, and they’re available on a variety of platforms, including mobile devices, PC, and Nintendo Switch.

It’s worth noting that both games’ combat is round-based; time is divided into discrete rounds, and players strike and respond at the same time. However, each round, the amount of actions a combatant can take is limited.

The Sith Lords incorporates various radical alterations from the original game’s features, in addition to technical enhancements such as greater battle animation and interface scaling.

Prices and features for the remaining Star Wars video games.