Tax incentive for the production and reinvestment of multinationals 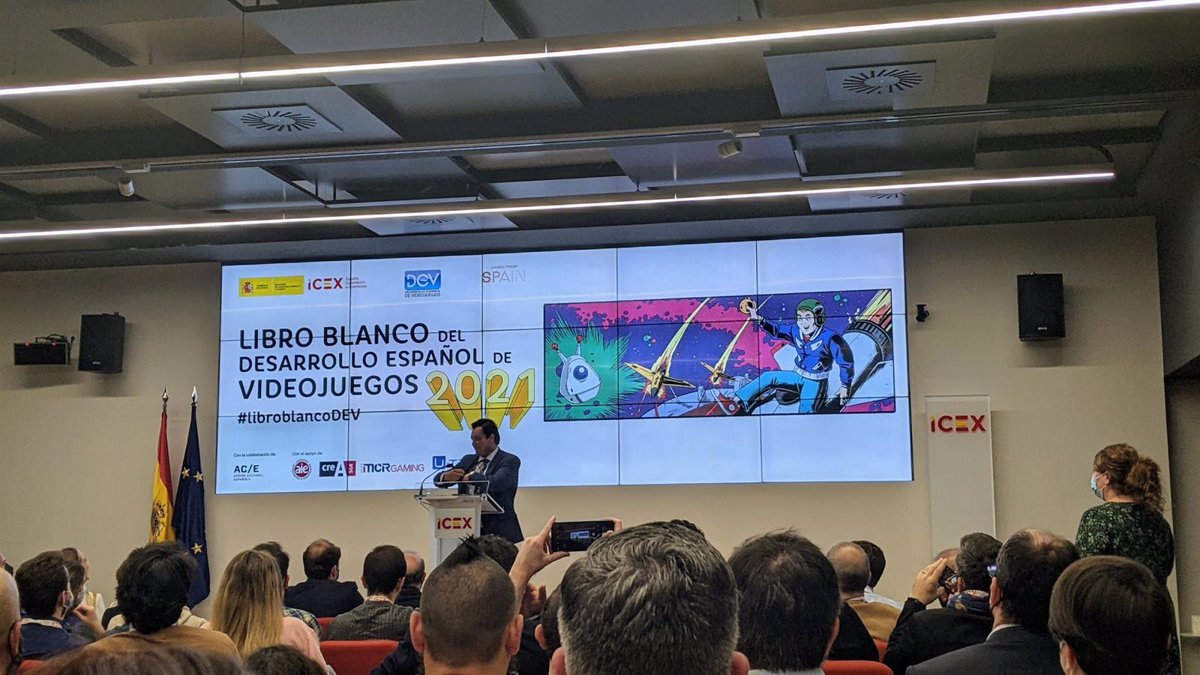 The Spanish video game sector has presented this Wednesday its main demands for the growth of an industry that is estimated to have a turnover of 1,105 million euros in 2020, among which stand out a tax incentive for the production of video games and the obligation that large international distributors reinvest 5 percent of gross sales in the country.

The president of DEV, Valeria Castro, has collected the main claims of the Spanish video game sector, this time reduced to four, to encourage its economy. In this sense, she has pointed out the need to establish a tax incentive for the production of video games.

It is a measure “long demanded in the sector”, as stated in the White Paper, and which “has been supported by parliamentary groups on different legislative occasions”. With it, Castro has defended his potential to attract large international productions to Spain and improve the industry’s appeal to private investors.

They also request the implementation of a Support Plan for the Spanish video game development industry, within the framework of the Plan to Promote the Audiovisual Sector (Spain Audiovisual Hub), which includes the creation of a network of incubators and accelerators managed by professionals of the industry, aid for developers, aid to support research, development and innovation, and a public-private investment fund.

With this second measure, the sector seeks to establish a path of support for video game companies throughout their life cycle.

Likewise, it is claimed to encourage the labor incorporation of young professionals, with special attention to women, and the design of a reinvestment scheme for multinationals in the Spanish video game.

This last point requests that it be mandatory for international distributors to reinvest 5 percent of the gross billing for the sale of physical and digital games in the country. With this, the president of DEV has highlighted that a bag of up to 90 million euros could be generated that would be used to produce video games in Spain.

SUPPORT FROM THE GOVERNMENT

The event was attended by the General Secretary for Culture and Sport, Víctor Francos, who has claimed and insisted on the support that the Ministry of Culture and Sport provides to a sector that he has described as “innovative” and “stimulating”. .

“Like cinema and literature, video games transmit values ​​and ideals, and from the Ministry we want to support the creation of content that promotes critical thinking and the values ​​of a democratic society,” Francos said, who also highlighted that “in economic terms, it is an increasingly strategic sector”.

In this sense, the secretary general has referred to the estimated turnover of the sector of 1,105 million euros in 2020, which represents a growth of 20 percent compared to the previous year. “Very few sectors grow 20 percent from one year to the next,” he stressed.

“As a Ministry, our objective is to help the sector to grow, to develop its creative potential, strengthening its structure, favoring its competitiveness, and contributing to the consolidation of a network of powerful companies that value Spanish creative quality”.

Francos has pointed out some of the work done in support of the sector, such as the creation of the Video Game Table, whose fourth edition was held in December. Within the Recovery and Transformation Plan, the sector is contemplated and a component dedicated to the audiovisual hub has been articulated, which has specific measures for the development of video game projects and digital creation, and for the internationality of the sector. Likewise, from the point of view of heritage, he has referred to the work of the National Library for the conservation and access to video games.

For her part, the Secretary of State for Commerce, Xiana Margarida Méndez Bértolo, recalled that through ICEX they accompany Spanish companies, as well as SMEs and startups, “in approaching international markets, with all the potential of opportunities that this generates and, therefore, also make the economy and companies grow through the virtuous circle that is internationalization”.

“During this journey, the new needs of emerging sectors have made us respond to another type of client: a technology startup that is already global”, he pointed out, noting that “marketing and the search for new opportunities and niches are key to be able to succeed in international markets.

Méndez has defended that “Spain has the talent, creativity and technology necessary to compete internationally”, but has also clarified that “it is necessary to create the appropriate ecosystem and promote the professionalism of the industry so that it can have tools and to be able to grow.”

In this sense, he has assured that ICEX itself is being used as a tool at the service of Spanish companies, and has highlighted the Spain Audiovisual Hub initiative, which has provided ICEX with 20 million euros (2022-2024) to be able to accompany the sector around three areas: ‘networking’, visibility and communication, and training and professionalization of entrepreneurs in this sector.

With these pillars, they seek that Spanish video game companies can participate in the main national and international forums of the sector; as well as enhancing its visibility, for example, through the Games for Spain brand and a personalized communication plan.

And business training focused above all on financing, on attracting investment. It includes mentoring and meetings with investors, and providing tools that allow obtaining metrics that help reduce risk and obtain profitable investments.