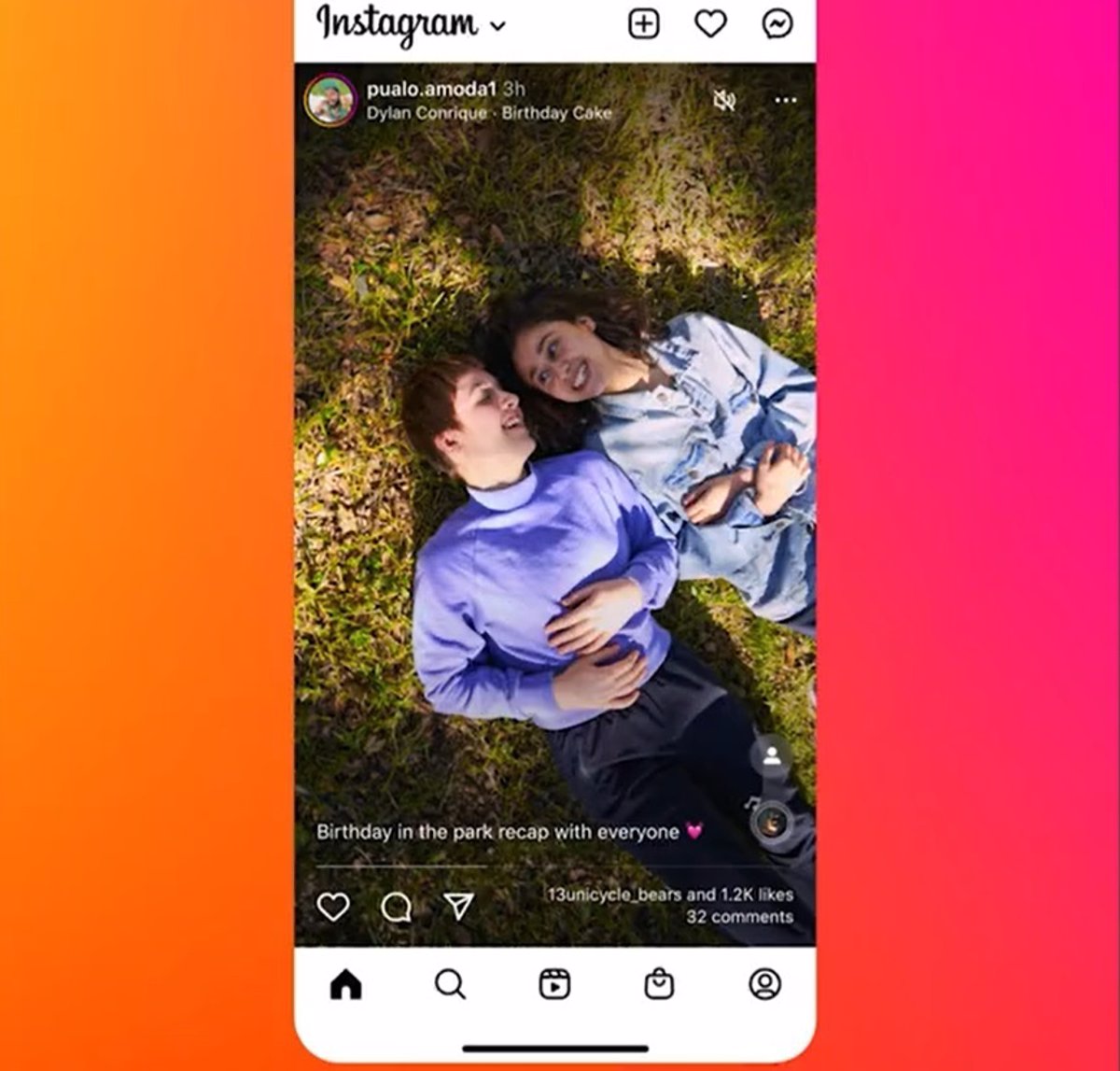 The boss of Instagram, Adam Mosseri has announced that the photos and videos of the social network’s ‘feed’ will begin to occupy more space on the screen of the devices to make the most of it more efficiently.

Instagram It hit the market on October 6, 2010. At that time, the devices in which it was present integrated camera and screen configurations with poorer resolutions compared to the current ones.

The social network has proposed to renew itself and go hand in hand with the devices in which it is still very much in force as one of its most popular platforms. Mosseri has explained and Twitter that currently Instagram videos are more integrated into the homes of its users and that the content shared on it is more “immersive“.

?? Testing Feed Changes ??We’re testing a new, immersive viewing experience in the main Home feed. If you’re in the test, check it out and let me know what you think. ???? pic.twitter.com/dmM5RzpicQ

Therefore, Mosseri has announced that the company will start testing with give the photos and videos of the ‘feed’ more space and prominence to make better use of the screen. This “experiment” will last for several weeks that will be used to collect impressions and comments from users.

Mosseri says that Instagram intends to enhance the mobile experience of the social network betting on a new way of viewing that, as other platforms such as TikTok can also be attractive to the user.