The Mars ATV turns its gaze to the ancient estuary 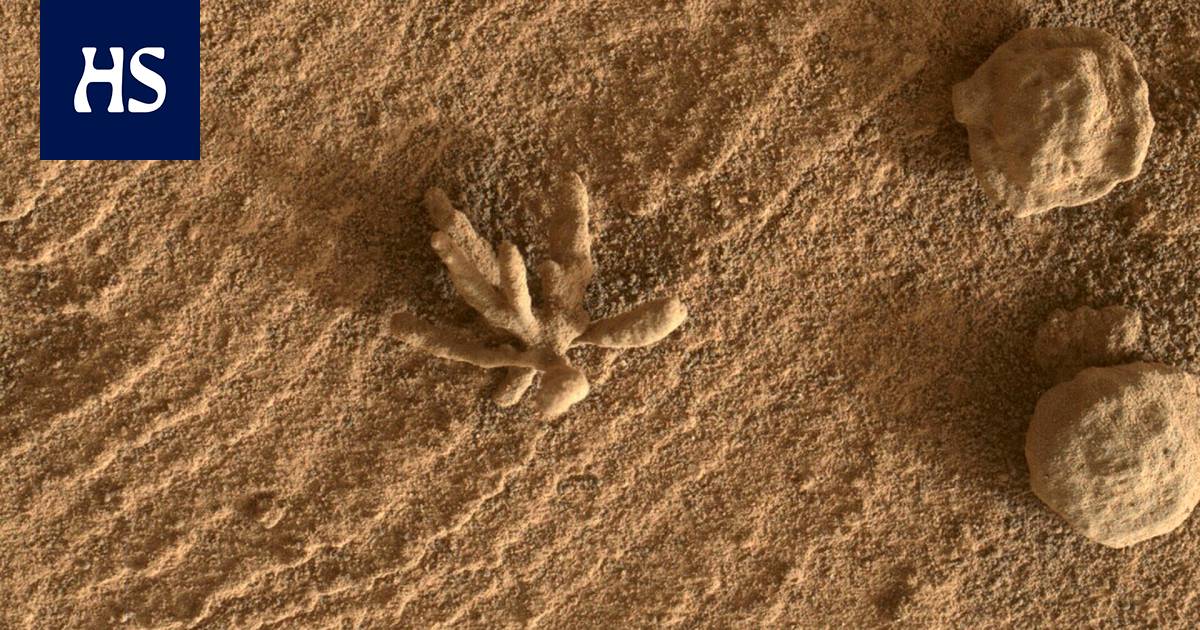 The Perseverance ATV has been behind it for over a year on the Jezero Plain. Eight rock samples have been collected to await transport to Earth.

Mars ATV Perseverance has been roaming the plateau of the Great Crater of Jezero for over a year. The exact anniversary was April 18th.

A six-wheeled ATV has more than ten kilometers on the odometer. Along the route Perseverance has stalled. It is drilled and stored in its pipes a sample of the stone if the stone appeared interesting.

During the winter, the ATV has now taken and sealed eight rock samples and a sample of its atmosphere to its “stomach”. There is still room for more than thirty.

It is hoped that all the samples taken will be brought to Earth sometime in the early 2030s.

Travel to be continued. Perseverance is entering a new phase, says U.S. space agency Nasa. It is the owner of the ATV and controls the ATV from California.

Perseverance stood near the estuary of the river for a moment in April, as if to inch to the eastern edge of the plateau.

The air traffic control calls the place the Three Forks, the three forks. There is a starting point for three different driving routes.

Nasa then launched the Delta Front program on April 18th. Perseverance ran first about a week to the southwest and then to the west.

The goal of the small hook was to find the best route, jtake along it would rise to the top of the estuary. It rises to a height of about 40 meters from the flat bottom of the crater.

The two options, called Cape Nukshak and Hawksbill Gap, looked the best. Those who chose the route leaned into Hawksbill Gap. On that route, the ATV gets to the top of the estuary faster.

“The Jezero Estuary is the best place to explore the geology of Mars and look for signs of life.”

That’s what Nasan said Thomas Zurbruchenwhen the second year of Perseverance began. break on astrophysicist and director of science projects at NASA.

“Signs of life can be found in the river canal, and Perseverance is ready with its equipment to find them.”

On the way to the estuary, Perseverance photographed a small rocky “flower” from Mars. Picture: nasa

In the estuary Perseverance describes and studies the deposits of Mars that have accumulated over millions of years.

The goal is the same as before: search – with state-of-the-art equipment – primitive life or its signs from Mars.

Scientists speculate that soil from different areas of Mars has entered the Jezero estuary along with the water of an ancient flowing river. Some of the land remained on the edges of the dried-up river and stratified.

To the top after reaching Perseverance passes through the estuary some distance up. The name of the stage of the trip is Delta Top.

The ATV already takes samples on the way up, eventually turns around and travels down.

The ATV will collect about eight more samples in six months on Earth.

In ancient times, the rocks were probably the bottom of a lake or river. The ATV also wounds fragments of rock upstream, perhaps miles away.

The rocks came with the ancient river from places the ATV would never reach. The river thus carried the geology of the planet directly in front of the ATV.

Perseverance rises to the top of the estuary again before long, but explores the scenery along a different route.

ATV Perseverance landed on Mars in exciting stages after February 18, 2021.

The ATV is designed to last on the red planet at least two years on Mars or nearly 1,400 Earth days – one year on Mars with 687 Earth days.

The small helicopter Ingenuity, which was taken to Mars with the ATV, has already flown more than 20 times in the thin atmosphere of Mars. In this image, it found the destroyed cover and parachute of a lander descending from the surface of Mars. Picture: nasa