Four astronauts returned to Earth after six months on the ISS 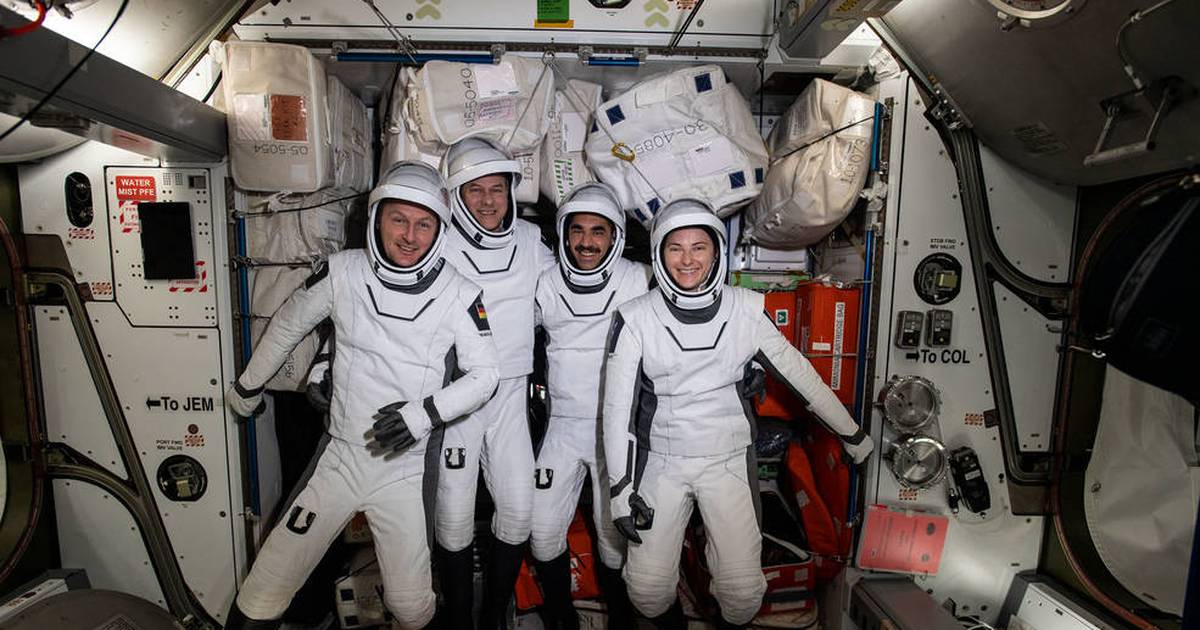 A SpaceX Crew Dragon capsule with four astronauts landed in the ocean off the coast of Florida in the early hours of Friday morning, ending a six-month mission to the International Space Station (ISS).

NASA’s Raja Chari, Tom Marshburn and Kayla Barron, along with German astronaut Matthias Maurer of the European Space Agency, returned to Earth about 24 hours after leaving the ISS.

The Crew Dragon capsule could be seen racing through the night sky before four parachutes were deployed to slow the spacecraft’s re-entry into Earth’s atmosphere.

“The Dragon landing is confirmed to be welcome back to Earth,” SpaceX tweeted.

SpaceX Elona Muska began flying with crews on the ISS 2020.

SpaceX brought four astronauts last week – three from the U.S. and one from Italy – to the ISS to replace the four that returned to Earth on Friday.

Maurer is the twelfth German to be in space, and his journey has been closely followed in Germany since its November 11 launch at Cape Canaveral, Florida. The 52-year-old astronaut is scheduled to return home by Friday night.

After accidents in 2011, NASA stopped launching its space shuttles and depended on Russian Soyuz spacecraft to transport its astronauts to the ISS until last year, when Musk, also a manufacturer of electric vehicles Tesla and recently the owner, took over the task with his Dragon capsule. social platforms Twitter.

California-based SpaceX was founded by Musk in 2002 and has sent seven manned spacecraft over the past two years.