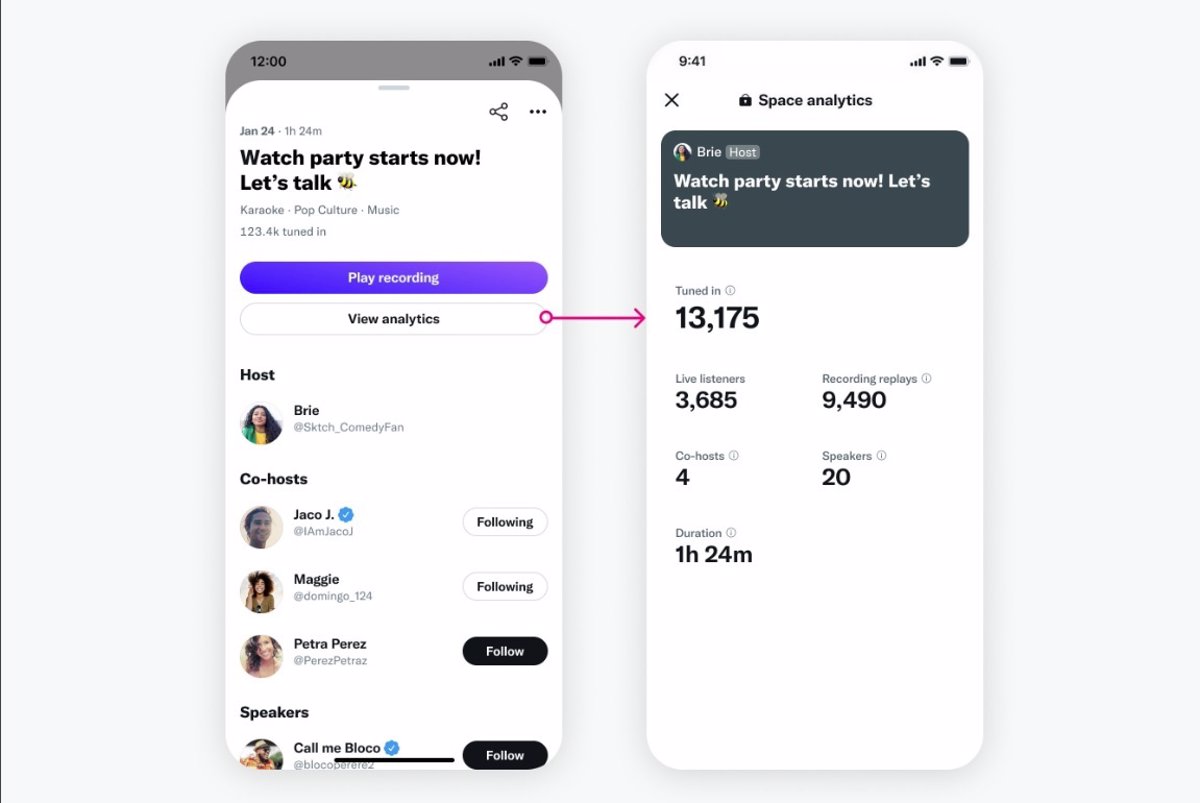 The spaces of Twitter, the social network service that allows you to hold audio-only events, have introduced audience analysis tools, which are complemented by new features to follow the administrators and give greater visibility to the conversations.

These metrics have been introduced in the Twitter spaces both in the Android application and in the iOS ‘app’, as the company has reported through a ‘tweet’ in the social network.

learn more about your Space ??Hosts and co-hosts on iOS and Android will now have access to analytics like total live listeners, total replays, and speakers — take a look and let us know what you think! pic.twitter.com/OrCDKJXOhx

The tool is accompanied by another one with which the listeners will be able to locate the co-administrators and participants of a conversation for follow them in the social network. This novelty will show a list with the people to follow once the event has finished. It is already available on Android, and will arrive “soon” on the iOS version.

On the other hand, and to give increased visibility into spaceTwitter is testing the possibility that after the creation of one of these events by an administrator, the platform sends an information card in the form of a ‘tweet’.

The company explains that listeners to the event will be able to reply to the card or even share it directly from the spacewith the aim of making it “easier to see and participate in the conversation”.

we’re testing a feature you’ve been asking forwhen some Hosts start a Space, a Space card will be sent as a Tweet so listeners can reply, engage, and share…straight from the Space! we hope it makes it easier to see and participate in the convo. now testing on iOS and Android! pic.twitter.com/ioB6xpSwZA