The UBA launched its own Metaverse, in a unique experience for the region 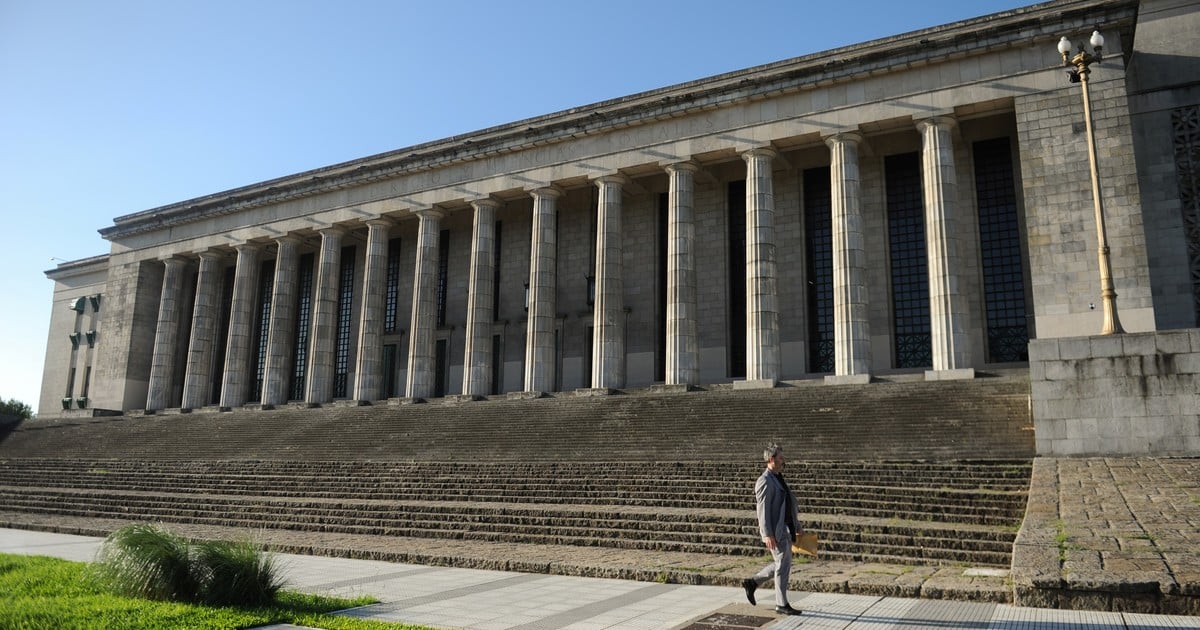 The University of Buenos Aires (UBA) launched this Thursday its own Metaverso a digital space whose stage is the law School and that resembles a video game, where students will be able to explore spaces, read, interact with each other about pedagogical content and talk with their teachers through graphic characters, called avatars.

As if it were the trailer of an animated movie, an avatar walks around the Floralis Generica sculpture, in the United Nations square, and then goes to the steps of the educational institution, where he enters and meets another person who tells him : “In the Metaverse we also have rights.” It’s just a small sample of the new interactive world which was presented this afternoon in the assembly hall of the Faculty of Law.

It is a new paradigm that opens with the Diploma in Metaverse and Gaming which will be dictated by the Laboratory of Innovation and Artificial Intelligence of the UBA (Ialab), a training that will address the subject from different approaches: the technologies and job opportunities that this world poses to the ethical question and the regulatory challenges.

The classroom will be the metaverse, the scenario that will be tried to be taught. “We developed a metaverse to explain the metaverse, and it is an experience that does not exist in any other Latin American university“, highlighted Juan Corvalán, director of training and Ialab, in dialogue with Télam.

The challenge of this diploma course is to generate a “pedagogical transformation strategy on the way of evaluating and reading, so that it becomes more interactive and immersive”.

As he explained, this first version of the metaverse “is a pilot test” and “the idea is to transfer it later to other contents and other faculties of the UBA.

During the presentation, there were references who addressed the different approaches to this universe. One of them was Lee Ullmanndirector for Latin America of the School of Management of the Massachusetts Institute of Technology (MIT), who considered “excellent that the UBA enters this world“, although he stressed the importance of “continuing to think about the social aspect of artificial intelligence on how to improve the lives of people and the planet”.

What is the metaverse and how is the UBA

Then, he delved into the characteristics of the metaverse: “There are different ways of defining the metaverse and today it does not have a finished version since it is in development, but in general terms it is known as a immersive universe that integrates virtual and augmented realitywhere different actions can be generated (such as in the physical world, for example buying in a supermarket) and whose gateway is avatars, which constitute a new mode of mediation with technology”.

“Today our mode of intermediation with technology is through clicks, window openings, the mouse/joystick or talking to a machine to do something, but what the avatar does is enrich that experience“, complete.

It is a more sophisticated expression that, in some cases, adds super realistic representation techniques as it happens with the characters of soccer players in some video games.

“In the case of the UBA we wanted to make it inclusive, so it will not be necessary to have a helmet to go through it and it can be done with the computer keyboard, as if it were a digital space,” he said.

People will be able to download an executable program of this first version of the metaverse on their computer, then choose their avatar (which are designed without gender) and finally start moving around the stage that includes the Law School and its surroundings.

With information from Telam.

One thought on “The UBA launched its own Metaverse, in a unique experience for the region”