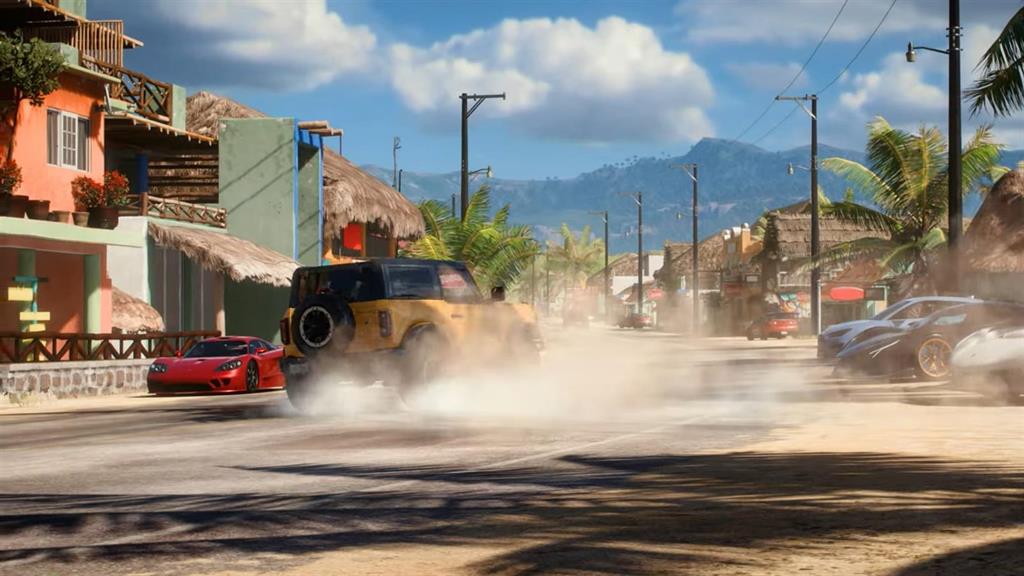 The video games Starfield, Stalker 2 and Redfall have been the protagonists of the Xbox & Bethesda Games Showcase event, held this Sunday in the framework of E3 2021, in which the Xbox studios have also shown the new Forza Horizon 5 racing, set in Mexico, for the new generation of Xbox Series X and S.

In its presence this digital edition of E3, the American company has announced 30 new video games, and 27 of them will be part of its subscription service, Xbox Game Pass.

Xbox has also celebrated in advance the 20 years of the company at the end of this 2021, as highlighted in his speech by the director of the brand, Phil Spencer, at an event in which news has also been announced and shown the way Halo Infinite multiplayer.

Another novelty has been Fallout 76: Kingdom of Steel, additional content that will be released on July 7 for players of the Bethesda shooter Fallour 76, while the Expeditions: The Pitt expansion will arrive in 2022.

Among the new video games announced at the Xbox event at E3, Starfield stands out, a new universe created by Xbox’s own studios, and the company has shown its first teaser trailer. The game, developed by the creators of Fallout 4 and Skyrim, has a spatial setting.

In Starfield, the human being faces his last journey, and will arrive exclusively on the next generation Xbox consoles (Series X and S) on November 11, 2022.

The event served as a framework for the presentation of the new first.person shooter Stalker 2, with 4K and ray tracing. This game, set in Russia and in which the player faces both human enemies and anomalies, has a radioactive setting. Stalker 2 will arrive on April 28, 2022.

Xbox has given new life to its classic saga of historical strategy Age of Empires, and has shown a trailer for its fourth installment, in which it has included historical characters such as Joan of Arc who will participate in the game’s campaign.

He has also set a date for his arrival in Age of Empires IV, set in the wars of Europe in medieval times, which was already expected in autumn but has been specified and will take place on October 28.

The studio of the creators of Dishonored and Prey, Arkane, within Bethesda, has presented a new intellectual property that will come exclusively to Xbox, Redfall, which will arrive in 2022 on Xbox Series X and S and PC.

The video game introduces the player to ‘shooter’ battles between several players who face hordes of vampires of different types, which have put humanity in check.

For its part, the racing video game Forza has received the announcement of a new installment of the saga, set in different landscapes of Mexico, Forza Horizon 5, which will be available on November 9 for the new generation of Xbox Series X and S consoles. –

It is the largest and most varied open world so far in Forza, according to Xbox’s own studies, with a new campaign mode that begins in the jungle and in which the player has to explore Mexico. Xbox has showcased the game’s cooperative mode, as well as a player.versus.player battle royale mode.

Other new modes are the customizable EventLab, in which players can build their own challenges, as well as another variant in which you have to run over piñatas in the streets.

Forza Horizon 5 features elements such as murals by real artists or the active Caldera volcano, between Pueblo and Veracruz, the highest point in the game. HDR footage of real Mexican landscapes has been incorporated into the game on Xbox Series X.

Warner Bros and Turtle Rock have announced a preview of their Back 4 Blood zombie video game, launching this fall on October 12, and have introduced their new campaign and player versus player modes.

Xbox’s own studios have also shown content from the new Contraband video game, which will be multiplayer and open world.

The pirate video game Sea of ​​Thieves has shown new content for the new season, A pirate’s Life, which will arrive in the game on June 22 for free. It will be set in the Pirates of the Caribbean universe, the Disney movies, with appearances like Jack Sparrow and Davy Jones.

The video game studio Dice has shown new content for its new war title Battlefield 2042, with new elements such as weather events and action in the new third.person shooter that will arrive on October 22 of this year on Xbox and PC.

Well.known actors such as James McAvoy and Willem Dafoe are taking part in the new video game Twelve Minutes, an interactive thriller from Annapurna Games starring a man trapped in a time loop that will arrive on August 19 exclusively for consoles.

The new announcements have continued with that of A plague Tale: Requiem, the second part of the adventure game saga. It will arrive in 2022, and will be available from the beginning on Xbox Games Pass, with features such as 4K and 60fps.

Winter sports were also featured in the Xbox event at E3, with a new snowboarding title, Shredders, coming in December 2021.

The online game Among Us also wanted to have a leading role at the conference and the trailer for its next update has been shown, which allows games of up to 15 players with three imposters, among other news already announced.

It has also announced the arrival of the new Microsoft Flight Simulator to its Xbox Series X and S consoles, which will take place on July 27, with additional content in collaboration with the Top Gun movie saga.

Among the new games shown at the Xbox event are Psychonauts 2, available August 25; Somerville, which will launch in 2022; hellish.themed action RPG Diablo II Resurrected (optimized for 4K and 60fps, coming September 23); Slime Rancher 2; Atomic Heart; Replaced; The Ascent, July 29; the second part of The Outer Worlds;

In addition, among the existing games that reach the Xbox Games Pass catalog are Yakuza: Like a Dragon (from this Sunday), Party Animals or the indie Hades (August 13), among the 27 novelties for the catalog this year announced at the event.