The project of rapid protein analysis was presented at Ruđer: They want to shorten the whole series of searches… 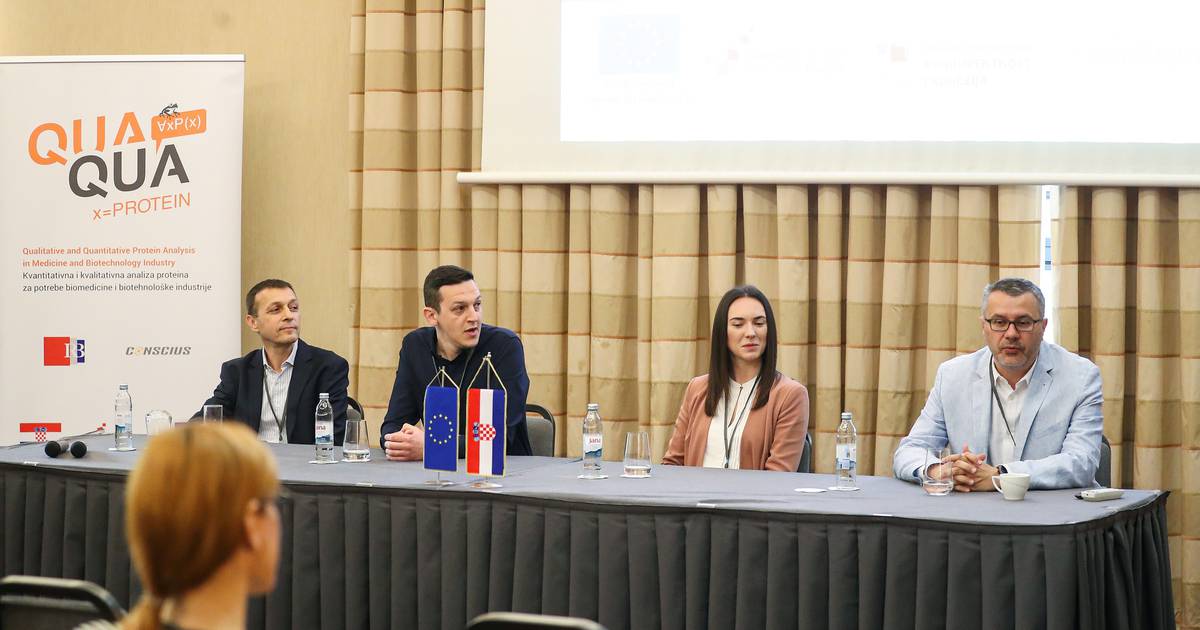 The project is being carried out by the Laboratory for Bioanalytics of the Institute of Molecular Medicine of the RBI in cooperation with Conscius, and should result in finding an innovative reagent that would protect the institute as a patent in the Western market.

A total of 20 Croatian scientists, including new employees, should work on the project called “Qua / Qua protein”, and state-of-the-art equipment will be procured.

Project manager Mario Cindrić said that with the help of a high-resolution mass spectrometry device, it will be possible to efficiently analyze proteins and thus quickly identify a large number of biological species and shorten a large number of diagnostic tests.

The total value of the project is HRK 8.1 million, of which HRK 6.8 million was provided from the European Regional Development Fund – Operational Program Competitiveness and Cohesion 2014-2020.

After the press conference, a workshop “Women in Science and Entrepreneurship” was held, which aimed to popularize the role of women in science, technology, engineering, mathematics and entrepreneurship.

Investing in scientists and entrepreneurs is the most important resource that needs to be provided, because research shows that women in science and entrepreneurship will be leaders in the future development of STEM, ie the overall economy in Croatia, it was said.