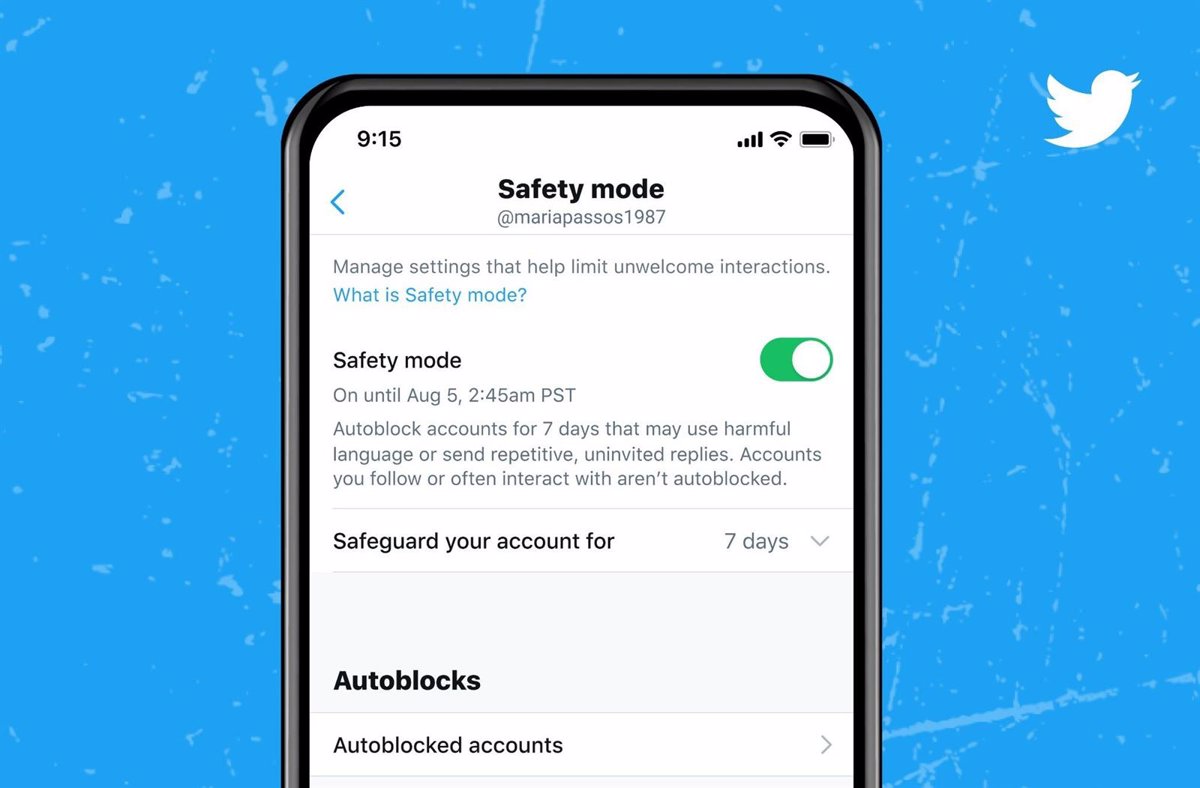 Twitter has introduced its new safe mode, a test security feature that automatically block abusive content of the platform so that the user does not see it, including harmful language, hateful, repetitive or unwanted comments.

Safe mode aims “limit overwhelming and unwanted interactions“on the platform and ensure healthy conversations, as reported by Twitter in a statement.

For it, temporarily blocked for seven days accounts that post abusive content, something that is automatically detected. These accounts they cannot see the user’s tweets, follow him or send him direct messages during this time.

Among the contents blocked by Twitter’s safe mode are potentially harmful language, name calling, or hateful comments, as well as the accounts they send Repetitive and unwanted responses or mentions.

The new function evaluates the probability of a negative interaction when consider both the content of the tweet and the relationship between the author and the one who responds. Accounts that the user follows or frequently interacts with will not be automatically locked out.

Twitter has explained that safe mode locks can be viewed and undone at any time from the configuration section of the social network.

At the moment, Twitter’s new safe mode is being tested between a small group of users in its version for iOS, Android and on its website, starting with accounts that have English language settings enabled.