When Las Vegas grows up in Split, and Tesla and Archimedes play roulette … 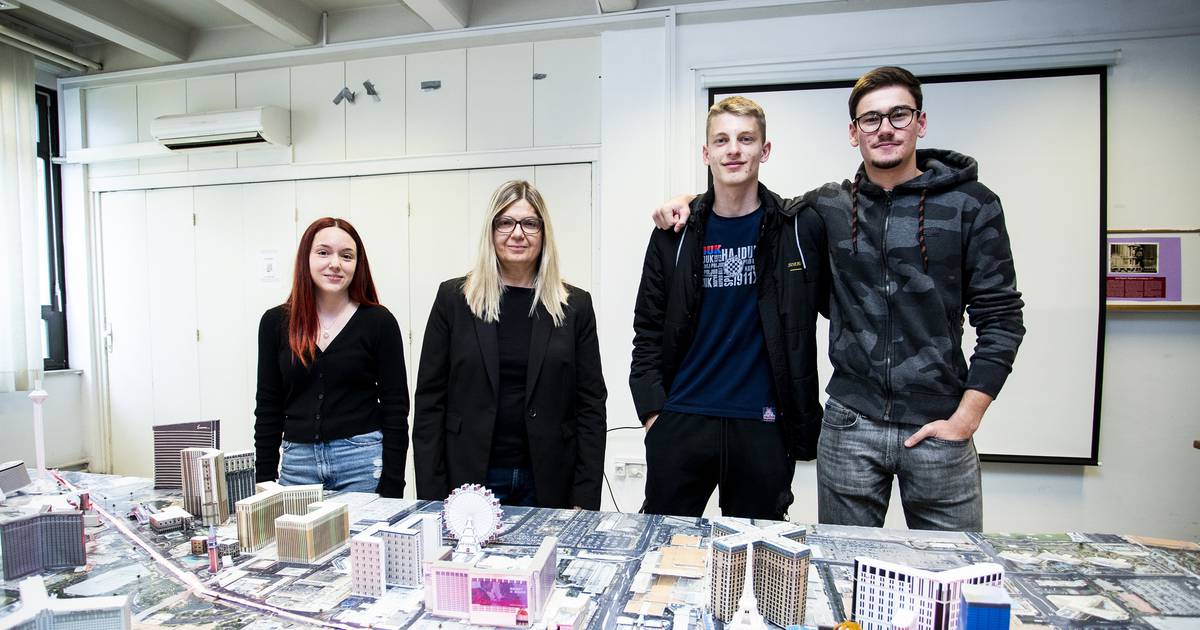 Yes learning, science and history can be fun, showed the students of the Civil Engineering and Geodesy Technical School in Split and their professor Vanja Perišin Ćorić at this year’s Science Festival in Split.

On that occasion, they sent all the participants of the festival to Las Vegas in a time machine and introduced them to the character and work of two of the greatest scientists without whose inventions the life we ​​know today would not be possible, namely Archimedes and Nikola Tesla.

They arrived by time machine

– It was a story that Archimedes and Tesla were arriving on Tesla’s time machine on the 115th anniversary of the founding of Las Vegas. Why? If it weren’t for Tesla, there would be no Las Vegas, electricity in that form, and even Archimedes had some inventions that are used today for hydroelectric power plants – Professor Vanja explains the background of the whole story.

Namely, the students made a large model of Las Vegas, more precisely the Strip, where the biggest hotels and attractions that attract the most attention are located. That is why the Eiffel Tower, pyramids and even Trump’s seat can be seen on the models of valuable students.

They played them convincingly

– In the beginning I was very scared, there was a lot of work because it was a big bite, but we succeeded – she said Sara Nazorwho participated in making the model.

To keep whole the story was even more interesting, Nikola Tesla and Archimedes are coming to their Las Vegas time machine – what else but to play roulette ?! That part was conceived as a play for children who came from primary school to this year’s Science Festival. According to the script, the students Luka Grujović i Toma Tešija with the costumed professor playing great scientists, and the student Laura Radić, according to the script, he wants to do an interview with them in Las Vegas. But Archimedes then loses the key to the time machine, and the search for him through the “escape room” and tasks involves children, whose goal is to find the key and send Archimedes and Tesla back to their time. Students could also try on VR glasses, all in the spirit of real Las Vegas.

– It was very interesting, the children reacted nicely, and the guys who acted were extremely authentic, some children even wanted to take pictures with them – the professor reveals.

This year, the Split Science Festival, after a break due to the crown, offered rich content from all fields of science.

What is phytoplankton, what new species of fish have been found in the Adriatic and how do anchovies live? These and many other questions were answered by students from many Split schools at the Science Festival in Split. As part of the festival, BIOS DVA, a scientific research ship owned by the Institute of Oceanography and Fisheries Split, opened its doors to students and everyone else. The festival, organized by the local university, is being held again after a two-year break, and in three days it has offered a variety of lectures and workshops on various topics, from sea research to robotics and healthy living.

One thought on “When Las Vegas grows up in Split, and Tesla and Archimedes play roulette …”