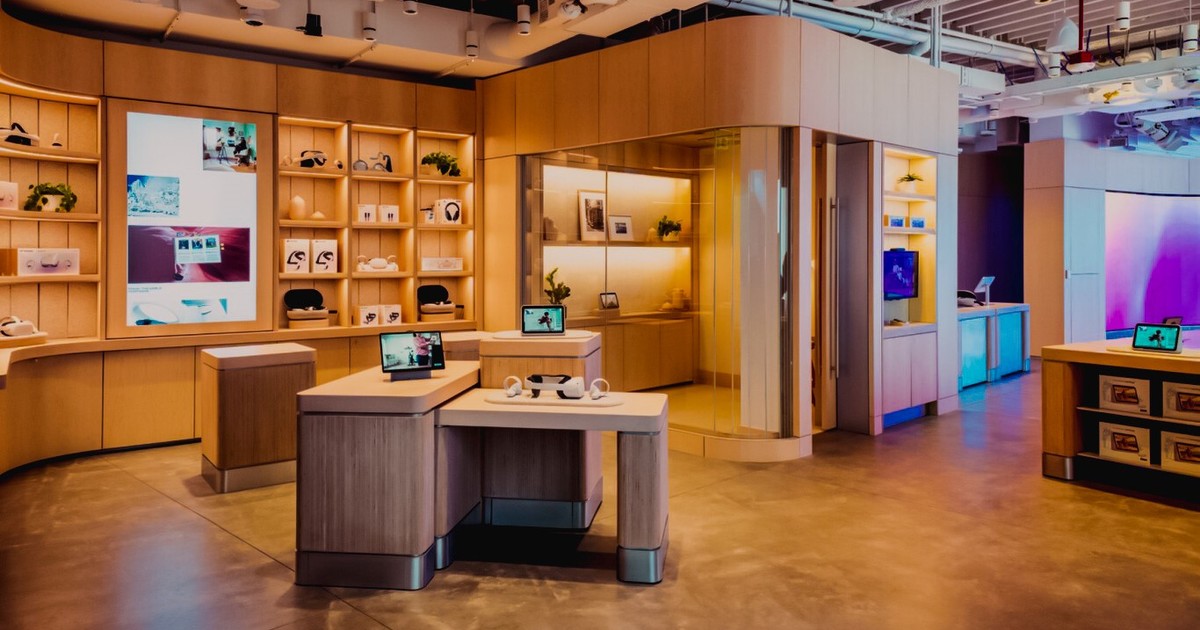 This week it opened its doors Meta Facebook Store, which represents its first commercial space of the giant of social networks. It works in the same campus of the company, in Burlingame, California. They consider it “their first physical retail space” as a variant of the Apple model, albeit under the supervision of Mark Zuckerberg.

In this space, Meta, the parent company of Facebook, doesn’t just want to sell its virtual reality headsets, video chat devices and glasses. The firm goes one step further and wants people to access its new products in a physical store.

The sumptuous premises in Meta have an area of ​​450 square meters and at the moment, only will have three products on display: Meta Portal Go, Oculus Quest 2 and Ray-Ban Stories. The first two can be purchased both at the establishment and through its website, while the glasses will have to be purchased on the Ray-Ban page.

The main objective of the store, they point out, is not the commercialization of hardware, but to show the real possibilities of these products and demonstrate to consumers the possibilities that open up with the metaverse in the future, when it is fully developed.

The first commercial premises with the Meta seal.

At certain times there will be interactive demonstrations of some products and it will be possible to experience first-hand this technology that introduces an intangible universe. In this way, the entrepreneur seeks to have more visibility of the articles that were only found on the web.

“Once people experience the technology, they can better appreciate it. If we did our job well, people should go away and tell their friends: ‘You have to go see the Meta Store,'” Martin Gilliard, head of the Meta Store, explained in a statement.

Meta’s first store aims to lure consumers to the #metaverse

The company is taking the next step in its evolution away from being an ad-supported social network to a hardware-driven tech company for the metaverse age, with the opening of its first-ever retail store#NFTs #web3 pic.twitter.com/PjDo1BIeRO

Facebook had tried to showcase its VR headsets on small islands at Best Buy. In 2017, it suddenly shut down hundreds of demo channels for its Oculus Rift VR, citing “seasonal changes.” Since then, Facebook has caused even more excitement for the metaverse by changing its name to Meta.

How is the metaverse project going?

1/ True story of the first day of Meta Store…
Arrived 30min before the open. Almost nobody was there…

There was little ceremony and tape-cutting

After opened, people came and 20~30 people were in the line to wait. Most people are local or employee of Meta.#Meta #metastore pic.twitter.com/IHDsH2uDfW

The development of this virtual platform is progressing at a slower pace than Zuckerberg intended, due to the deterioration of the company’s results in the last six months and the unfavorable economic context it has been experiencing.

To this are added Apple’s privacy changes and the reputation crisis that lives from the Facebook Files, have made Meta has temporarily frozen the hiring that it so much needs for the development of the metaverse.

However, in terms of hardware, it plans to launch at least four new models of virtual reality (VR) headsets before 2024. One of the most ambitious is Project Cambria, which was announced during Facebook Connect 2021, the conference in which Zuckerberg announced that the company was renamed Meta.

It is a new high-end VR headset that Meta could launch this year. It will run on its own embedded processor just like the Quest series and will use Meta’s proprietary VR operating system, which is based on Android.

Now available the open standard Matter 1.0 for the connected home